What Sorrow Reveals: How Billie Kubly Transformed Tragedy into a Mission

“Sorrow doesn’t change someone, it reveals them,” observed the author P.S. Jagadeesh Kumar. Billie Kubly’s sorrow revealed an inner drive to help others and a voice to advocate for change.

When Billie talks about Charlie, her youngest son, it is with obvious pride and love. But there is also a catch in her voice and occasionally her eyes well with tears.

To the outside world, Charlie was funny and adventuresome, an accomplished skier who also liked tennis and sailing and was working to earn a pilot’s license. An entrepreneurship major at the University of St. Thomas, Charlie worked in the finance industry in Milwaukee and was developing Care by Air, a company that sent care packages from parents and friends to college students.

But inside, Charlie struggled.

Despite numerous treatments and therapy, in October 2003, Charlie died from suicide at age 28 after a lengthy battle with depression.

The Kubly family was devastated by Charlie’s death. Still, Billie’s immediate thought was to help others.

“I don’t want anyone to have go through what I went through,” she says. “I never talked about it when he was alive because he asked me not to. But after, I thought, ‘No, we’re going to come out and talk about this.’”

Using $130,000 in memorial gifts, Billie and her late husband Dr. Michael Kubly, a 1963 graduate of the Marquette University School of Medicine, the predecessor institution of the Medical College of Wisconsin (MCW), established the Charles E. Kubly Foundation, a public charity that funds projects and research aimed at reducing suicide and erasing the stigma that shrouds depression and suicide. 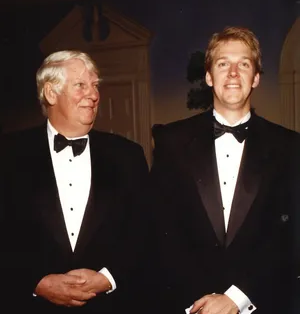 The foundation hosts the Beyond the Blues event every year to fund its philanthropic work. The name entwines both Charlie’s love of blues music, especially John Lee Hooker, and the family’s goal to help people navigate through and beyond depression.

But the foundation is only a fraction of Billie and Michael’s philanthropic work to help prevent suicide. They have made several gifts to the Medical College of Wisconsin to fund numerous psychiatric and behavioral medicine programs and research projects, including:

The most recent statistics available from 2020 show Wisconsin’s suicide rate of 14 suicides per 100,000 people is higher than the national rate of 13.5 per 100,000. The state’s suicide rate increased 40 percent between 2000 and 2017, particularly among the most vulnerable, including veterans and people living in urban areas.

“A national study found that reimbursement for mental health care was 24 percent less than it is for primary health care,” says Dr. Lehrmann, who is also chair of the Department of Psychiatry and Behavioral Medicine. “A repeat study found that in Wisconsin, reimbursement for mental health care is 44 percent less than it is for primary care. We’ve been able to do a lot of what we do because of Billie. She has turned tragedy into a mission. She is a difference-maker and an agent of change.”

“Having the level of expertise that comes with this new endowed faculty position will push our work to the next level,” says Terri deRoon-Cassini, PhD, MS, director of the Comprehensive Injury Center. “We will be able to get to evidence-based interventions more quickly. I think this can push Wisconsin to the forefront of suicide research.”

“I am so grateful that we have the means do this,” Billie says. “It’s so rewarding. I always told my children growing up, that you have to make a difference, even if it’s only for one person in your life. I never dreamed I would be doing this kind of thing, reaching so many people in my son’s name. I love that part.”

But Billie does more than make donations. She also serves as a one-woman suicide hotline, giving out her phone number and taking calls from people in crisis. 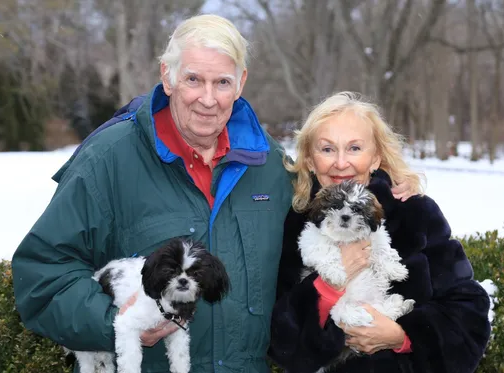 “When people call me, I just want to help them so badly,” she says. “They don’t have the resources to find out where to go and what to do. I’m very lucky. I’m connected to Rogers [Memorial Hospital], so I can call them, and they respond to me right away. The same with the Medical College of Wisconsin. The foundation has a newsletter and sometimes I write an article and say, ‘Please call me.’ And I give out my phone number. I’ve never had anyone call me that isn’t sincere about getting help. The more I can help, the better I feel.”

When he was alive, Charlie didn’t want Billie or the rest of his family to talk about his depression. But Billie thinks he might have a different mindset today.

“I think Charlie would be very proud of us,” she says. “Maybe now he would wish that he did talk about it. But he’s already all over the city and all over the country.” Billie gave a hearty laugh. “So, he’s probably going, ‘Oh my gosh mother, you’ve overdone it.’ He had a great sense of humor.”