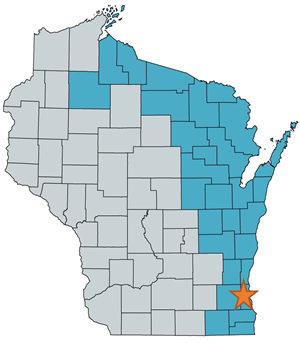 Our services reach 29 counties and 3.4M residents, more than half (58.6%) of Wisconsin’s total population. The MCW Cancer Center is home to a distinct region that includes large and underrepresented populations who experience significant disparities in cancer rates and outcomes.

High rates of cancer among these populations are exacerbated by ingrained social and economic challenges. While 14% of all residents in our area are below the poverty line, the rate is much higher in the city of Milwaukee (29%), and even higher for Hispanics (32%) and African Americans (40%).

Community Outreach and Engagement efforts are focused on helping our researchers, clinicians, and community members to better understand and intervene in the social determinants that influence cancer disparities.