Enduring pain for someone she loves

Microbiology & Immunology graduate student Kristen Westdorp had run two marathons in her life prior to 2016, but the second one was more than eight years in her past, and she was ok with that. She was diving into her graduate studies, running a casual five miles three times per week, and doing the types of things other students do to fill their time. But then her mother, Cheryl, was diagnosed with Huntington’s disease in 2014 at age 50, and, as can be expected, her perspective began to be shaped and colored by the human devastation taking place before her eyes. 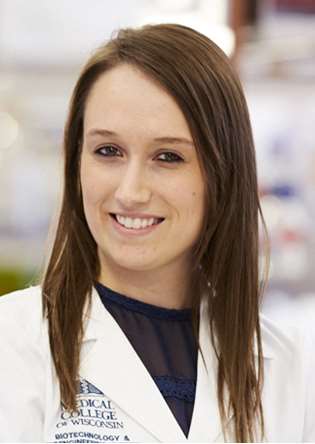 To learn more about the disease and raise awareness, Kristen became involved with the Huntington’s Disease Society of America shortly after her mother was diagnosed. Then, this past April, the society sent out an email looking for people to apply to be part of a 23-runner team that would run in the New York City marathon on Nov. 6 and use the opportunity to raise awareness and funds for the society. Kristen immediately took herself out of marathon retirement.

“I knew the training and the marathon would be a challenge, but I also knew it would be nothing compared to the challenge my mom was going through every day,” Kristen said as she shared that Huntington’s disease had been explained to her as a cross between Alzheimer’s disease and ALS, and that there is no treatment available to slow its progression.

Kristen is in the fifth year of her graduate studies and plans to graduate in May. Her research focuses on the human cytomegalovirus and the effect of antivirals on viral replication. After seeing what her mother is going through, and what her grandfather, who also had Huntington’s disease, went through, she has become passionate about neurological disorders and may eventually change the focus of her research.

But that is a decision for tomorrow. At the moment, she continues to bask in what she accomplished on Nov. 6 in New York City.

“It was very fulfilling to cross the finish line after training all summer, and to help the Huntington’s Disease Society of America raise more than $100,000 to study a disease that has impacted my family so much,” Kristen said with a smile on her face. But then her smile grew exponentially.

“My mom hasn’t left home in a while, and she got on a plane and traveled to New York City for the marathon.  I got her a ticket to sit at the finish line, and I saw a genuine smile on her face when I finished. That meant so much.”