Michele Battle, PhD, associate professor of cell biology, neurobiology and anatomy, has experienced tremendous success in terms of grants, published papers and accolades since arriving at MCW in 2003, but the effort that makes her proudest is the success of the students she has mentored. 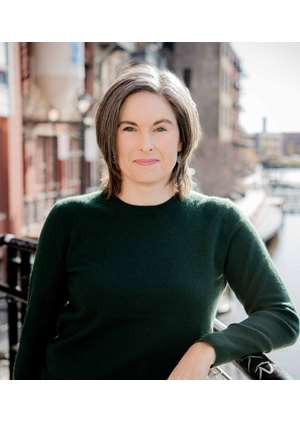 “The most enjoyable part of being on the MCW faculty is interacting with students in either their course work or when doing hands-on work in the lab, and helping them define and pursue their professional goals,” Dr. Battle said.

Since she started her lab in 2008, Dr. Battle has trained three students; two went on to positions at prestigious academic programs, and one obtained a position in private industry. All three published first-author papers in leading journals while working in Dr. Battle’s lab.

Her passion for mentoring comes from her original MCW mentor, Stephen A. Duncan, DPhil, who has since taken a position at the Medical University of South Carolina. Dr. Battle credits Dr. Duncan for helping her grow and develop into the researcher, mentor and colleague she is today.

“I have been fortunate, and hope to be able to give back by developing productive scientists who continue to be curious,” Dr. Battle said.

Dr. Battle, a stem cell and developmental biology researcher, came to MCW as a postdoctoral fellow in 2003 and worked in Dr. Duncan’s lab until 2008. She then became an instructor and an assistant professor a few months later. In 2007, she received the inaugural Edward J. Lennon, MD Award for an Outstanding Women Postdoctoral Researcher. The goal of her research lab is to understand the fundamental mechanisms that regulate normal development and function of the gastrointestinal tract and how alterations in these processes lead to diseases such as inflammatory bowel disease and cancer.

Dr. Battle recently received two grants, one from the Department of Defense and the other from the National Institutes of Health. One study will examine how sensory neurons function to protect the epithelial cell lining of the colon during inflammatory diseases like Crohn’s disease and ulcerative colitis. The other study will investigate a possible molecular mechanism contributing to the pathogenesis of Barrett’s esophagus and esophageal adenocarcinoma.