He is published, sought out and an acknowledged leader in his field...

He is published, sought out and an acknowledged leader in his field, but what you hear about is the impact he has had on others. “I would consider one of my biggest professional accomplishments to be the students I mentored through the years, and the collaborations I continue to have with some of them,” Dr. Spellecy said.  “It is satisfying to see their growth.” An explanation of what he hopes his legacy will be offers similar results. 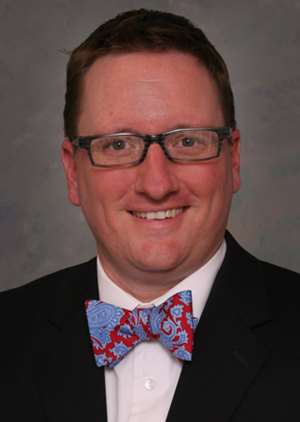 “More than anything, I want to be known as an excellent and decent human being,” he added.

Dr. Spellecy has been a member of the MCW faculty since 2002 and has used his expertise in research ethics and ethics in psychiatry and to contribute as an educator, scholar, ethicist and chair of an Institutional Review Board. His research focuses on informed consent, ethical issues in mental and behavioral health care and community-engaged research.

Dr. Spellecy received the 2015-2016 Outstanding Graduate School Teacher Award from the Graduate Student Association and was quite honored.

“I was proud of that award because many of the students who nominated me weren’t in bioethics,” he said, “so I feel like I was able to expand the reach of the people I impacted and helped.”

Dr. Spellecy enjoys his work and his chance to teach, and some of that has to do with the environment at MCW.

“I meet people across MCW who have immense talent, character and skill sets, and we have been able to work together to accomplish some great things as a result,” he said.

One of the things he contributed to and helped accomplish is making MCW’s IRB processes more streamlined and transparent – a topic near and dear to him. He is involved in a national clinical trial evaluating a novel, easier to read informed consent form.

Talk to him for any length of time, and you’ll walk away with the sense that if he pulls it off, he will be proudest of the impact the elimination of the forms has on others.

You can read more about Dr. Spellecy on Center for Bioethics and Medical Humanities website.