Himanshu Agrawal, MD, DFAPA, an associate professor and psychiatrist at the Medical College of Wisconsin (MCW), took the hard road to find success in America. But to do so, he needed help along the way. Now, he’s looking for ways to help others.

“Paying it forward,” he says.

Dr. Agrawal, his wife, Sarah Thordsen, MD, FACC, an assistant professor at MCW who specializes in cardiovascular medicine, and his father-in-law, Edward Thordsen, teamed up to start the nonprofit, Raising Equity in Science, Technology, Engineering and Mathematics, or RESTEM, as their way to give back.

Launched in the summer of 2022, RESTEM is a program that helps current or prospective STEM students facing inequities cover expenses that could prohibit them from reaching their full potential. 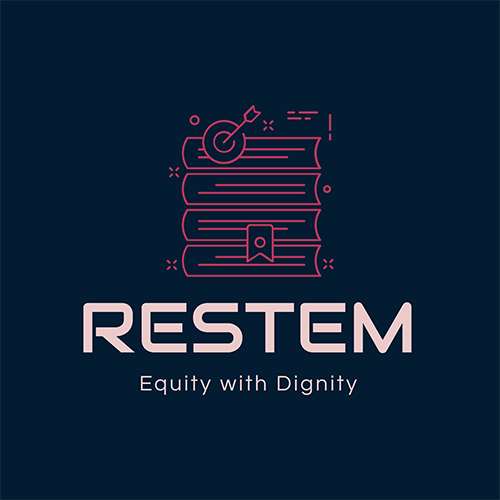 “Help from the program could include funding for airfare to interview for a residency, a new computer, skills training or something as basic as getting a tuberculosis test,” Dr. Agrawal says. “It’s like a GoFundMe that’s tax deductible.”

An important difference between RESTEM and other aid organization is that applicants do not need to explain their challenges to receive aid. All they need to do is ask and make a commitment for the future.

“It’s humiliating to have to answer the same questions over and over again when asking for help,” Dr. Agrawal says. “This will not be a loan. There will be no need for a repayment. All we ask for is a promise that they’ll pay it forward someday, however they can.”

His drive to help the next generation of STEM students was shaped by the struggles he faced after arriving in the United States from India. It was just a few months after September 11, 2001, when he came to the country to interview for residency programs.

“It was a horrible time for the country and also horrible timing for international medical graduates,” he recalls.

He remembers his mother using the last of her retirement fund to buy a $150 bus ticket that would take the aspiring physician to visit several potential sites. As he began his journey, Dr. Agrawal still had to worry about where he’d sleep at night. Fortunately, he got help from several others as he made his journey. Among them was Dr. Konark Sharma, a senior from his medical school who was pursuing a residency in Cleveland at that time.

“Koni sir, as he is lovingly called, opened the doors to his home and heart, free of charge to me for three months,” Dr. Agrawal recalls. “He fed me, counseled me, comforted me. Without people like him, I’m not sure if I would have been able to make it through residency.”

The idea on how to pay that fortune back was born at the dinner table through conversations with his wife and father-in-law. The idea for RESTEM drew from their collective experiences.

“We’ve seen our share of inequity, and we want to make sure that we help the next generation,” Ed Thordsen says, who painted houses as a child to help his single mother. Thordsen ultimately went on to serve as the vice president of sales for a multinational company during his career.

The first step for the team was to talk to students to see what would be most helpful to their medical journeys. Surprisingly, Dr. Agrawal says, their needs and struggles were not that different from the ones he faced decades ago.

“It was sobering to hear that some of our own medical students, including American citizens, were facing the same inequities I had 22 years prior,” he says.

Another challenge that they learned was that the costs for applying to residencies had gone up exponentially, creating a major financial challenge for students.

To help fund RESTEM, the team has been seeking outside support. So far RESTEM has been able to raise $3000 in donations so far. “It’s not much, but it’s a start. And perhaps for someone, it could be a game changer,” Dr. Thordsen says.

As for reducing the stigma that comes with asking for help, Dr. Thordsen assures that all aid provided will remain private. “Our aim is to treat everyone with the equity, dignity and respect they deserve,” she shares. “Details about individuals who receive help will not be made public.”

Anyone interested in supporting the project, or availing the resources, should email the RESTEM team at shrink23@gmail.com.

“The goal is to help as many people as possible,” Dr. Thordsen explains. “Overall RESTEM is a way to not just financially help STEM students but help shape them as future professionals as well.”

In addition, those who receive help are often more predisposed to help others in turn. “Where they’re headed, they’re in a unique position to pay it forward because they will be the leaders in society,” Dr. Agrawal says.

Additional information on RESTEM is available on the RESTEM website.