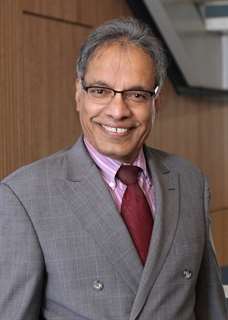 The following content originally appeared in the September 2020 issue of the Office of Technology Development’s newsletter, Developments.

Dr. Balyanaraman Kalyanaraman has worked closely with OTD since 1997, during which he has been named as an inventor on 41 inventions and 21 United States patent applications. Recently, OTD signed an exclusive license to one of the novel drug candidates developed by Dr. Kalyanaraman’s laboratory in collaboration with researchers at Iowa State University. The licensee, based in Scotland, is focusing on therapeutics for Parkinson’s disease. We look forward to this novel drug providing better lives for people with Parkinson’s. Dr. Kalyanaraman’s inventions are true examples of knowledge changing life.