Honoring Distinguished Service at the Medical College of Wisconsin

MCW is pleased to recognize three individuals (whose outstanding achievements are reflected below) by bestowing on each of them the Distinguished Service Award at MCW’s Convocation Ceremony on September 24. This award is the institution’s highest faculty and staff honor. 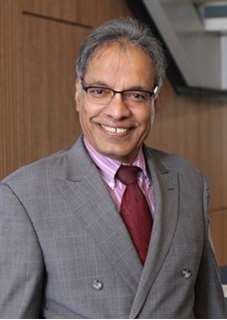 Balaraman (Raman) Kalyanaraman, PhD, Harry R. & Angeline E. Quadracci Professor in Parkinson's Research and chair of the Department of Biophysics, joined MCW as a postdoctoral fellow in 1981. In 1984, he became a certified diplomate of the American Board of Toxicology. He was promoted to assistant professor of radiology that same year, to associate professor in 1989 and to professor in 1994. Over his 36 years as an MCW faculty member, he has served on numerous committees, advanced MCW’s academic and educational activities and provided leadership to his department, the Cancer Center and the institution. Dr. Kalyanaraman is an internationally recognized expert on free radical biochemistry and biology. He has authored over 400 research articles and more than 60 reviews and book chapters, and holds eight patents. The National Institutes of Health has supported his research continuously for 35 years.

An authority on the fundamental biochemistry of free radicals, Dr. Kalyanaraman has developed novel approaches that have contributed to the growth and development of this scientific field. He has applied these methods to advance understanding of the role of mitochondria in cancer, Parkinson’s disease, cardiac injury, neuronal injury and vascular biology. His lab’s findings in these studies have significant therapeutic implications. Dr. Kalyanaraman’s research contributions have been recognized with numerous awards, including the Silver Medal for Biology and Medicine from the International Electron Paramagnetic Resonance Society and the Lifetime Achievement Award from the Society for Free Radical Biology and Medicine. He is a member of the MCW Society for Research Excellence.

Dr. Kalyanaraman demonstrated foresight of future research directions in mitochondrial metabolism, bioenergetics and redox signaling in cancer. He founded and began directing the Free Radical Research Center in 2000, and in 2011, the Redox and Bioenergetics Shared Resource within the MCW Cancer Center. This resource, which now encompasses the Free Radical Research Center, has prompted a growing number of scientists, many of whom specialize in cancer, to incorporate bioenergetics into their research, and has led to an increase in extramural funding.

Through his role as associate director for basic research at the Center for Disease Prevention Research, Dr. Kalyanaraman has exemplified the importance of investigator-initiated drug discovery research. Within this resource, he has encouraged collaboration among basic and clinical researchers and promoted increased understanding of disease mechanisms, with the goal of preventing diseases and mitigating their severity before they occur. This center is vital to translating basic research into useful clinical prevention and innovation strategies.

Dr. Kalyanaraman has served on the editorial board of Biochemical Journal and as associate editor of Free Radicals in Biology and Medicine and Free Radical Research. He is a reviewer for most of the leading biochemistry, cardiovascular, neuroscience, cancer and chemistry journals. He has served on numerous NIH study sections and various grant review panels in the US and across the globe. More than 50 research scientists, postdoctoral fellows, graduate students and undergraduate students have benefitted from his mentorship, as have hundreds of graduate and medical students from his teaching activities.

Having served MCW for 40 years through outstanding scholarship and leadership, Dr. Kalyanaraman has enhanced MCW’s national and international visibility through his research, extramural teaching and participation and leadership in review panels, conferences and symposia throughout the world. 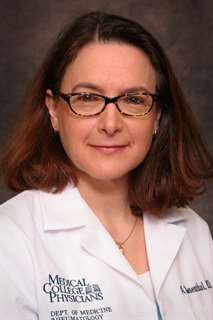 Ann Rosenthal, MD, Will & Cava Ross Professor of Medicine, chief of rheumatology and director of the MCW Arthritis Institute, has been a member of the MCW faculty since completing her rheumatology fellowship here in 1990. Dr. Rosenthal also serves as associate dean for research and associate chief of staff for research and development at the Clement J. Zablocki VA Medical Center. She has devoted her academic career to exploring the basic pathophysiology of crystal deposition diseases, educating and mentoring students and trainees, and practicing rheumatology with a focus on the diagnosis and treatment of patients with complex rheumatologic disorders.

Over the last 30 years, Dr. Rosenthal has provided committed service as a clinician, educator, researcher and administrator. She has been an exemplary educator, mentor and advocate for faculty career development, especially for women. From 2012 to 2019, Dr. Rosenthal served as vice chair for faculty development in the department of medicine. She served on MCW’s Women’s Faculty Council (now the Council for Women’s Advocacy) from 1996-2000 including as Chair from 1999-2000. Dr. Rosenthal led the WFC to understand and address the needs of senior women faculty members at MCW. Dr. Rosenthal continued her leadership in advancing women at MCW as a 2012-2013 fellow in the Hedwig van Ameringen Executive Leadership in Academic Medicine® (ELAM) program at Drexel University. The ELAM fellowship is a highly competitive and prestigious program designed to promote women leaders in academic medicine.

On the national and international levels, Dr. Rosenthal has mentored early career faculty members through the US/Canada Bone and Joint Initiative, which strives to increase the quality and quantity of musculoskeletal research in North America. Dr. Rosenthal works with the Young Investigators Workshop and has mentored young investigators in early stages of their academic careers. The exceptional level of support of trainees and faculty by Dr. Rosenthal and her joy in their accomplishments is indicative of her dedication to mentoring. She was awarded the MCW department of medicine’s Richard G. Olds Mentoring Award in 2018 in recognition of her tremendous contributions to faculty development. Dr. Rosenthal also has mentored 17 rheumatology fellows and received many teaching awards at the student and housestaff level, including being a two-time winner of the Golden Apple Award which is awarded to less than one percent of faculty members.

Dr. Rosenthal has demonstrated excellence in research at MCW and the Zablocki VA Medical Center. She has garnered continuous extramural funding from the NIH, the VA Merit Review Program and other organizations since 1989. Her research has expanded our understanding of calcium pyrophosphate deposition (CPPD) disease and the role of cytokines, matrix components and extracellular vesicles in crystal deposition in cartilage pathology. Dr. Rosenthal is internationally recognized as an expert on CPPD and has authored more than 60 peer-reviewed journal articles, three letters, nearly 20 book chapters, and more than 30 invited reviews and editorials. She writes the CPPD section in UpToDate, and has been invited to deliver seminars at regional, national and international forums. She also has served in the roles of standing and ad hoc reviewer on five NIH study sections and three VA study sections.

Dr. Rosenthal’s peers and colleagues assert that she is an outstanding clinician who is committed to improving patient care and health. Indeed, in recognizing her excellence as a physician, she has been named a “Best Doctor” for 19 years. Dr. Rosenthal’s patients consistently commend her as attentive, sincere, personable, kind, knowledgeable and thorough. 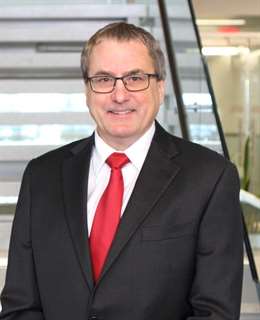 Wickeham oversees and leads all training, audits, investigations and inquiries for compliance in each of the MCW missions, including the operational oversight of the MCW risk management office and malpractice trust fund which are critical components of the clinical mission. In addition to ensuring that MCW remains compliant with all relevant regulations, the compliance office must anticipate risks and, with other institutional leaders, establish strategies to mitigate those risks. Compliance and risk management are a balancing act between implementation of policies and procedures that reduce risk as much as possible while maintaining a reasonable administrative burden. As he works to strike an optimal balance, Wickeham provides clear, considered and balanced advice to help leaders make the best possible decisions to ensure MCW’s continued success.

In addition to his leadership in corporate compliance and risk management, Wickeham has twice stepped into the role of interim chief operating officer at MCW. This important interim leadership assignment exemplifies the trust that Wickeham has earned through his outstanding service to MCW. As interim chief operating officer, Wickeham oversaw all finance and administration operations, served on the MCW Advancing a Healthier Wisconsin Endowment Consortium on Public and Community Health, and served as a representative to the MCW Board of Trustees. During his second stint from September 2014 to February 2016, Wickeham helped guide MCW through a period of extensive growth. In partnership with many offices including planning & design, campus operations, information services, finance, and Medical College Physicians leadership, he coordinated the planning, design and construction of both the Tosa Health Center expansion and the Hub for Collaborative Medicine. The latter was an especially extraordinary effort that involved coordination with and input from most every clinical department. Wickeham’s approach to this project was highly inclusive, data-driven and transparent. Leaders who worked with Wickeham on this project commented that these buildings are lasting symbols of his many contributions to MCW.

With COVID-19 on the horizon in early 2020 and there being only a matter of time before it reached southeastern Wisconsin, Wickeham stepped up to lead the team that coordinated MCW’s operational response to the pandemic. This was accomplished in close partnership, planning and execution with leaders from human resources, information services, communications, public safety, the office of general counsel, the office of research, our schools and many others throughout MCW. This crisis tested the experience, skills and broad understanding of MCW’s missions and structure that Wickeham has developed over his 23 years with our organization. The MCW community has greatly benefited from his calm, competent and selfless leadership during this incredibly challenging time.