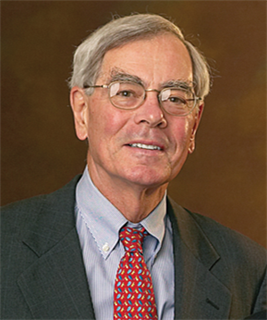 It is with great sadness that we inform you that Michael J. Dunn, MD, former Medical College of Wisconsin (MCW) Executive Vice President and Dean Emeritus of the School of Medicine, passed away on Monday, Nov. 29, 2021, at the age of 85. Dr. Dunn led MCW’s medical education, research, patient care and community engagement programs from 1995-2008 and is credited with guiding MCW’s emergence as one of the nation’s premier medical schools and prestigious academic medical centers.

Dr. Dunn was named MCW’s Executive Vice President and Dean of the School of Medicine in January 1995, and his 13-year tenure as dean was one of the longest among US medical schools. Under his leadership, MCW was identified as one of the nation’s fastest growing biomedical research institutions. MCW expanded its cancer, cardiovascular and digestive disease research centers while creating new multidisciplinary centers of research in genetics, biotechnology and imaging. Additionally, Dr. Dunn led the design and development of MCW’s more than $200 million investment in new research and medical education facilities on the Milwaukee Regional Medical Center campus, including MCW’s Health Research Center and Translational and Biomedical Research Center. Five new departments (biophysics, otolaryngology and communication sciences, plastic surgery, population health and urology) were established during his tenure. Under Dr. Dunn’s leadership, MCW’s academic programs were awarded the maximum accreditation in the 1990s and again in the early years of the 21st century, from both the Liaison Committee on Medical Education and the North Central Association of Colleges and Universities. In the clinical arena, Dunn worked with leaders from Milwaukee County and Froedtert Hospital to close Milwaukee County’s John Doyne Hospital in 1995 and to seamlessly transfer the county hospital’s patient care programs to Froedtert Hospital. Dr. Dunn also worked with faculty leaders to establish two physician group practices: Medical College Physicians and Children’s Specialty Group.

Upon his retirement in 2008, MCW named Dr. Dunn as Dean Emeritus and Distinguished Professor of Medicine.

Dr. Dunn was predeceased by his wife of 60 years, Patricia Eileen Dunn, on May 13, 2020, and their daughter, Kathleen Dunn. Survivors including their children, Brian Dunn, Michael Dunn (Melissa Buschey), Margaret Dunn-Watson (Roger Watson, MD), and Colleen Nunn, and 11 grandchildren and one great-grandchild.

It takes an exceptional individual to elevate the missions, programs, and facilities of an institution as vast as MCW. We were fortunate to have found such a person in Dr. Dunn. He was a passionate advocate for MCW on the national stage, and garnered significant respect for his impactful contributions to the understanding of kidney disease and hypertension. Additionally, Dr. Dunn’s thoughtful and collaborative leadership style has served as a model for academic deans nationwide.

Visitation will be held Friday, Dec. 17, at Saint Teresa of Calcutta in North Lake, at 9:30 a.m., followed by a funeral mass at 11:00 a.m. A celebration of life for both Dr. Dunn and Patricia Dunn will immediately follow the mass, where the family welcomes your attendance to share memories of two beautiful lives well-lived. Saint Teresa of Calcutta is located at W314 N7462 WI-83 in Hartland.

In lieu of flowers, memorial gifts can be given to: