At the age of 17, Raphael Ordan faced a stark question after being diagnosed with Stage IV Hodgkin lymphoma in June 2017

“I thought to myself, am I going to die?” he said.

It was a grim reality that Raphael and his family faced after doctors diagnosed the cause of what initially presented as bumps on his neck. The cancer was at first thought to be Stage II, however, a chest X-ray that identified dark spots around his abdomen led to the Stage IV diagnosis.

“You can only do what you do, you can pray, and you can do what the doctors tell you to do,” said David Ordan, Raphael’s father. “At that point you have to let go and let God, and let Children’s Hospital and the MACC fund do their stuff.”

Add the Medical College of Wisconsin (MCW) to Mr. Ordan’s list as well. Thanks to a clinical trial conducted in collaboration between MCW and Children’s Hospital of Wisconsin with support from the Midwest Athletes against Childhood Cancer Fund, Raphael was able to receive an innovative approach to cancer treatment that yielded results no one was anticipating.

“Raphael was on a trial which took the standard of care chemotherapy background and made a small substitution,” said Dr. Paul Harker-Murray, assistant professor of Pediatric Hematology-Oncology (MACC Fund/Children’s Hospital of Wisconsin). “It removed one medication that can cause pulmonary fibrosis later in life and added a different targeted therapy. He received one of the newest and most active agents for this disease and after just two cycles of therapy he was in remission.”

Raphael received his last dose of chemotherapy in December 2017, six months after he was diagnosed with Stage IV Hodgkin lymphoma.

“It was incredible. It worked exactly how they wanted it to with a lot less side effects,’’ Raphael said.

Cancer is a major cause of death due to illness in this country for children, said Dr. Cindy Schwartz, medical director, hematology/oncology at Children’s Hospital of Wisconsin and section chief, pediatric hematology and oncology at the Medical College of Wisconsin.

Even of those who are currently cured, common therapies used now are often very toxic, Dr. Schwartz said.

“We have an excellent Children’s Hospital. We then have MCW, which allows us to work with investigators and doctors and programs like the MACC Fund and the immense resources that they have given to this program,” Dr. Schwartz said.

Raphael’s story underscores the importance of cancer research and clinical trials and the ripple effect that such efforts have on improving the lives of others.

“We have some clinical trials that are not only available here and very few places, the work that we’re doing is contributing to the health of children really across the world,” Dr. Harker-Murray said.

Since becoming cancer free, Raphael has been able to resume activities that he enjoys, such as volunteering, ice skating and playing football. 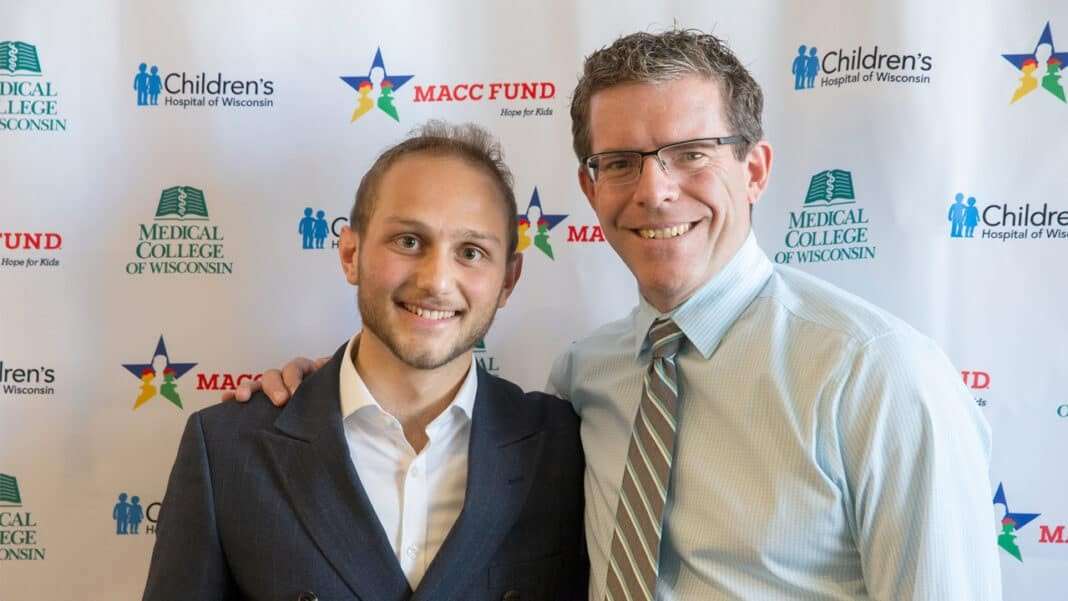 Most notable about Raphael is his dedication to helping others. He frequently volunteers at camps and programs to help children with severe disabilities. Raphael also helps out his father who is the COO of the Eisenhower Center, a nonprofit vocational training program that provides education, training and jobs for people with disabilities.

“To be part of a trial that works better than what we’re doing now, and all the kids have less side effects - nausea, less pain…I always like helping people and now there’s going to be thousands of people I’ve never met who, that because of me, are going to have an easier time beating cancer,” Raphael said.