Dr. Volkman obtained his Bachelor of Science degree in Chemistry and Physics from Butler University in 1989 and his Doctorate degree from The University of California at Berkeley. The latter was awarded in 1994 for structural studies on proteins involved in bacterial gene regulation using NMR spectroscopy. Dr. Volkman's postdoctoral training was in the Department of Biochemistry at the University of Wisconsin-Madison. In 2000, Dr. Volkman started at the Medical College of Wisconsin where he is Professor in the Biochemistry Department. Dr. Volkman's work focuses on the structural biology of immunological signaling molecules and the use of NMR spectroscopy in structural proteomics.

Our goal is to invent new ways to treat cancer and other ailments by examining the three-dimensional architecture of proteins involved in disease and synthesizing new drug candidate molecules. This research links the expertise of chemists, structural biologists, and clinician-scientists who collaborate in the design and testing of potential therapies. Graduate students in my group have invented and patented new compounds that show promise as treatments for cancer and psoriasis. Your donation helps us accelerate the drug development process by paying for preclinical studies that most research grants simply won’t support - bridging the gap between our basic science discoveries and clinical trials.

Donate by entering 3305288 into the other designation field on our donation website.

We use NMR spectroscopy and many other techniques to (1) understand the transmission of biological signals in terms of molecular structure, recognition and dynamics and (2) exploit this knowledge for the design and discovery of new molecules with practical utility as research tools, bioactive nanomaterials, or new drugs.

Dynamics and folding. Protein function is exquisitely dependent on compactly folded structures that combine energetic stability with intrinsic flexibility. Our work has revealed surprising new examples of conformational variability and altered the established paradigm for protein folding to include the new category of ‘metamorphic’ proteins. We are now trying to define the thermodynamic and evolutionary origins of metamorphic folding using the divergence of human lymphotactin from the rest of the chemokine family as a prototypical example. Other projects analyze novel modes of conformational switching that control cell polarity and enzyme activity.

Molecular recognition. Biological signals are often controlled by promoting or disrupting the interaction between two proteins. Many chemokines have been directly implicated in human diseases. Compounds that block chemokine signaling might function as inhibitors of inflammation, cancer progression, viral infection or autoimmune disease. We recently used NMR to solve the structure of the first chemokine-receptor complex, and subsequently used the details of this interface to search for small molecule ligands that bind the chemokine and block its activity. A hybrid in silico/NMR approach to inhibitor screening is now being used to target multiple chemokines with the ultimate goal of drug discovery to treat metastatic cancer and psoriasis. 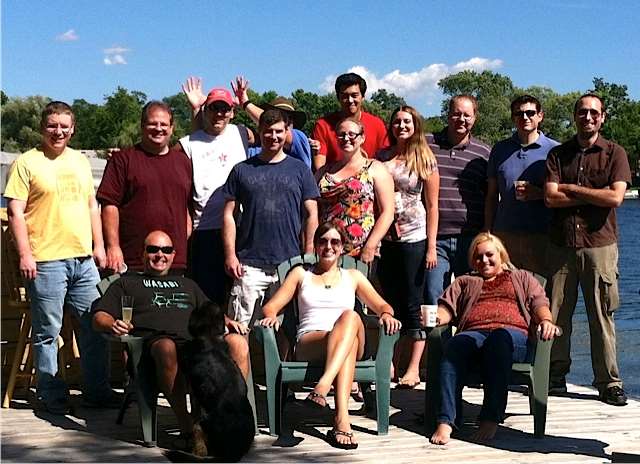