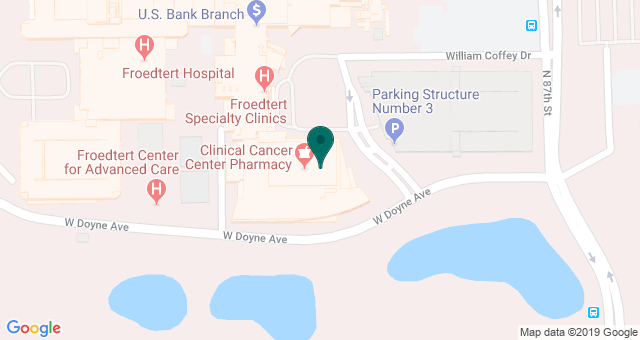 Douglas B. Evans, MD is the Donald C. Ausman Family Foundation Professor of Surgery and Chair of the Department of Surgery at the Medical College of Wisconsin. Prior to joining the Medical College of Wisconsin in 2009, he was the Hamill Foundation Distinguished Professor of Surgery at The University of Texas MD Anderson Cancer Center. Dr. Evans completed a general surgery residency at Dartmouth followed by a surgical oncology fellowship at The University of Texas MD Anderson Cancer Center. He received his medical degree from Boston University School of Medicine and his Bachelor of Science from Bates College in Lewiston, Maine. He is board-certified in surgery, and his clinical interests include treatment of pancreatic cancer and tumors of the endocrine system (thyroid, parathyroid, adrenal and gastrointestinal neuroendocrine tumors). Dr. Evans holds appointments at Froedtert Hospital, the Clement J. Zablocki VA Medical Center, Children’s Wisconsin and St. Francis Hospital.

Dr. Evans has devoted his professional career to the research and treatment of pancreatic cancer and inherited endocrine syndromes. His interests include translational laboratory research in the biology of pancreatic cancer and in clinical trial development. He has completed a number of investigator-initiated clinical trials, emphasized the importance of treatment sequencing to include a variety of strategies for neoadjuvant therapy and described a number of novel techniques for vascular resection and reconstruction at the time of pancreatectomy. Research support has included a National Cancer Institute Specialized Programs of Research Excellence (NIH P20 SPORE) pancreatic cancer grant. At MD Anderson, his endocrine surgery group worked extensively on the genotype-phenotype correlations in multiple endocrine neoplasia syndromes and they were the first to define the role for ultrasound in the preoperative management of patients with thyroid cancer. Dr. Evans has authored or co-authored over 400 journal articles, over 90 book chapters and has edited eight books. He has delivered countless invited and named lectureships nationally and internationally including the American College of Surgeons Traveling Fellowship to Australia and New Zealand in 1999. He served as President of the American Association of Endocrine Surgeons in 2010-2011.

Since joining MCW, Dr. Evans has grown the faculty across all clinical divisions in the department, emphasized the importance of innovation and discovery and championed the principles of inclusion and diversity. The MCW surgical residency program has led the way in supporting the careers of young women in general and subspecialty surgery. The MCW Program in Pancreatic Cancer was recently endowed by the LaBahn family and is one of very few endowed Pancreatic Cancer Research Programs in this country.

Publications of Douglas B. Evans MD from the Faculty Collaboration Database