For Mario Castellanos, the ability to work with the Latino community in Milwaukee, whether screening blood pressures at Mexican Fiesta or mentoring students at Bruce Guadalupe Community School, brings him a little closer to home.

“I feel really humbled being bilingual and identifying as Hispanic and then being able to give back to a community that has many similarities to those in my home country of Honduras,” says Castellanos, who is entering his third year as a medical student at the Medical College of Wisconsin (MCW).

Castellanos grew up in San Pedro Sula, the second-largest city in Honduras. There, the banana industry reigns supreme, and like most of Honduras, social and political turmoil is a reality of life there. 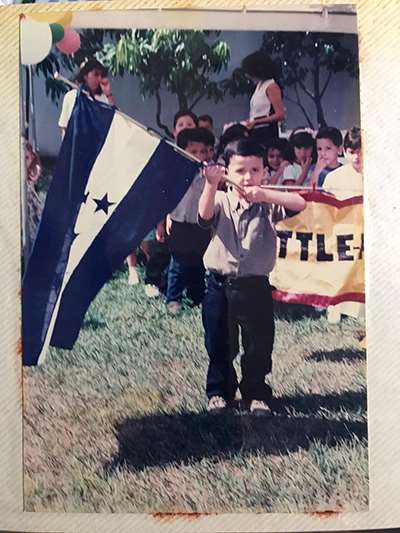 “Honduras faces many challenges that impact the quality of life, including in San Pedro Sula,” Castellanos says.

At a young age, he decided that his best opportunities were elsewhere. So he chased them.

“I wanted to pursue my version of the American dream,” Castellanos says.

He landed at Lindenwood University in St. Charles, Missouri, and spent a year and a half there before transferring to Truman State University, also in Missouri. There he earned a degree in biology with a minor in chemistry. Upon graduation, he stayed in town to complete research he’d begun as an undergrad in the physiology department of A.T. Still University.

Refreshed and ready to continue his journey toward becoming a doctor, he applied for medical school and received an interview at MCW.

He learned quickly about the large Hispanic community east of campus on Milwaukee’s south side and knew he’d have the opportunity to leverage his Spanish-speaking skills. To his surprise, residents on the south side had much in common with those from his hometown.

Many of his opportunities to connect with the Hispanic community in Milwaukee were facilitated through his work with the MCW chapter of the Latino Medical Student Association (LMSA). Especially rewarding to Castellanos has been his involvement in the “Eyes On The Future” program at Bruce Guadalupe Community School. The program involves both the MCW Department of Ophthalmology & Visual Sciences and the LMSA. As the leader of that program, Castellanos says he’s had the opportunity to mentor students while guiding them through dissections of eyes and other experiments. Most important to him is the chance to open their eyes to career possibilities in the field of science.

“Some kids think it’s gross, and some are curious as to how the eye functions,” Castellanos says. “It’s a reminder of how I got interested in science when I was young.” 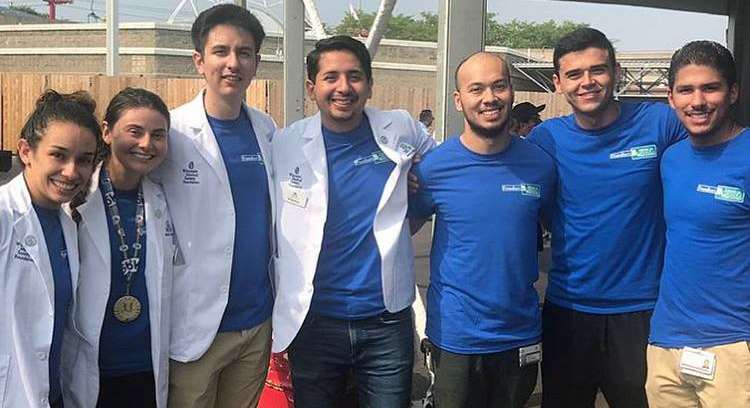 Castellanos is currently prepping for his first clinical rotation, which he will conduct at Children’s Hospital of Wisconsin.

He cherishes the home away from home he’s created in Milwaukee and the opportunities that studying at a prestigious school like MCW has afforded him. He also has many mentors to thank, including Todd Stollenwerk, an upperclassman at MCW, and Daniel Garcia, a program manager at MCW, who helped introduce Castellanos to the school during his interview process.

“I knew I was going to have a good education with a solid foundation at the Medical College of Wisconsin,” Castellanos says.

In the future, he sees himself in emergency and internal medicine, most likely as an educator. And while he moves toward that goal, he intends to continue serving the Hispanic community that helped him feel closer to home.

“Working with students and residents in the community has been an honor for me,” Castellanos says. “The whole experience of medical school has been a dream come true.”

MCW Professor and His Family Strive to Improve Health for All

About five years ago, MCW’s Dr. Ken Lee heeded a call to serve at an orphanage in Puebla, Mexico.