One of the characteristics that distinguishes elite academic institutions is the presence of a long-established and growing donor-supported endowment that provides financial resources for scholarly activities such as research and education.

Although not always considered by the general public in evaluating a university or college’s reputation, donor-endowed funds – especially those that support named faculty positions – play a critical role in recruiting top-tier faculty to an institution.

“Having the ability to offer a named faculty position or access to a fund supporting research activities as part of an overall recruiting package is of immense importance,” Dr. Kerschner adds. 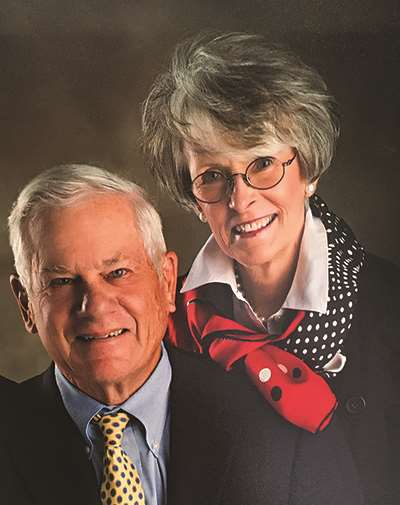 These funds are also a measure of the trust philanthropists have in the mission and leadership of an institution to drive new knowledge and innovation while also leaving a legacy for the benefactors and their families.

Linda T. Mellowes, a key advisor to the recently concluded Hope to Health Campaign for MCW and Froedtert Hospital, and her husband, John A. Mellowes (pictured right), have established two named funds at MCW – one for the chair of the department of medicine and another in the Genomic Sciences and Precision Medicine Center.

“John and I strongly believe we have a world-class academic health system here in Milwaukee,” Mellowes says. “Our support is about sustaining a future that accelerates new treatment and cures for diseases and injuries. We can accomplish this by supporting the faculty and physicians here who are advancing truly innovative discovery and clinical care and attracting leading experts from around the country.”

Endowment funds are usually composed of charitable gifts from donors and can be directed for the unrestricted use of an institution or designated to support a specific purpose such as student scholarships, research, patient care programs or community service.

The funds are governed by the Uniform Prudent Management of Institutional Funds Act, which protects the donor’s interests and intent and preserves the capital funds in perpetuity. The use of endowed funds to establish faculty positions and support scholarly activities has been traced back to the Roman emperor Marcus Aurelius in AD 176, when he created endowed chairs for the major schools of philosophy at the time: Platonism, Aristotelianism, Stoicism and Epicureanism.

Over time, these positions have been associated with some of the most famous academic thinkers and experts in their respective fields. Perhaps the most prestigious of these is the Lucasian Professor of Mathematics at Cambridge University, which was held by Isaac Newton and Stephen Hawking – both of whom were renowned for their seminal contributions to physics. 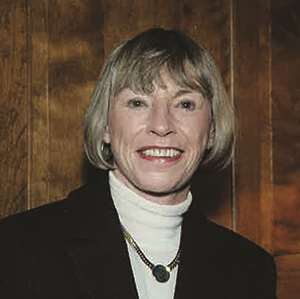 Some families have established multiple named funds held by faculty. In addition to Linda and John Mellowes, generations of Milwaukee’s Heil family established three named positions for professorships in the department of ophthalmology and visual sciences and for cancer research.

The family of the late Ann Heil (pictured right), a founding member of the Cancer Center Board, established the most recent of these – the Ann E. Heil Professorship in Cancer Research, which is held by Melinda Stolley, PhD, professor and associate director for prevention and control at the MCW Cancer Center.

“These are outstanding opportunities for benefactors to have an incredible impact on all of our missions,” says Beckman. “MCW and Froedtert Hospital are investing in some of the most innovative research, patient care and education programs in the country. Donors can have an impact on that work now and far into the future.”

Honoring the donors who provide support for named positions varies among academic institutions. MCW recognizes new holders of named faculty positions each September at an annual Convocation ceremony, along with faculty promotions, new department chairs, deans, center directors and others for distinguished achievements.

The holders of named faculty positions receive a personalized medallion engraved with the name of the donor.

Specific ceremonies between donors and holders of named endowed positions are sometimes referred to as an “investiture,” an event that honors the partnerships with donors that sustain scholarship and academic excellence. 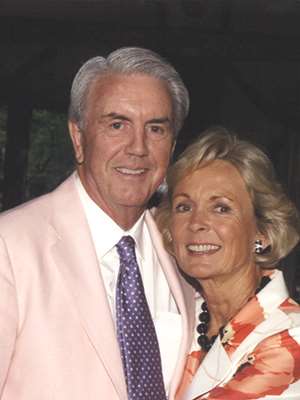 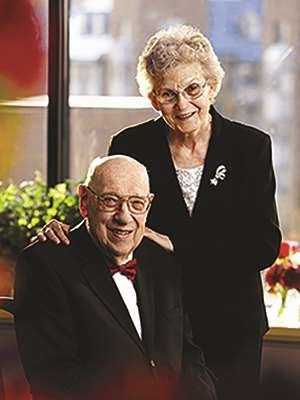 The Kerns established the Dr. Robert D. and Dr. Patricia E. Kern Professorship of Biomedical Engineering to support technological advances across healthcare and science. They and the Kern Family Foundation also established the Kern Institute for the Transformation of Medical Education. Former chair of the MCW board of trustees, Stephen Roell, and his wife, Shelagh Roell, PhD, provided a substantial gift to establish the Stephen and Shelagh Roell Endowed Chair of the Kern Institute. 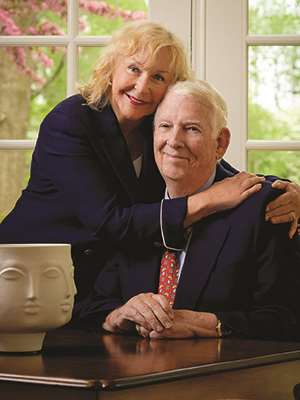 Billie Kubly and her late husband, Mike Kubly, MD ’60, endowed the Charles E. Kubly Chair in Psychiatry and Behavioral Medicine to inspire new research and treatments and to reduce the stigma of mental illness.