In the first few weeks of 2020, just as Gustavo Leone, PhD, was considering whether he should accept an offer to become director of the Medical College of Wisconsin Cancer Center, few were predicting that the novel coronavirus would significantly slow the academic and research programs at the nation’s college and universities – including the cancer investigations and clinical trials taking place at MCW and around the world.

For an academic researcher and faculty leader like Dr. Leone, who thrives on the intellectual atmosphere generated as scientists and physicians tackle medicine’s toughest problems, it was an inauspicious start.

“Obviously, this slowdown was not good for our science,” Dr. Leone notes. “When everything is virtual, it’s not necessarily an environment that leads to the spontaneous and organic development of innovative ideas you see when scientists are in the same space working together.”

Even in the midst of a pandemic, however, the enthusiasm Dr. Leone shows for his work and his optimism in the fight against cancer left him excited about the opportunities and advantages at MCW, including the planned construction of a new cancer research facility and the presence of so many top-notch investigators, physicians and healthcare professionals devoted to preventing and curing cancer.

“Having to quickly adapt and come up with new ways of continuing our work allowed us to become more efficient and adopt new ways of looking at our work,” he says. “We learned a lot.”

Dr. Leone formally took the reins of the MCW Cancer Center in April and also was appointed senior associate dean of cancer research and professor with tenure in the department of biochemistry. He also holds the Dr. Glenn R. and Nancy A. Linnerson Endowed Chair For Cancer Research. 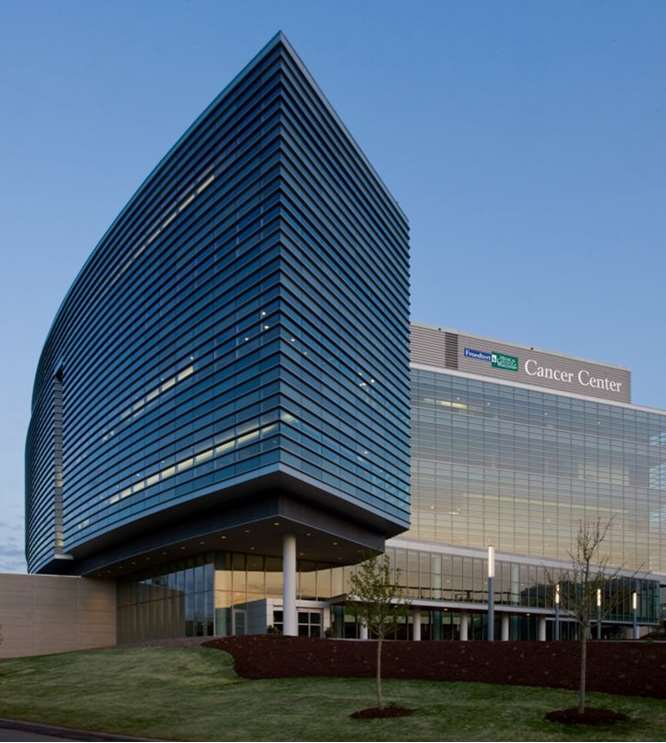 Dr. Leone’s charge is to develop interdisciplinary cancer research programs that translate new treatments for patients as MCW seeks a designation from the National Cancer Institute. He also is integrating the research efforts with the Froedtert & the Medical College of Wisconsin Cancer Network, where he oversees clinical operations.

“The pull for me to come here was the people,” he says, noting the MCW researchers and clinical specialists serving patients at MCW’s healthcare partners.

“When we have our Cancer Center executive council meetings, it’s 90 minutes of great conversation focused entirely on the science and the patients. It’s not about who wins. It’s just about getting to the best solutions,” he adds.

In his role, Dr. Leone intends to elevate the work that scientists and healthcare teams do together to get the most effective treatments to patients.

“The research has a high rate of return when it benefits from the real problems we see in patients and is fed back into the basic science and clinical trials,” he notes. “I always ask myself, what new findings are we seeing in structural biology, immunology, genomics and epigenetics that will have an impact in the clinics?”

Dr. Leone’s own research focuses on identifying how disruption of critical cell cycle regulatory pathways contributes to uncontrolled cell growth – a hallmark of cancer – as well as cell-to-cell communication. His work has been continuously funded by the National Institutes of Health (NIH) since 1999, and other extramural sources.

While everyone’s path to a career in science is different, Dr. Leone’s journey stands out from most. As a child, his family immigrated to Canada from a low-income section of Montevideo, the capital of Uruguay.

After dropping out of a local university in Calgary, he and a girlfriend saved enough money to embark on a motorcycle journey through the US and South America. On the trip, he says, he encountered people who changed his outlook on life.

“The people we met humbled me with their generosity and the hard work they have to do for their families and their communities. I learned people really are the same everywhere and entitled to the dignity and respect for that work,” Dr. Leone remarks.

In Mexico, after an accident left him briefly unconscious and his motorcycle in need of repairs, he was given shelter by a family who made room for them for the three weeks they needed before they could start off on their trip again.

“This was a family that all slept in the same room, but they opened their house and shared everything with us until we were ready to go,” he says. “I’ve tried to remember that kindness they showed to us as complete strangers in my own life, and, hopefully, I have transferred that to my kids.”

After 14 months on the road, Dr. Leone returned to Canada, where he briefly ran a martial arts school while enrolled in the University of Calgary. After receiving his undergraduate degree, he took up research as a graduate student in virology. From then on, he was hooked on the excitement and potential of science.

That potential still drives his excitement and optimism – and even more so as research laboratories are safely reopening. He notes that the spread of COVID-19 served as a vivid reminder that academic research is vital for the future health of our communities.

“This was a significant health problem of national and international proportions,” he says, “and we have so many brilliant people here trying to put it all together and solve the problem. Yet our scientists and physicians remain focused on solving cancer.”

Dr. Leone holds the Dr. Glenn R. and Nancy A. Linnerson Endowed Chair for Cancer Research, which was provided to MCW as part of an estate gift.

The Linnersons had a strong belief in and love for medical research, and, after a personal experience with cancer, were determined to leave a legacy supporting cancer research now and in the future.

Support from the endowed fund was designated by the Linnersons to provide resources that advance oncology research and discovery, particularly in the fields of genomics or immunotherapy research.