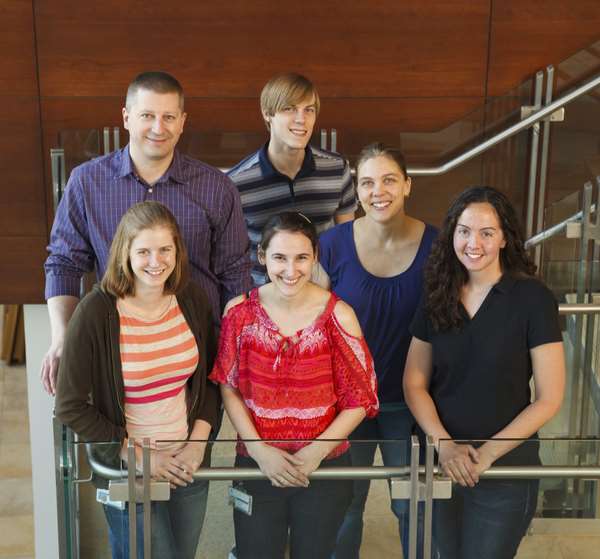 Bacteria are remarkably adaptable. They detect a wide variety of physical and chemical signals in their environment (such as antibiotics), and use that information as regulatory input to control their behavior and physiology (such as antibiotic resistance) – thereby maximizing their ability to survive and proliferate in the face of fluctuating environmental conditions. We use genetic, molecular, biochemical, and genomic experimental approaches to understand (1) the mechanisms by which Gram-positive bacteria sense internal and external stimuli (the input), (2) how these signaling systems control cellular processes in response to environmental conditions (signal processing); and (3) the biochemical mechanisms of antimicrobial resistance and gut colonization (the output). Our goal is to understand all aspects of the sensory process: to define the signals that are sensed, to understand the signal transduction processes mechanistically, to identify the corresponding physiological or behavioral output, and to elucidate how that output – the product of the signal transduction processes – enhances the ability of the bacteria to survive and proliferate in their natural settings. Bacterial signal transduction processes play critical roles underpinning the relationship between bacteria and human hosts in both healthy and disease states. For example, signal transduction mediates adaptation of bacteria to different niches within the host during colonization; influences the transition from benign co-existence to a pathogenic condition; and allows the bacteria to tolerate toxic antimicrobial challenges that would otherwise eradicate them. Therefore, we approach problems of bacterial signal transduction in the context of basic bacterial physiology, host-microbe interactions, and microbial pathogenesis, with the goal of understanding how fundamental bacterial signaling processes serve to shape the outcome of interactions with human hosts and the environment.

We have identified signal transduction pathways in enterococci that are required for intrinsic resistance to various cell-envelope-active antimicrobials, including bile and cephalosporin antibiotics. Thus, these signaling systems are critical for the success of enterococci as an opportunistic pathogen. We are using a variety of approaches to probe the functions of these signaling systems at the molecular level, to understand how the systems are integrated with each other to produce the antimicrobial-resistant phenotype, and to determine how these systems promote enterococcal colonization of the intestinal tract and the onset of hospital-acquired infections. To facilitate our research, we have successfully developed a collection of critical genetic tools that enable efficient genetic analysis of enterococci, including counterselectable markers, tools for allelic exchange, and tools for random and efficient transposon mutagenesis, among others. Armed with these essential tools, we are well-positioned to make rapid progress on important problems in enterococcal biology, with the long-term goal of developing new strategies for preventing or otherwise treating intractable infections caused by multi-antibiotic-resistant enterococci.