Back in April, Ramani Ramchandran, PhD, professor of pediatrics and cell biology, neurobiology and anatomy at the Medical College of Wisconsin (MCW), watched helplessly as news stations aired reports highlighting the plight of his home country of India. The country of nearly 1.4 billion residents was caught in the grips of a devastating surge of COVID-19, recording 6.6 million new cases that month, and Dr. Ramchandran desperately wanted to help.

“There was a real urge for me as a person of Indian origin to do something about it,” he says.

Dr. Ramchandran reached out to family members and colleagues, including MCW physicians of Indian origin, who shared his concerns. Another individual who Dr. Ramchandran contacted was Daniel S. Sem, PhD, professor of pharmaceutical sciences at Concordia University and president and CEO of Bridges to Cures, a group of social entrepreneurs who support health care innovations that address unmet medical needs.

Dr. Ramchandran serves as chief scientific officer and secretary for Bridges to Cures. Together, with the support of others, the two professors began plans to send much needed medical supplies to India. Thankfully, a cousin of Dr. Ramchandran from California had connections with the Diganta Swaraj Foundation, an organization that educates and trains local leadership in social, economic and sustained development. They work directly with tribal residents in their home state of Maharashtra and are keenly aware of the wants and needs of the local residents and hospitals in the rural populations. This direct contact helped ease concerns of mishandling and other issues related to supply donations.

A shipment of six boxes of personal protective equipment (PPE), which included face shields and masks, along with instructions on how to use them, was sent to the organization via UPS. Although the shipment was held up by customs, it eventually arrived.

Once in Maharashtra, the Diganta Swaraj Foundation translated the instructions into tribal languages, and the crucial supplies were distributed to those in need. Since then, another package has been sent.

Along the way, Dr. Ramchandran and the group came across an additional opportunity to provide support to India, this one made possible by a donation of supplies so large that it dwarfed the group’s previous effort. But it has also presented a number of challenges to the group.

That donation, provided by the Froedtert Health Supply Chain – led by process improvement leader Balaji Narayanan – consists of 40 tons of medical supplies. The mammoth shipment must meet myriad international and Indian regulations before it can get into the hands of those in need.

“It has been a logistical nightmare,” Dr. Ramchandran says. “You can imagine all the red tape.” 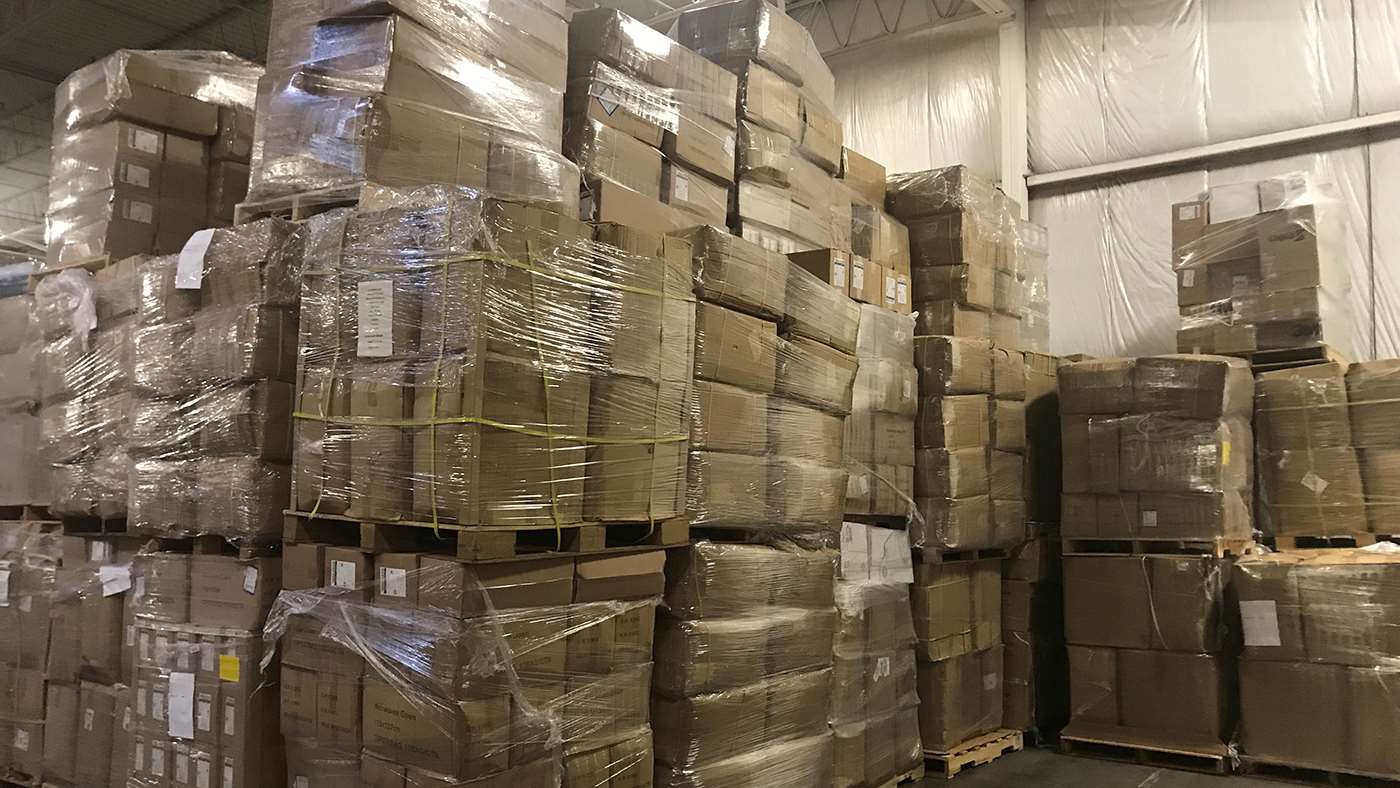 The first step the group took was to repackage the materials, which include gowns, PPE and sanitizer, to pallets that meet the regulations for shipment to India. While they did so, they were able to raise $3,000 in donations. The group also has started a GoFundMe page to help raise additional funds for the shipment and to purchase oxygen concentrators.

Unfortunately, according to Dr. Ramchandran, sending a shipment of that size, especially by the preferred method of airfreight, will cost much more than that.

“We don’t have money to ship the 40 tons to India,” he says. “We’re dependent on others to give us a pro-bono shipment.” For example, the Clinical and Translational Science Institute of Southeastern Wisconsin recently provided generous support to cover the costs of housing the supplies in a Chicago warehouse.

They’ve reached out to multiple organizations and philanthropists for financial support and for help to navigate the red tape. So far, some leads have been more promising than others, but nothing has panned out just yet. Meanwhile, the 40 tons of supplies sit in a Chicago-area warehouse, which was also donated, until a resolution can be found.

When the supplies do arrive in India, various non-profit entities and hospitals in India with the greatest needs will be served. Diganta Swaraj Foundation also maintains an active list of supply needs for the locals hospitals in the area to distribute them to, along with providing supplies to individuals in need.

Dr. Ramchandran says the supplies will still arrive at a crucial time: “It’s only going to get worse, and the need is going to continue there for another year at least.” With the surge of the delta variant cases around the globe, the need will continue to remain great.

Despite the ongoing challenges, Dr. Ramchandran says the collaboration between Bridges for Cures, Froedtert Health, MCW and others to aid with a global health crisis gives him hope that their efforts can be replicated in the future.

“The word is spreading, and this effort is clearly a prime example of how when we work together as a team to serve a common purpose, we can solve problems no matter how complex. This is an evolving endeavor, and whether it’s in the United States, another country or global region, we can move campaigns like this elsewhere,” he says. “You never know who and where these supplies might be needed.”

For follow-up questions or ideas for global engagement, contact the MCW Office of Global Health at globalhealth@mcw.edu. For information on how to donate to Bridge to Cures, please visit their website.