British Fields, an only child from the West Side of Chicago, says she always knew she wanted to be a doctor. She grew up in one of the Windy City’s most impoverished neighborhoods and remembers what it was like receiving medical care at safety net hospitals and free clinics.

“I was never excited to go and never got to see a physician who looked like me,” Fields says.

Early on, she set a goal of serving marginalized communities like her own, and with the support of her mother, grandmother and two aunts, Fields headed off to college. She attended Howard University in Washington, DC, majoring in clinical laboratory science. Like many students, she struggled to find her footing.

“I didn’t know who to lean on and where to find support,” Fields recalls.

Eventually she found support and then her groove, graduating from Howard in five years. After that she enrolled in the post-baccalaureate premedical program at Dominican University in River Forest, Illinois. Fields excelled there, finishing with a 3.7 grade point average. It was during that time that she met Jean Mallett, program manager for student inclusion and academic enrichment at the Medical College of Wisconsin (MCW). Mallett guided Fields to the Diversity Summer Health-related Research Education Program (DSHREP) at MCW, where she spent four summers sharpening her skills. 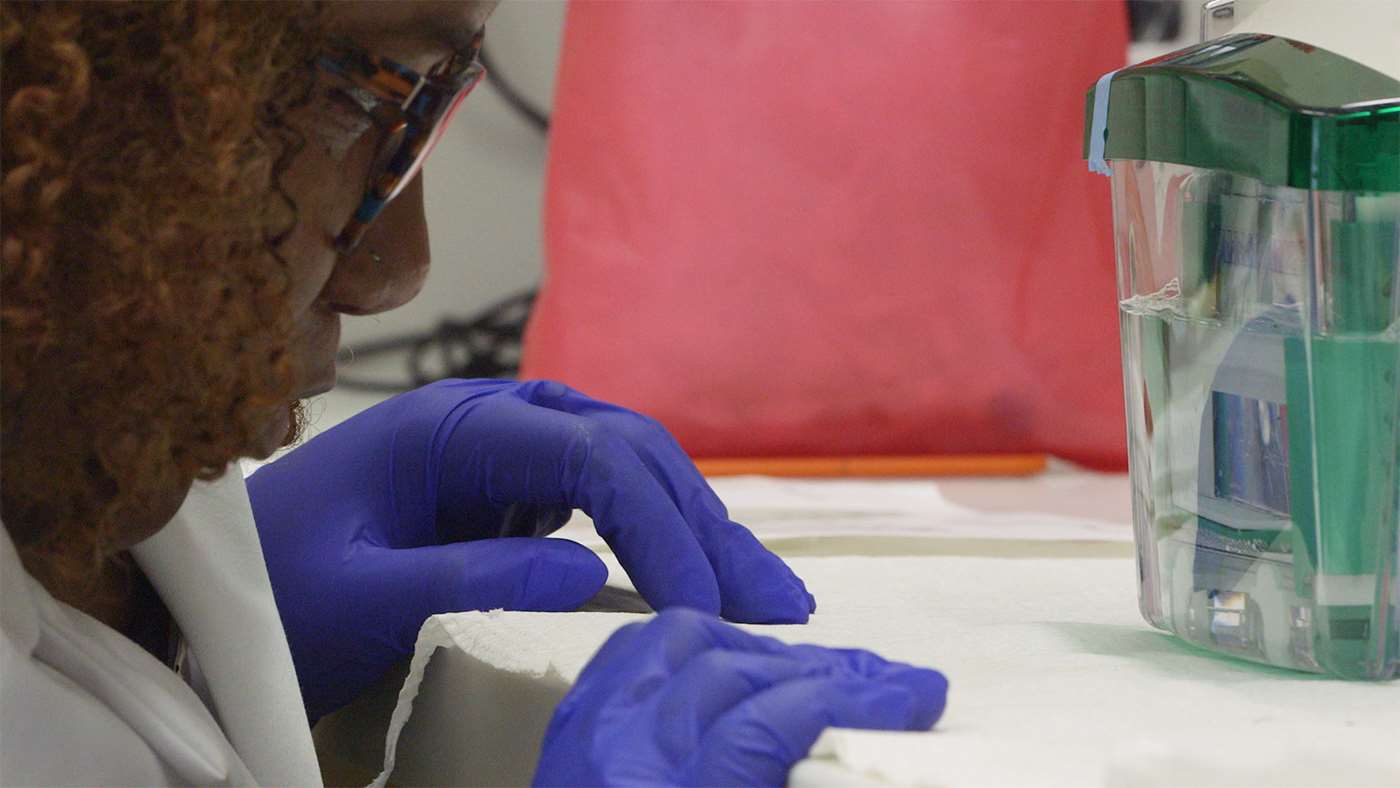 Fields was making all the right decisions and connections and was well on her way toward achieving her goal of becoming a doctor – until she hit a major roadblock in the form of the Medical College Admission Test, commonly referred to as the MCAT.

She struggled with the test, she admits, but nevertheless began applying for medical schools hoping that her experience and background would alleviate concerns from admissions committees. To say things didn’t work out as Fields had hoped would be an understatement.

“I got zero interviews and 17 rejections; there were a lot of tears, anxiety, depression and self-doubt,” Fields says. She was told that her MCAT scores needed to improve for her to gain admission.

With her spirit damaged but not broken, Fields carried on. She got a job as a research technologist with the Versiti Blood Research Institute and once again began preparing for the MCAT. Studying each day after work, she spent 10 months preparing for the daunting exam.

Fields – who fully believes in the African proverb, “It takes a village to raise a child” – saw her village expand even wider. A mentor, who she says she hadn’t known for long, offered to pay for her to take an MCAT prep course.

“It felt really good to have someone believe in me that much during a time when I didn’t really believe in myself and was questioning my purpose,” Fields reflects.

Spurred by the encouragement of her new mentor and others she’d met through the DSHREP program and elsewhere, and with the unwavering support of her family, now one member smaller after the death of her grandmother, she was ready to retake the MCAT.

She improved her score by 16 points, an almost unheard-of jump, she says.

Armed with the new score and with help on the applications from other peers, she began a new cycle of medical school applications in 2018, and this time she got five interviews. Then came the news she’d been workings most of her life toward.

Fields was accepted at MCW under a scholarship and began courses in August.

“I was in tears. I immediately called my mom. It was really a sweet moment, and my grandma was cheering me on from heaven. I will forever be grateful for that day,” Fields says. 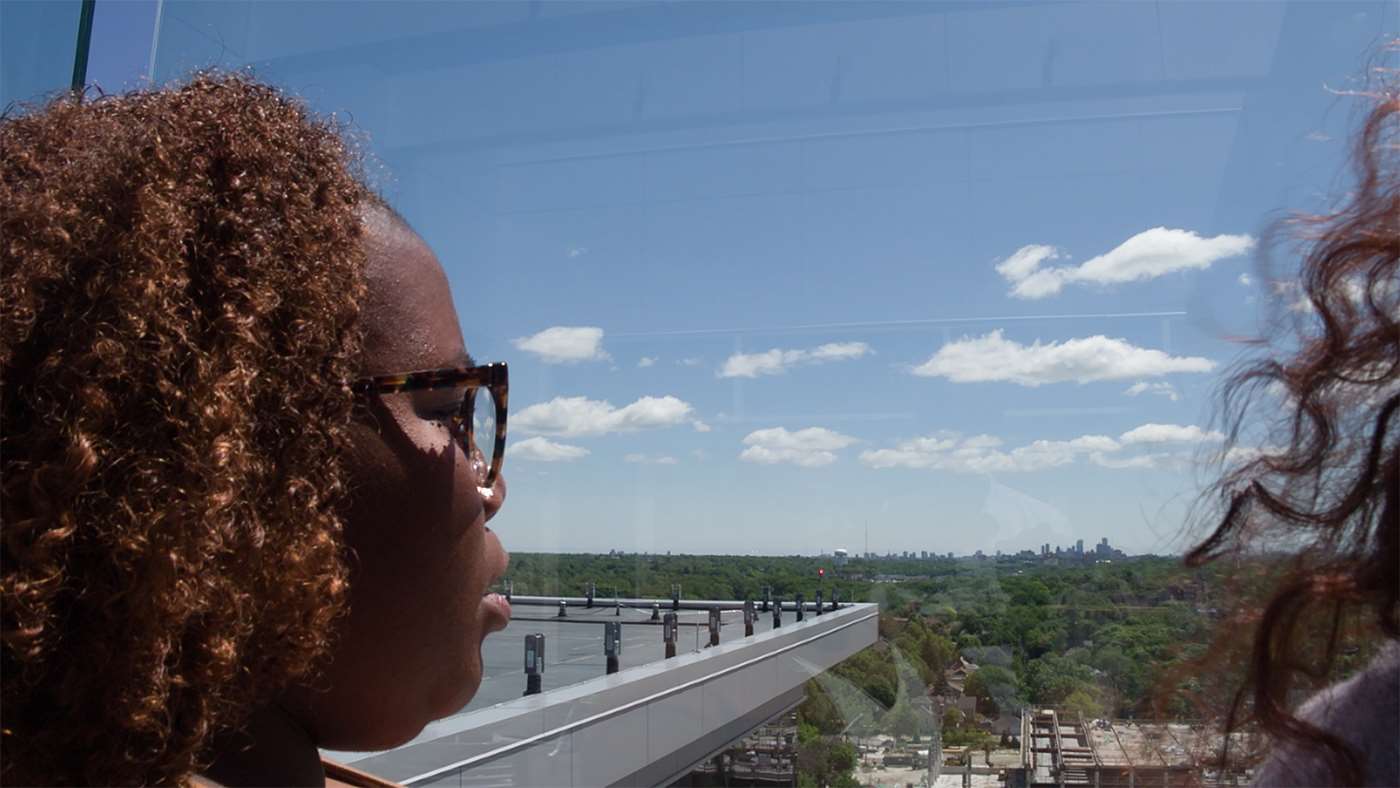 Now that she’s even closer to becoming a doctor, Fields is using her past experiences to guide her future in the field.

She said she envisions herself as the kind of doctor that makes patients want to come back and to be seen of as a friend or mentor – something that is difficult achieve when you only see someone for 10 minutes, as was her experience as a patient growing up.

“Having an authentic relationship with patients and earning their trust so that they seek continual care will help improve their health outcomes,” she says.

Ten years from now, Fields says, she sees herself as an adolescent medicine pediatrician as well as mentoring high school students and serving on boards of organizations. She wants to help move the needle when it comes to health disparities and combat social determinants of health.

If her past is any indication of what her future will bring, she will succeed.

As far as what she would say to a young British Fields, someone who also has to take the long road toward their dreams: “I would tell them not to let circumstances define you. I definitely come from an area where most people don’t make it out. But I’m a testament that whatever you’re going through, there are resources and people out there who can help you achieve your dreams.”