Coming of Age at the Medical College of Wisconsin

As fourth-year medical student Mogen Frenkel culminates his medical school journey at the Medical College of Wisconsin (MCW), he can’t help but feel like his life is playing out like a movie.

Frenkel was born in Uzbekistan, which is where his family fled as the Nazis invaded Western Russia during World War II. Eventually, Frenkel and his family had to leave Uzbekistan when religion and other reasons led them to face persecution there. Frenkel was just 5 years old when his family relocated to the US. They came to Milwaukee, where they finally felt welcomed.

“The Milwaukee community really took us in and helped us get our footing here,” Frenkel says. “In Wisconsin we didn’t have to run anymore.”

“I read up on everything, and did the pre-work, and was still really nervous in the provider role,” Frenkel recalls. “I emailed Dr. Maatman asking for some more practice, and asked, ‘Can I come into the clinic and practice with you?’”

Graciously, he says, Dr. Maatman paired him with a fourth-year student, and he was able to practice interviewing and asking open-ended questions. The next semester, he began working as Dr. Maatman’s clinical apprentice, where she helped him learn how to apply classroom content into clinical practice. Throughout his time at MCW, he was able to turn to her for guidance.

“He always had so much enthusiasm and really enjoyed seeing all my patients,” Dr. Maatman says. “On a couple of occasions, he came to the clinic outside of his assigned times to see my patients who are Russian speaking so that he could help with counseling them.”

Frenkel says he felt honored to get professional help and support for his overall well-being from his mentor while honing his craft. For the next few years, he continued to seek out knowledge from Maatman while taking advantage of other academic opportunities at MCW. He was able to conduct research that was published, earned qualifications in quality improvement and work on other projects.

“At MCW I was privileged to have so many great opportunities,” he says. “I was able to pursue things I was passionate about.” 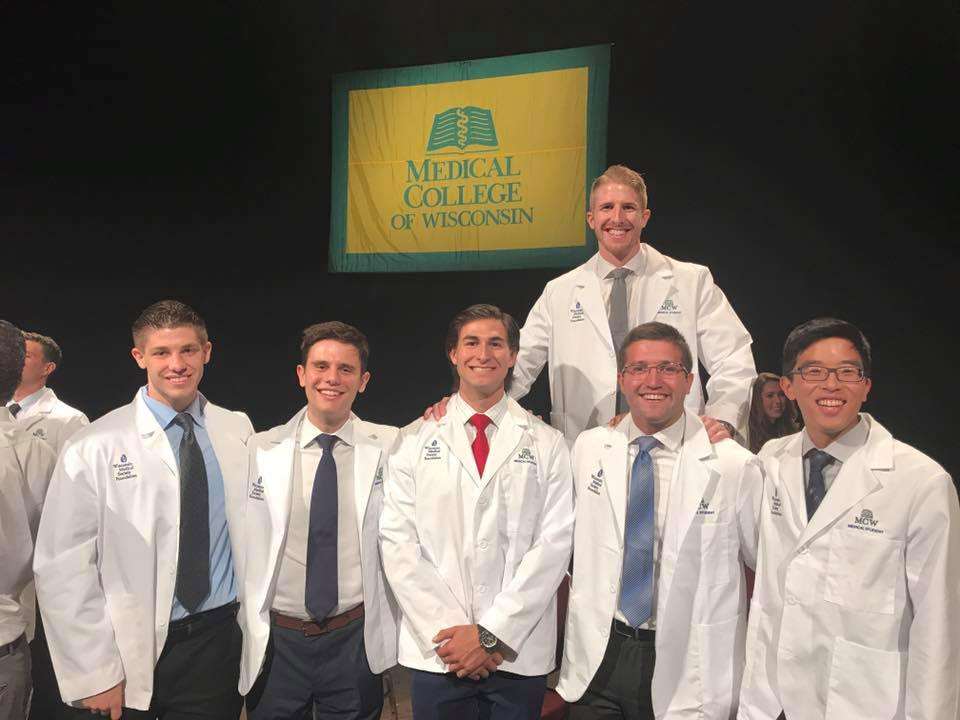 Fast forward to the final day of his clinical rotations at MCW, and the moment, Frenkel says, his time was bookended and played out like a scene from the popular television show Scrubs.

“That very last day she said to me, ‘You are ready to be a resident,’” Frenkel recalls. “Coming from a trusted mentor who really knows me, knows my aspirations, someone I trust and can rely on, meant everything. That was the perfect end of medical school.”

Dr. Maatman says she also gained a lot from him.

“He always brought enthusiasm and engagement to the clinic, which I found to be contagious and always made me more excited about working with my own patients,” she says. “It was truly a pleasure working in the clinic with him.”

As far as where he goes from here, Frenkel hopes to continue his journey in Milwaukee, where he feels almost a duty to give back to the city that welcomed his family. It’s also a place where he met mentors who guided him from high school to where he is now. Frenkel has chosen to pursue anesthesiology, an area of medicine he is passionate about.

“Just thinking about what I love about medicine, it’s the mastery of physiology, pharmacology, and function,” he says. “To me anesthesiology is just that.”

Although Dr. Maatman says she had hoped he would pursue internal medicine so that she could recruit him, what matters to her is his success.

“I’m excited for him and proud of his accomplishments,” she says.

One of his very first mentors, Dr. Gary N. Guten MD, GME ‘69, taught Frenkel that the etymology of “doctor” is teacher. In his practice, Frenkel intends to being both a physician, from the latin word for healer, and a teacher.

Looking back on medical school, Frenkel says, “I’ve been on the receiving end of so much teaching and mentoring from people like Dr. Theresa Maatman, Dr. Gary Guten, Dr. Robert Lemon, and Dr. Robert Gleeson. I hope that one day when I’m in their position, I can do the exact same.”

Frenkel was also recognized by his peers and was elected to join the Alpha Omega Alpha (AOA) Honor Society as well as the Gold Humanism Honor Society. On Friday, March 19, Frenkel learned that he will be continuing his medical career at MCW as an anesthesiology resident.