Committed to Creating Opportunities for Better Health for All 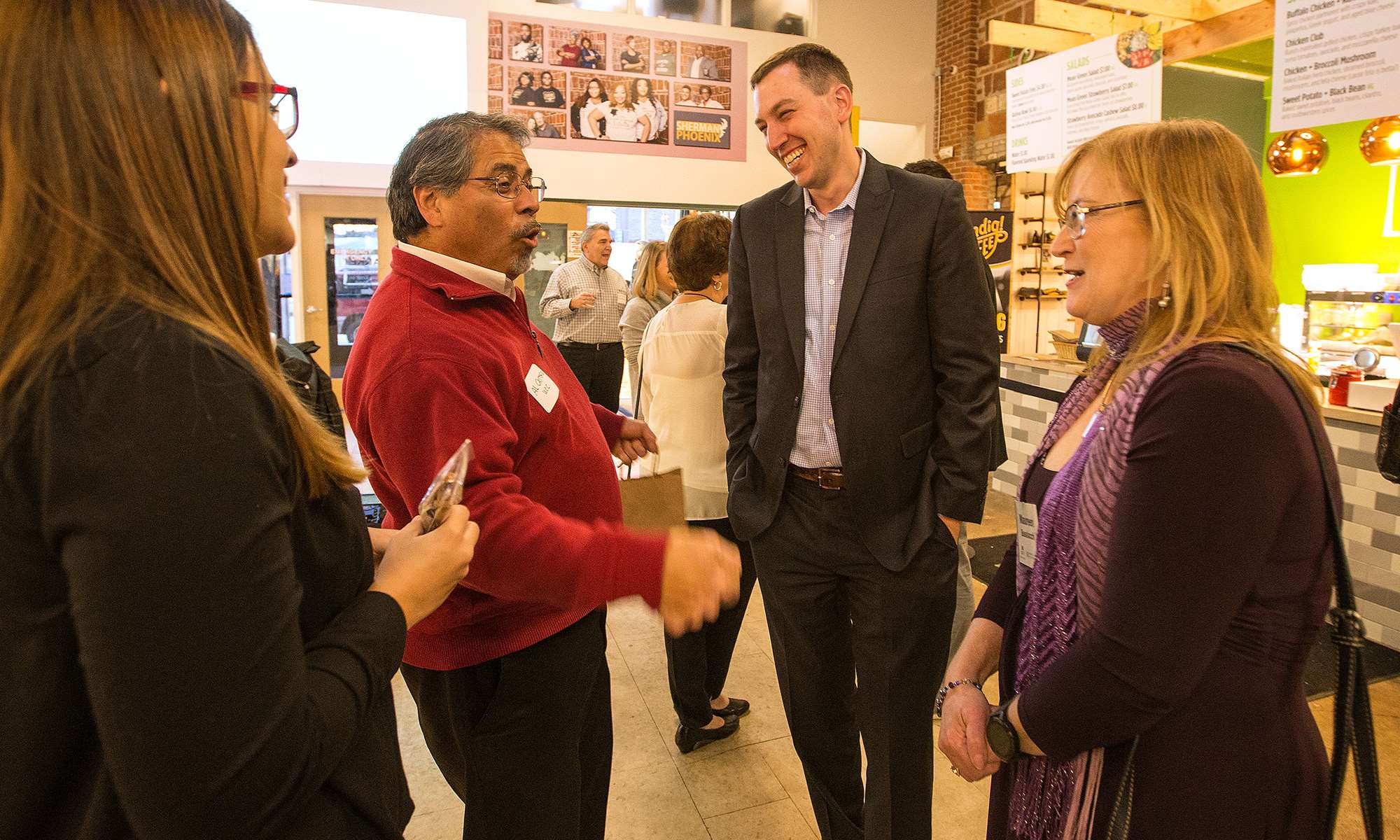 Jesse Ehrenfeld, MD, MPH, senior associate dean at the MCW School of Medicine and professor of anesthesiology, is excited to give his 20-month-old son, Ethan, an opportunity to go sledding for the first time this winter. There’s no doubt Dr. Ehrenfeld’s excitement stems from being a father and a family man; his face lights up when discussing Ethan, his husband, Judd, or the two puppies they adopted this fall. But his desire to provide opportunities is not limited to just his personal life. It’s also what drives his decision-making as director of Advancing a Healthier Wisconsin (AHW), a $514 million endowment at MCW with a simple but powerful vision: creating a Wisconsin where everyone in every corner of the state has an opportunity to be healthy.

The AHW Endowment was established by MCW from an initial $316 million gift generated by the conversion of Blue Cross Blue Shield of Wisconsin from a nonprofit organization to a for-profit corporation. The funds, entrusted to MCW on behalf of the people of Wisconsin, place AHW in a unique position nationwide, making it one of the only known health conversion funds to steward public dollars within a private institution.

“We take our stewardship mission very seriously. That includes the public oversight of the fund but also the awards themselves. We want our work to benefit all citizens of Wisconsin,” says Dr. Ehrenfeld. This public mission shapes AHW’s operations and has made its placement within MCW a critical ingredient in its success.

“We are a statewide philanthropy, but we call the MCW School of Medicine home,” says Dr. Ehrenfeld. “This allows us to combine the fuel that philanthropy has to create change in communities with the spark that academic medicine has to solve critical health problems.”

Since 2004, AHW has invested more than $279 million in 482 projects focused on community health improvement, biomedical research and health workforce development throughout the state. AHW funds have served to catalyze change and support impactful work – most recently providing a vital boost in Wisconsin’s response to COVID-19.

A typical AHW funding cycle take s between six and 12 months – a rigorous process that must adhere to public mandates on the funds. So when COVID-19 struck Wisconsin in March 2020, Dr. Ehrenfeld wasn’t sure there was sufficient time for AHW to fund the critical and urgently evolving needs. But his deep commitment to Wisconsin residents – and its most vulnerable populations – drove the AHW team to find a way to make it happen. Quickly.

In less than four weeks, the AHW team and its oversight boards were able to provide $4.8 million in emergency funding to help 17 projects take immediate actions to support response to the coronavirus, with a particular focus on marginalized populations such as communities of color, tribal communities, migrant populations and those who are transgender. These simple but vital projects developed culturally sensitive educational materials, produced and distributed personal protective equipment to first responders and nursing home workers, and reached the thousands of migrant workers who arrive each year to keep Wisconsin’s agricultural industry in operation and food in our grocery stores.

All of AHW’s community-based funding efforts follow this similar path: addressing a pressing statewide health need by investing in high-impact, promising work that brings communities, organizations and MCW researchers together to create sustainable solutions. One example of this is AHW’s eight-year, nearly $20 million commitment to advance mental and behavioral health.

One in four adults, and as many as one in five children, experience a mental health disorder in a given year. In 2016, AHW launched this initiative by forming 10 community coalitions across the state that have brought together the expertise and experience of 285 partner organizations with the academic and medical knowledge of MCW faculty to produce a positive and sustainable impact on the health of residents. 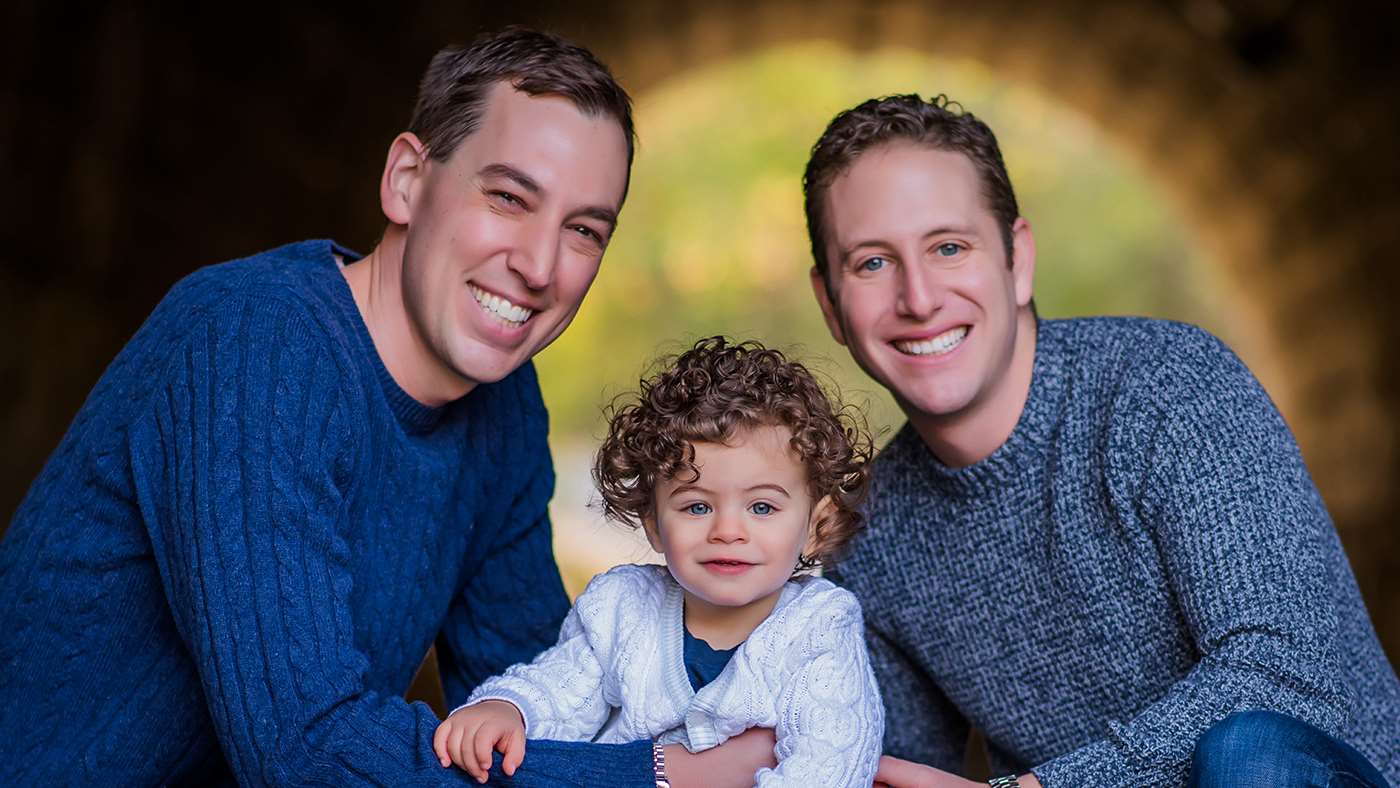 The investment already is showing signs of success. With six of the 10 coalitions focused on children’s mental health, projects have increased the number of schools providing on-site mental health services in Marathon County, launched and expanded suicide prevention programs in schools in Winnebago County, and increased the workforce trained to address adverse childhood experiences in Eau Claire and Chippewa counties. Alongside that work, a coalition led by the Lac du Flambeau tribe is reaching families to reduce alcohol and drug dependency, while coalitions across the state have launched collaborative mental and behavioral health service navigation websites for residents.

AHW’s reach also looks far into the future. Investment into biomedical and population health research is a commitment to the long runway of discovery needed to improve how Wisconsin can identify, treat and prevent disease. And an AHW investment of more than $16.8 million to develop nine degree programs – including the MCW School of Pharmacy, MCW’s regional campuses in Green Bay and Wausau, and new public health and master’s degrees – is training Wisconsin’s future workforce.

Today, investments like these all pass through a lens of health equity. It’s a lens that AHW shares as a part of MCW’s larger commitment to being an anti-racist institution.

Dr. Ehrenfeld wants to provide a healthy future to segments of the community who historically have been underserved. “As an organization, we simply must do better to meet the needs of those who have been historically marginalized and cast aside by society,” he remarks.

For Dr. Ehrenfeld, it’s all about one thing: improving health and advancing health equity in Wisconsin today, and for generations to come.

Dr. Ehrenfeld has always been inspired to help others. He has advocated for and built programs to promote LGBTQ health and equity. His research centers around how information technology can be used, among other things, to improve access to care. He served in Afghanistan during both Operating Enduring Freedom and Resolute Support Mission to care for service members wounded in combat. He shares his expertise as a member of the American Medical Association board of trustees, recently completing a term as its chair, and as a health technology advisor to the World Health Organization.

For his efforts, Dr. Ehrenfeld was recognized in 2015 with a White House News Photographers Association award for his work in capturing photographs and supporting the lives of LGBTQ people, and, in 2016, with an Emmy nomination for his work on the New York Times-produced documentary, Transgender, at War and in Love. In 2018, he received the inaugural Sexual and Gender Minority Research Investigator Award from the director of the National Institutes of Health, and this past fall, he was named one of 10 emerging industry leaders by Managed Healthcare Executive magazine for being “one of the best and brightest in the industry.”