Jerrell Lovett, 22, a first-year PhD student at the Medical College of Wisconsin (MCW), always had an unquenchable thirst for knowledge.

As a youth, he nurtured his curiosity by participating in Big Brothers Big Sisters, the Sponsor-A-Scholar Program at the Boys & Girls Club of Greater Milwaukee, and the Upward Bound Program at Marquette University as a high schooler, among other extracurricular activities.

“Anything to keep busy and out of trouble,” says Lovett, who grew up on Milwaukee’s north side near Washington Park with his three siblings, mother and stepfather.

It was also as a youth that he became drawn to the field of medicine, as he watched his grandmother struggle with her health.

“I was about 12 or 13 years old when I started seeing the path that she was going down; she suffered from lupus, high blood pressure and diabetes,” Lovett recalls.

Watching his grandmother deal with her physical challenges pushed him to want to learn ways to stay healthy as well as better understand the diseases she suffered from.

“African Americans are more likely to suffer from heart attacks or strokes, and there are many reasons for those disparities,” he says.

A lack of access to healthy and unprocessed foods and poor exercise and diet are some of the main culprits, he explains. He wants to work to change those odds through research, which is one of the reasons he chose to attend MCW.

“The Medical College of Wisconsin has a very integrative approach in attacking different diseases,” Lovett says. “Multiple systems in the body have a huge impact on each other.” 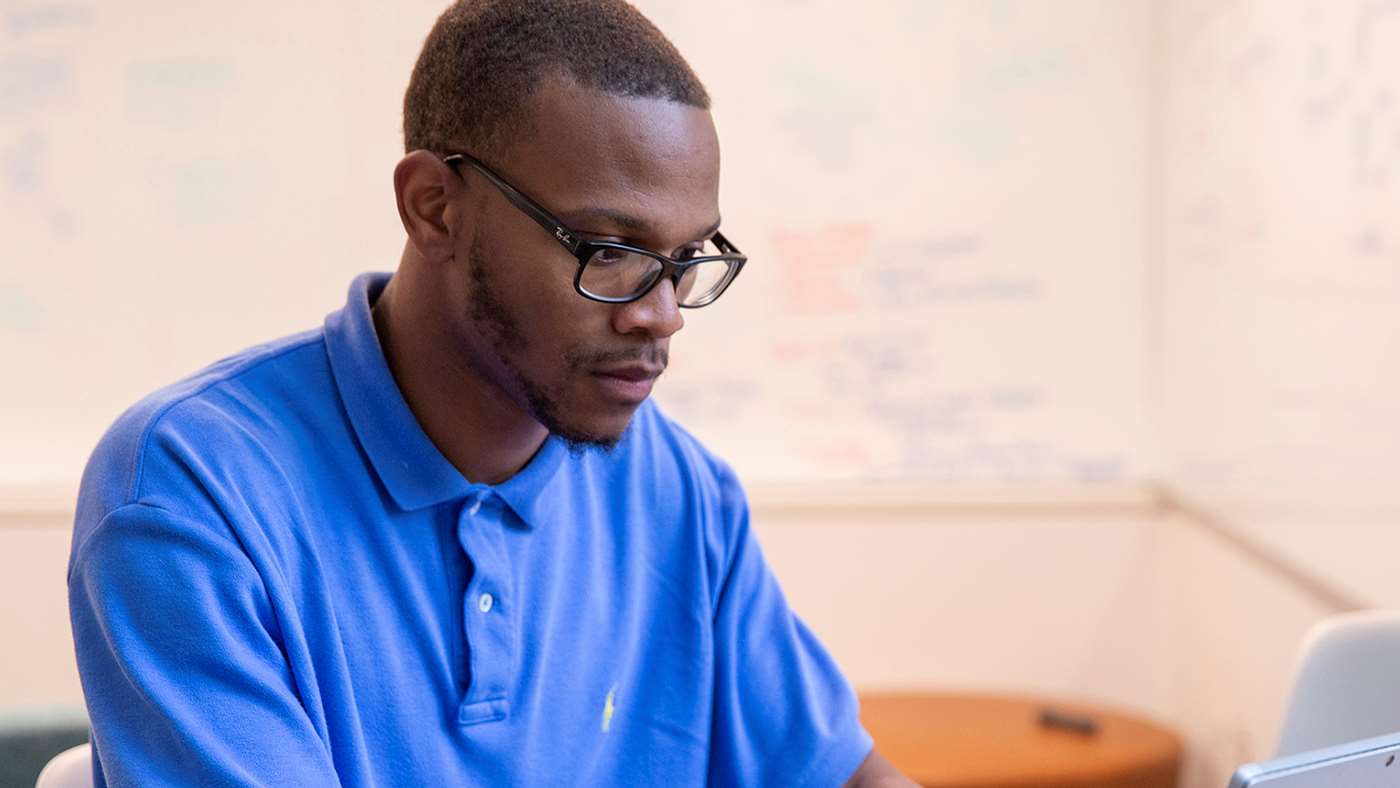 He first became acquainted with MCW while attending Marquette University and participating in the Ronald E. McNair Scholars Program. His mentor at Marquette, the esteemed researcher Robert Fitts, PhD, and Lovett worked on a collaborative project with researchers at MCW. Together they examined hypoplastic left heart syndrome.

“We were looking at reasons for the underdevelopment in the left side of the heart,” Lovett says.

In some cases, he explains, infants who suffer from hypoplastic left heart syndrome die within their first few weeks unless they have a surgery that reroutes some of the heart mechanisms to the right side. But those who have the surgery can still end up dying of heart failure at a young age because their right side becomes overworked.

The group’s research examined a myosin muscle protein and stem cells of patients in hopes of better understanding the development and progression of the disease, Lovett says.

It’s the type of research Lovett, who spent years volunteering and providing mentorship at the Ronald McDonald House, Children’s Hospital of Wisconsin, Martin Luther King Jr. Elementary School and other places, hopes to conduct in other diseases as he moves along in his career.

Of particular importance to him is being able to help improve outcomes for minority groups living in inner city neighborhoods such as the one he grew up in.

“I’m very interested in tackling these issues to see how we can accumulate enough research and resources to help decrease these diseases in communities of color,” Lovett says.

Based on his body of experience, Lovett, who loves camping, hiking and painting, is well on his way. And he believes he is in the right place to make a difference.

“I love the way researchers at the Medical College of Wisconsin look at how multiple systems impact each other and the work they’re doing to understand heart disease, diabetes and other heart diseases,” he says – diseases that impacted his grandmother and that he hopes to help others avoid.

“My grandmother played a huge factor in me being passionate about improving health outcomes; I want to make a difference in the world,” Lovett says.