Back in 2019, when a call for musicians went out to Medical College of Wisconsin (MCW) faculty, staff and students, the hope was to gather enough talent to put together a small string ensemble.

But when nearly 40 musicians showed up for the first rehearsal, organizers quickly learned they had tapped into something special, says Rebecca Rehborg, a clinical research manager at MCW in Children’s Wisconsin.

“We had an outpouring of musicians overnight,” she says. “It was an instant success.”

Rehborg is now the co-chair of the steering committee for the orchestra and shares that the group is ready to launch their latest venture, a summer concert video series that kicks off July 4. The first performance will feature a group of musicians performing chamber music style, a rendition of the “Star-Spangled Banner,” a natural selection for Independence Day.

Additional videos in the concert series will feature a variety of musical genres, including jazz and classical, and a number of instruments, such as violins, cellos, bass, flute, clarinet, bassoon, saxophone, brass, piano and drums. The MCW Orchestra has never charged admission for concerts, instead utilizing their music to help raise funds for charities and organizations selected by the steering committee and voted upon by the orchestra.

Their hope is to also raise funds during this series, which will support MCW’s Summer Pipeline Programs. The Summer Pipeline Programs include a series of initiatives aimed at encouraging people from diverse backgrounds to pursue careers in science, such as the Apprenticeship in Medicine (AIM) program, Research Opportunity for Academic Development in Science (ROADS), and the Diversity Summer Health-Related Research Education Program (DSHREP).

The programs draw high school students from underrepresented cultural and ethnic groups to the MCW campus to learn about careers in medicine and biomedical research and have the opportunity to work in a lab. The program also supports undergraduate students. Many of the students from the Summer Pipeline Programs end up at MCW or other medical schools and universities and in careers in science.

“We’re excited to support the summer pipeline programs, which do a great job encouraging underrepresented students to consider a career in science and medicine,” Rehborg says.

The orchestra will contribute 75 percent of all donations collected to these programs. Supporters can donate to those programs on Venmo.

Some might be surprised that a medical institution such as MCW could put together its own orchestra. But they’re not alone, Rehborg says. MCW has even joined a larger consortium called the National Association of Medical Orchestras. Although the MCW Orchestra has only been around for a few years, some, such as the Los Angeles Doctors Symphony Orchestra, have been around for decades.

There are shared traits between medical students, scientists and musicians, she continues. “There’s some overlap between them; it’s the same type of focus and energy you need to have to become a high-level musician.”

The MCW Orchestra is not exclusive and welcomes musicians who are family members of staff, students and representatives from affiliate organizations. They’re still in the process of filling some open seats in the ensemble. 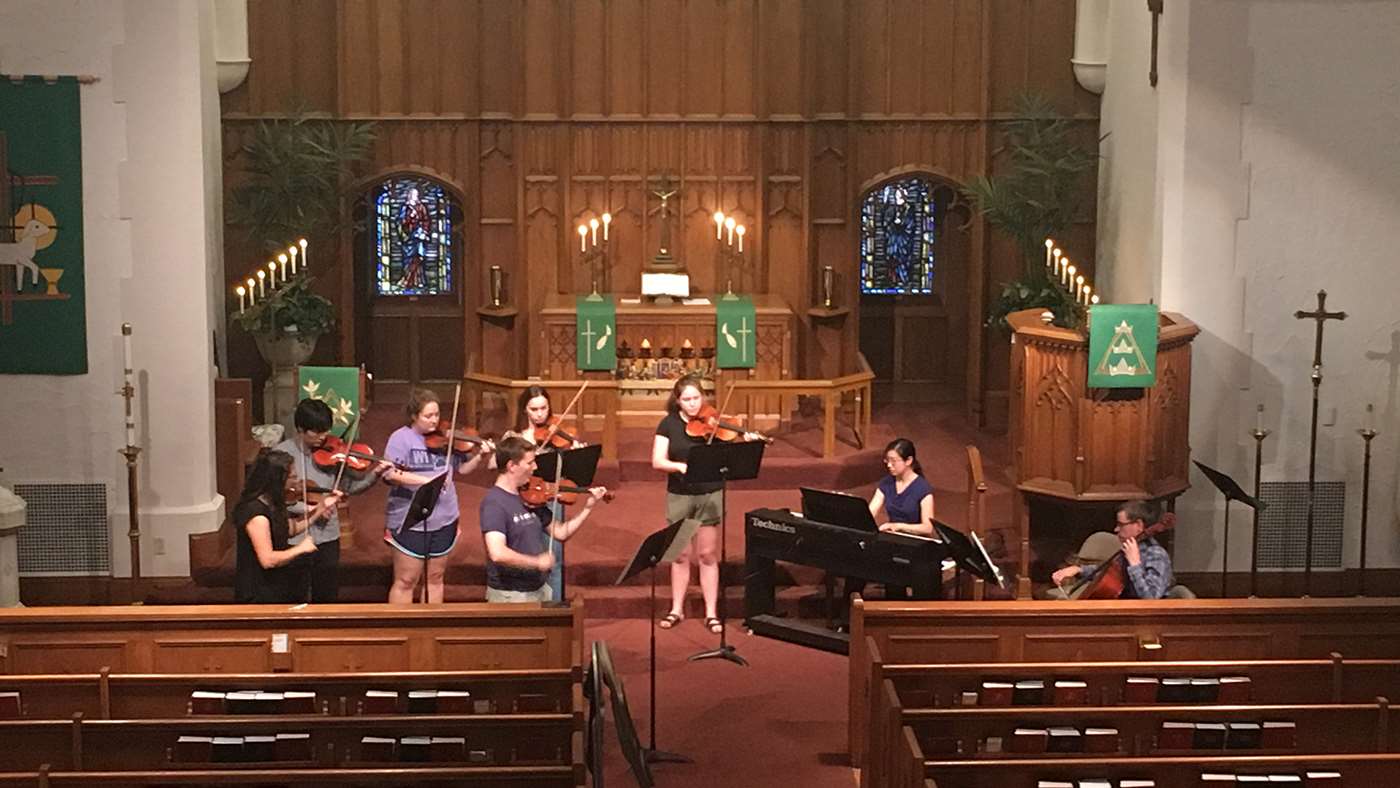 To put together the summer video series, small ensembles gathered safely outdoors or in homes to record their pieces, which will run into early September. The plan is to release new videos every Friday on their Facebook page while also issuing calls for donations, Rehborg says.

Following this series, the orchestra has plans to potentially host an outdoor concert in September. It would mark the first time the entire orchestra has been together since it presented a concert entitled “The Greens of Spring,” a performance held in MCW’s Alumni Center in March before the pandemic shut in-person activities down.

“We're very much looking forward to the return to in-person rehearsals and in-person concerts,” Rehborg shares.

But, for now, Rehborg is excited about the opportunity to help raise funds for a worthy cause and share some great music with the wider community. “It was a combined effort to put this series together, and we’ve got a nice lineup for everyone!”