There’s a battle brewing at the Medical College of Wisconsin (MCW), and it involves the fundamental processes happening in cells. In particular, says Michele Battle, PhD, a development biologist and associate professor in the Department of Cell Biology, Neurobiology and Anatomy at MCW, it’s the challenge of learning how cells develop and cooperate to make an organ and then learning why certain cells don’t function properly in diseases.

“By understanding the normal processes that make those cells, maybe then we can understand how to fix damaged cells when things go wrong in diseases like cancer,” she says.

For 20 years, Dr. Battle has worked to decipher this code, researching how cells amplify, how they’re programmed, how they function and ultimately how to make genetic modifications to cells that save lives.

“That's where regenerative medicine comes from,” she says.

The genesis of this work is basic science and developmental biology, Dr. Battle explains. A breakthrough in this type of research has been the study of model organisms such as worms, fruit flies and mice. And while each discovery individually may not hold the key to curing diseases, when pieced together with the work of labs across the world, those foundational studies lead to transformative therapies.

“The discoveries we make are essential pieces of a puzzle, that when put together, tell a story and allow you to understand a process or a mechanism, and then hopefully apply that to improve people’s health,” she says.

Part of the challenge behind the work of Dr. Battle and other developmental biologists is the public opinion of techniques such as growing organs or tissues in a dish and the ethics behind altering the genetic code in general.

“In this type of therapy, we're only changing the cells that you will use to treat the disease; it doesn't change the whole person,” Dr. Battle says. “I think we have to remember that it's about fixing a problem and being able to cure a disease that may otherwise not be curable.”

The idea of what DNA is and how to work with it is something that fascinated Dr. Battle when she was just in grade school – the thought that there were a series of molecules and cells that made you who you were. She carried that curiosity to college at the University of Scranton in Pennsylvania, where she studied biology and philosophy.

She went on to earn her PhD in cell and molecular biology from Michigan State University under the guidance of some of the elite women scientists in the field, who transferred to her the importance of mentorship.

It’s a value she carried on to her work at MCW, where she leads the appropriately named “Battle Lab.” 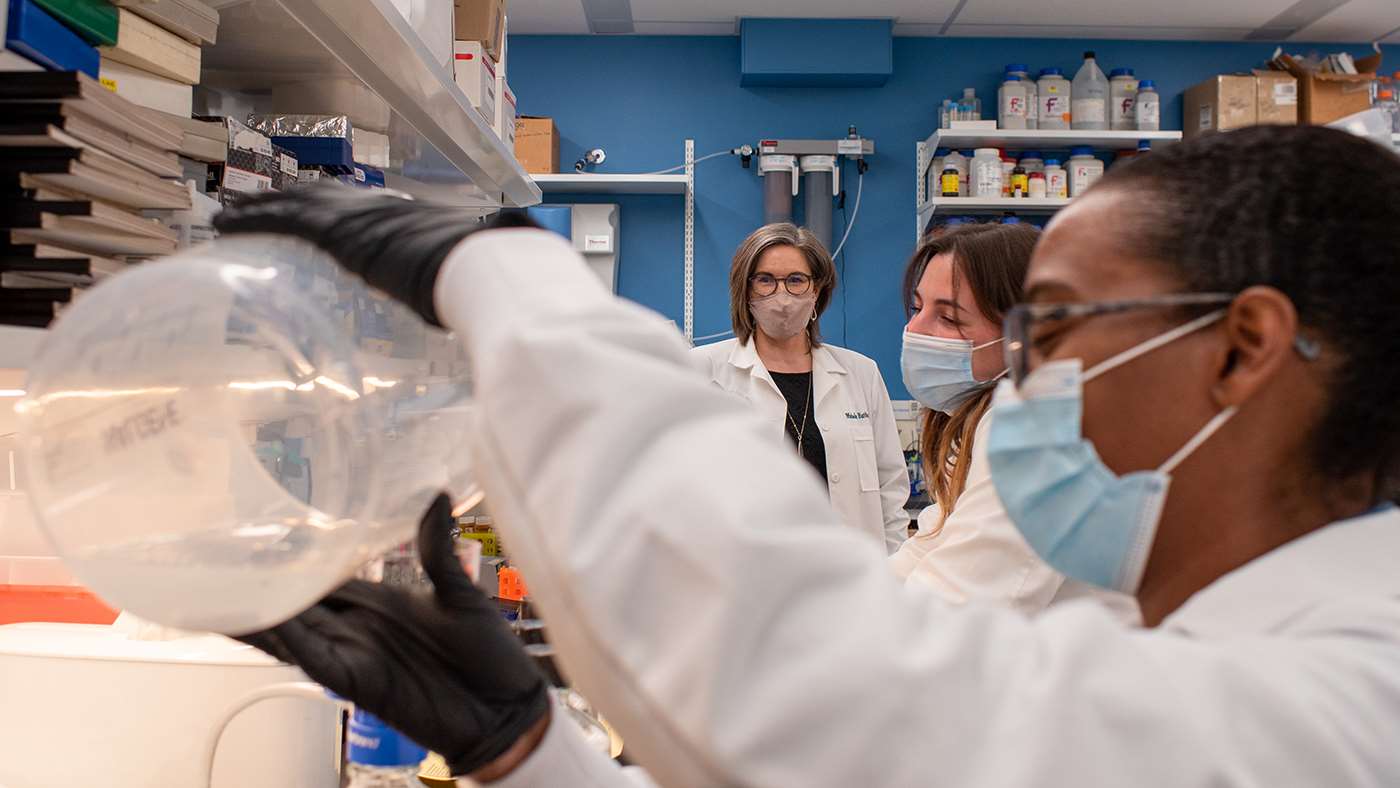 “At the heart of being a leader is being a good mentor and working hard to mentor the students in my lab,” says Dr. Battle, who shares that her lab is made up of all women scientists as are all of the students she mentored. “It is very exciting to have women in science in my lab and to really let them know that they do belong and that they are fantastic and that they are the future of science, the future of research, of new discoveries that will drive transformation in human health.”

Currently, the Battle Lab is focused on understanding esophageal cancer. Specifically, Dr. Battle explains, they’re looking at throat cancer, and stomach cancer to learn how normal cells become transformed into cancer cells in the early stages. These difficult cancers are typically not found until the late stages, which makes treatment difficult and the prognosis worse for patients.

“The earlier you can treat cancer or the earlier you can find cancer, the more success you'll likely have in a patient,” Dr. Battle says. “We want to understand those initial stages so that we can then hopefully find ways to target it at that stage.”

Coinciding with that battle is a battle for diversity, equity and inclusion in the field and in research and treatment.

“I feel like as a scientist, my battles are many, and my battles are to solve problems and also to help support and bring up as many trainees as we can and hopefully reflect our community,” she says. “Being sure that we're representing all races, all ethnicities in the work we do and in the samples we use.” 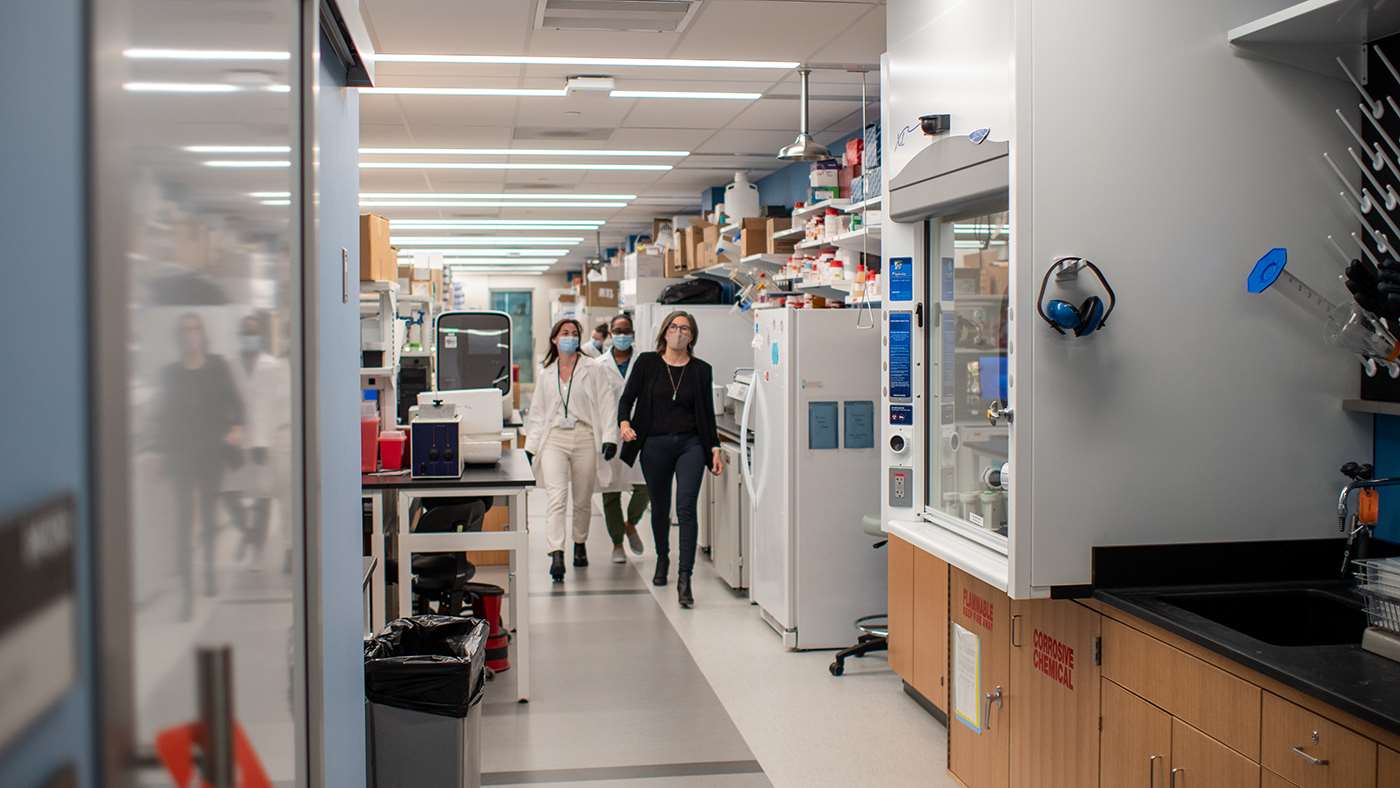 Dr. Battle says cancer needs to be understood across racial barriers and ethnic barriers because a treatment that works for one group of people may not work as well for another.