For Maie Zagloul, a second-year medical student at the Medical College of Wisconsin (MCW), taking English as a second language (ESL) classes as a child had a lasting impact on her.

“During that time, it was very much taking students out of the classroom and taking them away from their peers and giving them that one-on-one time,” she recalls.

And while that may be helpful for some, it also had disadvantages.

“I did not spend any time inside the classroom, and that really bothered my mom,” says Zagloul, adding that it also made her feel isolated.

Zagloul, who is of Egyptian and Albanian descent, was born in America but moved with her family soon after to Egypt. They moved back to the Milwaukee area when Zagloul was in the second grade, and she struggled with English upon her return.

As a way to help, her mother read books with her and her brother each night.

“It helped me develop my English in a really fun way, and it’s just like a memory that really stuck with me because I like reading a lot,” shares Zagloul, who is now fluent in Albanian, Arabic and English. 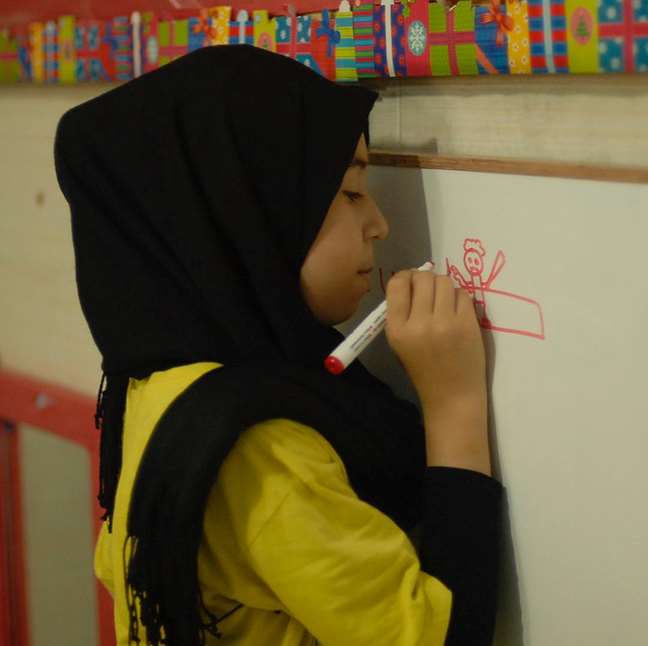 With the help of those books, she excelled in school and went on to Northwestern University, where she majored in human communication disorders. It was while at Northwestern that she learned of a program called Learning for the Empowerment and Advancement of Palestinians, or LEAP. LEAP is a program that sends individuals from America to Palestinian refugee camps to volunteer their time to teach English.

Learning English is crucial for them, Zagloul says, because refugees who test well in English language exams administered by the United Nations have an opportunity to receive a higher education.

“A lot of people don’t end up doing well in those exams not because of their knowledge base but rather because they don’t quite understand the language as well as they should,” she says.

Although her parents weren’t thrilled about the idea of Zagloul going to a refugee camp for eight weeks as part of LEAP, she still wanted to help the program so she reached out.

“I was like, ‘Hey, would you guys need books in English?’ And they were like, ‘Yes, that would help so much,’” she says.

Zagloul began gathering books, eventually collecting around 150 and then packing them up to deliver them to a refugee camp in Lebanon. That experience was eye-opening in many ways, she recalls. A day prior to her visit, a shooting at the camp occurred, so security was sky high. Zagloul was unsure if she’d even get clearance from the Army that patrolled the camp to enter. She was also told not to speak Arabic because of her Egyptian dialect and to follow other strict guidelines.

But once she was able to enter the camp, those concerns flushed away.

“It was one of the best experiences of my life,” Zagloul says. “I learned so much from the kids there.” 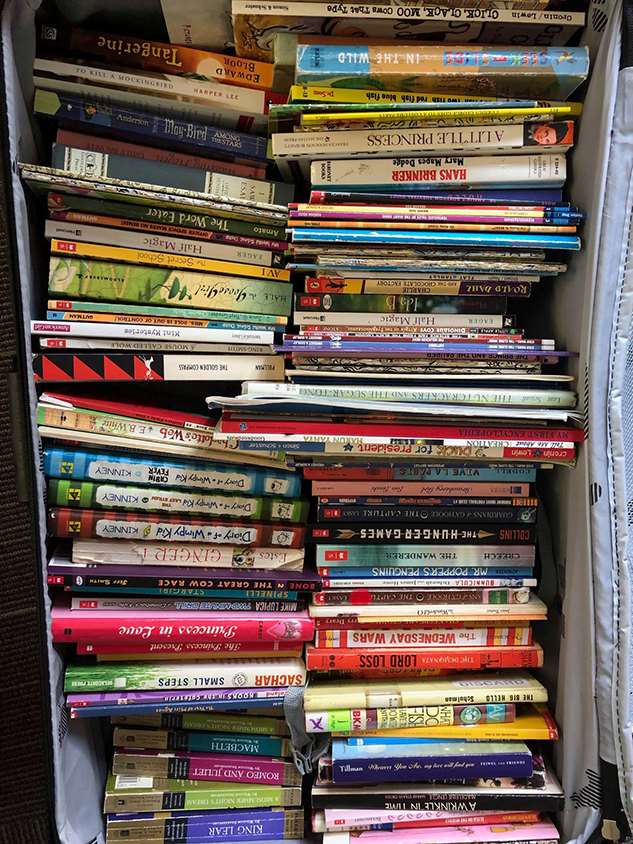 That experience inspired her to launch the organization Books for Chance and expand her efforts to also provide books for Syrian refugees. Partnering with nonprofits in Milwaukee, collection donations from friends and classmates, and book collections at mosques, Zagloul has been able to send more than 2,000 free books overseas.

Zagloul is now looking to expand her operation to provide books for Afghan refugees, including some who have settled in Wisconsin. That project is being supported by the International Institute of Wisconsin, which will help deliver the books to families in need. She is also planning a book drive with the American Muslim Medical Student Association at MCW and partnering with the Jewish Student Association and the Art Club to help gather more books.

In late 2022, thanks to several local media stories spreading the word on Books for Chance, Zagloul was able to collect more than 4,000 books for children across all ages. She subsequently worked with several schools in Milwaukee including Salaam School, Garland Elementary School, Grant Elementary School and the Milwaukee Academy of Chinese Language to host free bookfairs for refugee students. Each child was able to pick out books that interested them and take them home to keep.

“I got to meet kids from all different backgrounds and help them choose books that they were excited about. It was such a surreal experience,” says Zagloul. “Moving forward, I am working with the International Institute of Wisconsin to organize Read Aloud events with refugee children and their families.”

Zagloul believes she can be helpful because she understands some of the cultural barriers and stigmas that keep some families from seeking health care. As both a health care worker and through Books for Chance, she plans to continue to help others while also learning from them herself.

MCW Professor and His Family Strive to Improve Health for All

About five years ago, MCW’s Dr. Ken Lee heeded a call to serve at an orphanage in Puebla, Mexico.