The road to Match Day, when graduating medical students open an envelope revealing where they will complete their residency training, is a long one for all who dare to take it. But not many have traveled a path as long or as arduous as the one taken by Chris Zeman, a fourth year student at the Medical College of Wisconsin- Central Wisconsin campus.

“I’ve lived just about everywhere you could think of,” says Zeman a South Milwaukee native who traveled the world as a communications officer for the Army before joining the Special Forces.

His journey included stays in Korea and a year deployed in Iraq in 2008 – not a typical path for a future doctor. In fact, although Zeman says he’d always had a huge respect for the profession, he’d never really considered doing it for a living. But an early and tragic experience in Iraq opened his eyes to the possibility.

“A part of my unit was involved in an IED strike,” Zeman says. “The driver of the vehicle passed away instantly, and the gunner and the passenger were both injured.”

Zeman wasn’t traveling with his unit at the time, but he did see how badly injured the survivors of the attack were when they returned back to the United States. 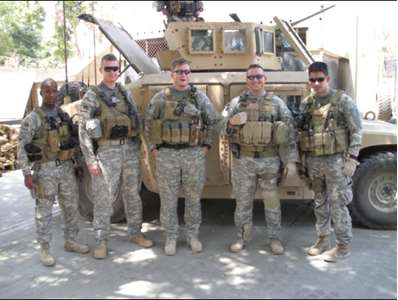 “The medics that kept them alive did an amazing job, which allowed them to continue with their lives and military careers,” says Zeman, who completed active duty in 2013 and moved back to Wisconsin.

By then, he was a married father of two, with another child on the way, and still hadn’t seriously considered attending medical school. But the birth of his third child, Evie, helped him make that decision.

Evie was born seven weeks early, he says, and had gastroschisis, a rare birth defect that occurs when an opening forms in a baby’s abdominal wall. The condition led to a long hospital stay and several surgeries. Zeman describes the care she received as moving.

“From the nurse who held my wife’s hand to the pediatric surgeon that took care of my daughter, they were amazing,” he shares.

Going through that experience made Zeman feel like maybe he had the skill set to bring someone peace and comfort on what may be the scariest or worst day of their lives.

He took the plunge, becoming a member of the inaugural class at MCW-Central Wisconsin in 2016. There he joined a diverse group of classmates with their own unique set of circumstances. Together, they went through growing pains and learning curves that Zeman describes as building a plane while flying it. With the support of his classmates, staff at MCW and most importantly his family, who endured his travels across the world and then his long hours of study, he is now closer than ever to reaching his goal. 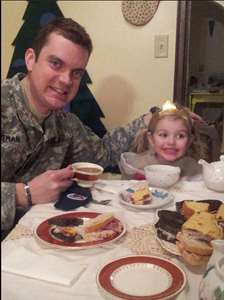 “I feel like it’s coming full circle. My education, my training, my professional experiences and the support of my family set me up to do well,” says Zeman, who is still an active member of the National Guard.

He hopes to eventually establish his practice in Northern Wisconsin, an area he says is short on providers, especially those who provide primary care, which he hopes to specialize in, he said.

But, before he gets to that point, there is the matter of learning his Match, which could mean a move to another state for Zeman and his family. His family is preparing for that change and another major one that could also occur on that momentous day.

“Our fourth child is due on Match Day,” Zeman says. “We’re going to be busy!”