Gifts from the Greg Sensiba Memorial were used to create a refreshment lounge in the Clinical Cancer Center that offers a welcoming, inviting environment for patients and families during appointments.

Greg Sensiba, a state wrestling champ, discus thrower and football star, was known for his athletic prowess, but also his genuine personality and concern for others. “From the beginning, he was so caring. He always opened the door for me. He was a really good person,” says Cathy.

From that first date, their love grew. They were married and welcomed three children: Steve, Amy, and Marejo, the “loves of their lives.” Although Greg was an incredibly busy man, working as an insurance salesman, and later founding CRG Services, an insurance and financial services company, he always made time for the kids, and later for his grandkids who he adored. “Every Saturday and Sunday, Greg and I took the grandkids to Morningstar Golf Club; it was the greatest joy in our later years,” recalls Cathy with a tear in her eye.

During an annual exam at age 60, Greg’s bloodwork came back and showed he had an aggressive form of Chronic Lymphocytic Leukemia (CLL). “The doctor told us that this is the type of leukemia he can die with, not of, so we knew this was not good news, but we didn’t worry too much,” says Cathy.

Unfortunately, it wasn’t long before Greg started showing signs of the cancer and became more tired than usual. He chose to start with alternative medicine, but as time progressed, Greg started seeing an oncologist, and his counts began to improve after beginning chemotherapy. From there, Greg received a referral to see Ehab Atallah, MD, professor of medicine and section head of hematological malignancies at Froedtert & the Medical College of Wisconsin.

“I remember the first time we walked into the cancer center at Froedtert. Our whole experience was outstanding. It really is a wonderful place, and I was so pleased with the care we received,” smiles Cathy.

Greg began receiving treatment at the Grace Clinic in the Clinical Cancer Center two to three times per week. “We never felt rushed at the clinic. Dr. Atallah was so knowledgeable, but also interested in Greg as a person. He spent a lot of time with us and all his patients,” says Cathy. 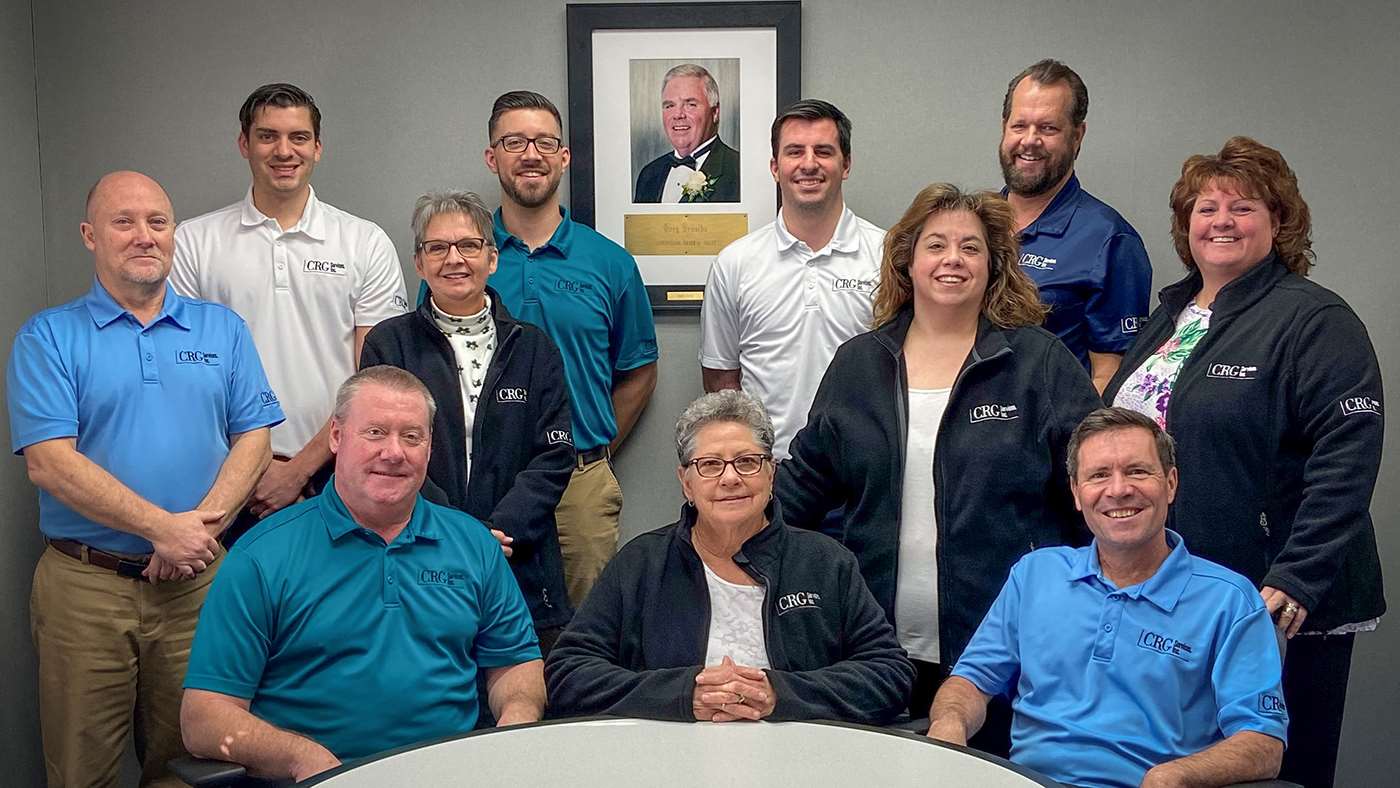 In the years that followed, Greg continued to receive top notch care from Dr. Atallah and his team. “Of course Dr. Atallah, in my opinion, can walk on water! He was so kind to Greg. He is a very special oncologist,” says Cathy.

Cathy recalls feeling thankful Greg had an oncologist who would answer their questions with patience. There were times Greg would refuse a treatment he needed and Dr. Atallah would take the time to explain its importance, helping Greg feel comfortable and really understand why the treatment was needed.

After two years of treatment, Greg received results from a test on his liver that showed it was no longer functioning; he was told he didn’t have much time left.

“Greg fought so hard for a long time. I knew there was nothing more we could do. A palliative care physician came in and told me it was time to be a wife, not a caregiver. I agreed with her, and we chose for Greg to receive care at Angels Grace Hospice in Oconomowoc.”

As Greg was transferred to Angels Grace, the care team brought in a harp player and Cathy recalls how moved Greg was by the music. She was also thankful that more than 20 family members were welcomed into the hospice to stay overnight.

On November 8, 2014, at the age of 69, Greg passed away, surrounded by his loving family and friends.

"Dr. Atallah called me two days after Greg passed away to see how I was doing. He was so caring. I trusted him exclusively,” says Cathy.

In honor of Greg and to show gratitude for the care he received, Dave Stanislawski, Amy’s husband, came up with the Greg Sensiba Memorial, a charity golf event at Morningstar Golf Club that raises funds each year to support the Grace Clinic. What started as a small family gathering has grown into a large, celebratory event, organized by the Sensiba, Stanislawski, and Ramsey (Marejo’s family) families, hosting more than 30 groups of players of all ages. In fact, Dr. Atallah comes out year after year to support the event.

Cathy and her family look forward to the event every year and feel such excitement raising money for the Grace Clinic, a center so close to their hearts. The event boasts everything from a costume contest to a 50/50 raffle. “Everyone is so generous,” says Cathy. “It’s been amazing to watch how even when the teenage grandkids have won the raffle, they donate their winnings back in honor of their grandpa.” 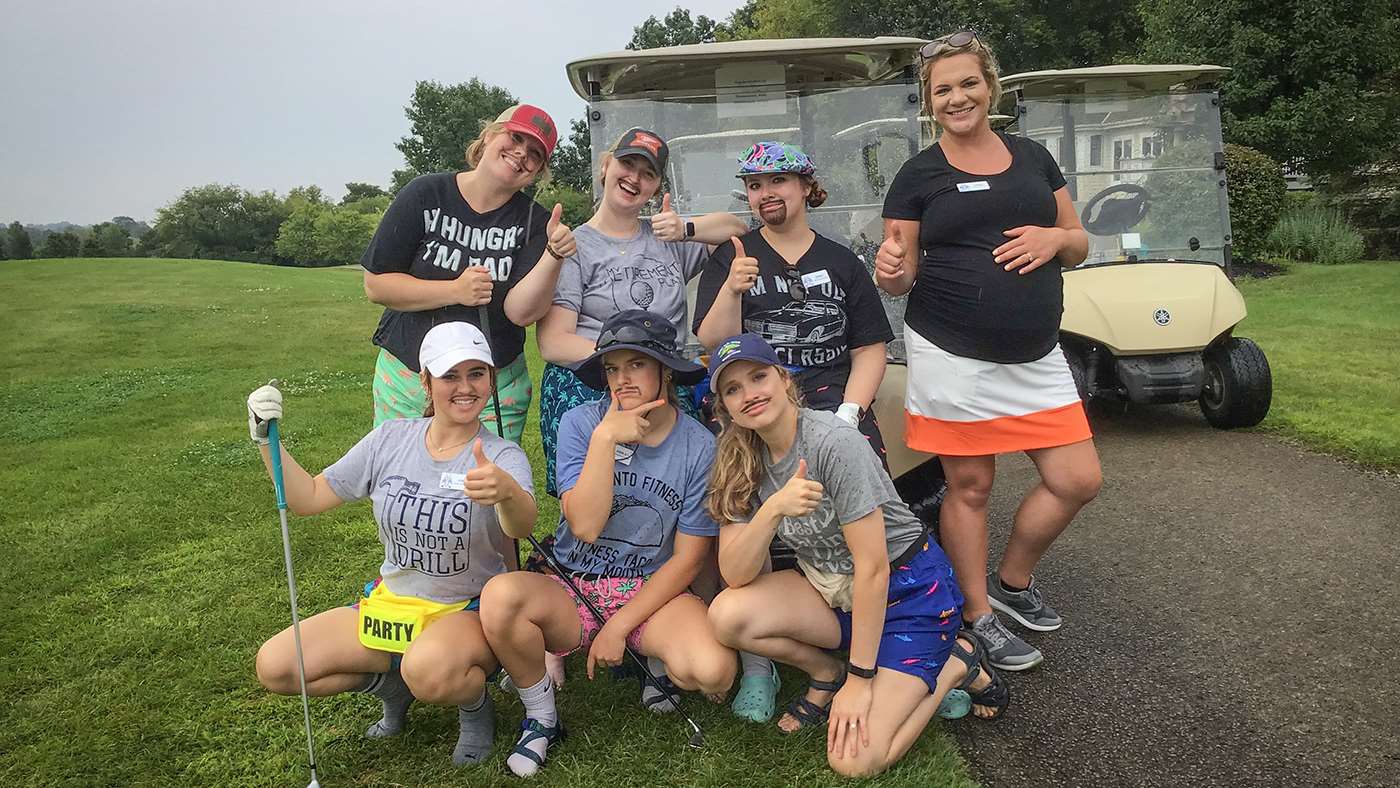 Proceeds from past events were used to build a refreshment lounge in the Cancer Center. This project was inspired by Dr. Atallah’s suggestion of providing an area in the center where families could take a break and enjoy something to eat but stay close to their loved ones receiving treatment. Before the lounge was created, visitors had to leave the Cancer Center and walk to the cafeteria. Because of the Sensiba’s generous donation, this area now welcomes patients and guests to move about the center, creating an inviting atmosphere.

The Sensiba, Stanislawski, and Ramsey families feel honored that they can make a difference in the lives of those affected by cancer and are eager to continue hosting the golf event to fundraise for patient care.

“It’s such a fun outing,” says Cathy, and her entire family nods in agreement. “Greg’s got to be awfully proud.”

MACC Fund: The Power of Collaboration

The MACC Fund, Children’s Wisconsin, MCW and the community are a united force in the fight against childhood cancers.