We Remember a Visionary: The Legacy of T. Michael Bolger – Part 1

The Spring 2019 issue of MCW Magazine features a tribute to T. Michael Bolger (1939-2018), the longest-serving president and CEO of the Medical College of Wisconsin. This is the first installment in a three-part series about his remarkable life and legacy.

It is impossible to set foot on the campus of the Medical College of Wisconsin-Milwaukee without sensing the hand – and heart – of T. Michael Bolger, JD. For four decades, MCW was Mike Bolger’s canvas – and the artistry, wisdom and passion with which he helped shape the future of our institution echoes throughout our halls today and will resonate for generations to come.

A visionary leader, brilliant strategist, great friend and longest-serving president and CEO of the Medical College of Wisconsin, Mike left us all too soon on November 29, 2018 at the age of 78, following a brief illness.

How fortunate we are that in the fall of 2016, Mike sat down with chief historian Richard (Dick) Katschke to videotape his memories of his long-time association with the MCW. Mike’s words, interspersed throughout the story below in italicized font, are a window into the extraordinary vision, sparkling wit, generous soul and deep commitment that crystalized his legacy at MCW. 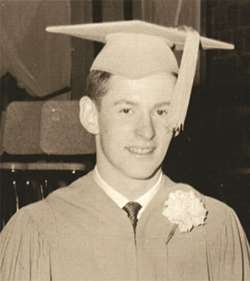 Born in Minocqua, Wisconsin, on December 23, 1939, Mike’s childhood was a happy one amidst a large loving family and the beauty and serenity of the northwoods. It was here that as a teenager he met Ginny – the love of his life and best friend – and where he retreated to each summer in adulthood to escape the hectic pace of life in big-city Milwaukee. Mike graduated from Minocqua High School in 1957 and Marquette University in 1961, where he served as president of both student bodies.

My extended family all were connected to medicine, and it was assumed that I would be a physician too. When I graduated from high school, I was accepted into the pre-medical program at Marquette University. Then I was accepted into the Marquette University School of Medicine in 1960, but during my last semester senior year I began having second thoughts and I decided to become a priest.

When I went to the medical school to withdraw my acceptance, the registrar, Bessie Casey, told me, “you’ll always have a place at this medical school.” Little did she know it would be as its president. I spent seven years in the Jesuit seminary during the turbulent years of the 1960s, so I decided to leave the seminary and try to save the world through social justice and went to Northwestern University Law School.

Mike’s remarkable life’s journey took him down many paths before his connection to MCW began in 1970 as a lawyer with Milwaukee-based Quarles & Brady and culminated in his 20-year tenure at the helm of MCW from 1990-2010. (In 1967, Marquette had terminated its sponsorship of the medical school; corporate reorganization then established the entity as a private freestanding institution named the Marquette School of Medicine. In 1970, it was renamed the Medical College of Wisconsin.)

I came to Milwaukee and in 1970 joined the law firm of what now is Quarles and Brady, and spent 20 years working as a lawyer. My first real client was the Medical College of Wisconsin. Louis Quarles was president of MCW at that time and he asked me to help out [Louis Quarles was president of the Marquette School of Medicine/Medical College of Wisconsin from 1967-1972]. So I became the assistant secretary to the MCW board. Then Mr. Quarles died and the board turned to me, so I became the lawyer for the medical school. I had a wonderful time working with various people to make the transition from Marquette University to MCW smooth and legal.

As MCW’s lawyer, Mike remained in the thick of changes occurring at the medical school. In 1973, the Wisconsin legislature authorized a commission headed by businessman David Carley to assess the progress of the newly independent Medical College of Wisconsin. In January 1974, the Carley Committee recommended that MCW remain private and relocate to the Milwaukee Regional Medical Center (MRMC) campus in Wauwatosa. David Carley served as president of MCW from 1975-1977.

I was on the Greater Milwaukee Committee and we wanted to see the regional medical center become an academic health center – the lynch pin of which would be the medical school. To move the medical school from its downtown location at Marquette, it needed the support of the movers and shakers in the community – and that was the Greater Milwaukee Committee. John Doyne, the Milwaukee county executive, came to the GMC and said, “Let’s put this deal together. We’ll draft a master lease for all of the entities to sign.” Since I was the youngest lawyer of the group, I was the one who got to draft the master lease – which took a lot of time. We finally signed it, which freed us up to start construction.

In 1975, Project MERIT (Medical Education and Research Into Tomorrow) was launched to build a new home for MCW on the MRMC campus – and Mike had a vested interest in ensuring a successful outcome.

Project MERIT was a $17 million fundraising campaign – the largest ever in Milwaukee. All of the movers and shakers in town came together to raise the money. MCW became the “pet” of the powerbrokers in Milwaukee and it became “the” prestigious board to be on. 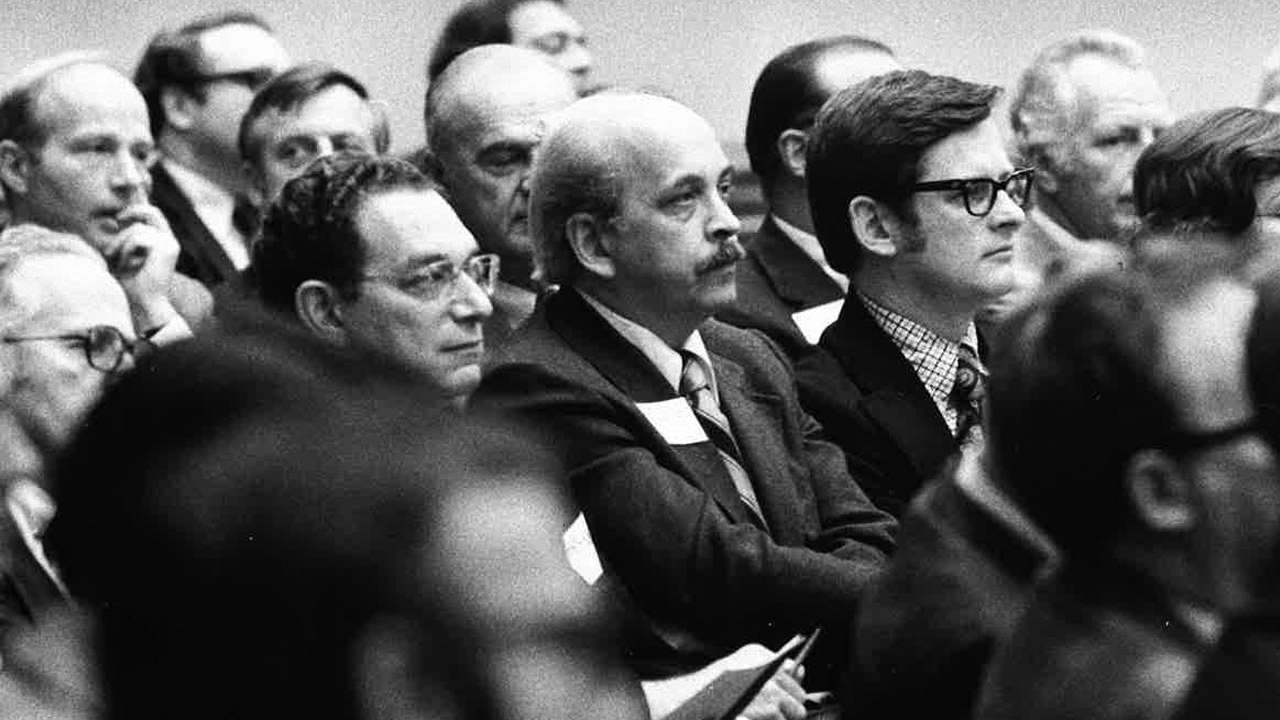 (l-r) Dr. Sidney Grossberg, Dr. Edward Lennon and Mike Bolger at the launch of the Project MERIT fundraising campaign in 1975.

With the opening of the new Basic Science Building (BSB) in 1978, MCW and the MRMC began a period of extraordinary growth that would continue throughout Mike’s tenure. The BSB consisted of two wings (a three-story multi-use wing now known as the Medical Education Building – MEB and a six-story department wing now known as the Basic Science Building). At the time it was only the third building to be occupied by the medical school since 1913. Froedtert Hospital opened in 1980, and Children’s Hospital of Wisconsin and the MACC Fund Research Center followed in 1988.

We opened classes in a tent on the MRMC campus where the Health Research Center is now because construction wasn’t complete. That was just for the first two years of medical school then, as the second two years were taught in the hospitals. The County Hospital was the principal teaching hospital then, along with the VA. Then Froedtert opened in 1980; Children’s was still located downtown.

Mike helped craft the agreements in 1979 that led to the creation of the Medical College of Wisconsin Affiliated Hospitals (MCWAH) as a corporate entity to oversee the residency training programs undertaken at area hospitals affiliated with MCW. Currently, MCWAH offers more than 90 residency and fellowship training programs at 10 affiliated institutions and boasts more than 900 residents and fellows.

As general counsel for MCW, I helped created MCWAH – which enabled us to engage with area hospitals. It quickly served as a national model for collaboration among hospitals for residency.

Mike provided a road map for those of us who view our role in the community as both guiding business institutions but also attempting to challenge and make them better and much more inclusive.

Mike was a true renaissance man with an amazing range of interests. He was an inspiring leader and brought out the best in people.

Paula Traktman, PhD, chair of what is now the MCW department of microbiology and immunology, 1997-2015

Read more about the remarkable life and legacy of T. Michael Bolger (1939-2018), the longest-serving president and CEO of the Medical College of Wisconsin.