We Remember a Visionary: The Legacy of T. Michael Bolger – Part 3

The Spring 2019 issue of MCW Magazine features a tribute to T. Michael Bolger (1939-2018), the longest-serving president and CEO of the Medical College of Wisconsin. This is the final installment in a three-part series about his remarkable life and legacy. In the fall of 2016, Mike sat down with MCW’s chief historian, Richard (Dick) Katschke, to record his memories. Mike’s words are interspersed throughout the story in italicized font. 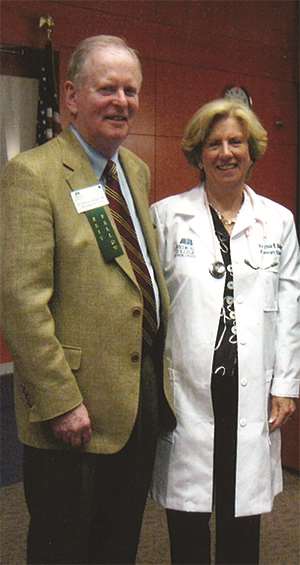 An additional benefit of Mike’s association with MCW has been the contributions of his wife of 50 years (they celebrated their golden anniversary on August 24, 2018). With grace, charm, dignity and an abundance of patience, Ginny served as an ambassador for MCW as she traveled across the country with Mike to meet alumni and donors. She also served as president of the Friends of MCW and was a member of the Cancer Center Advisory Board and founding member of MCW’s Women in Science program. Ginny was named an honorary alumna by the MCW/Marquette Medical Alumni Association in 2010. (Pictured right.) In recognition of her outstanding contributions to MCW, Ginny will receive an honorary Doctor of Humanities degree at MCW-Milwaukee’s Commencement Ceremony in May 2019. In addition to Ginny, Mike is survived by son John Michael (Kerry) Bolger and daughter Jennifer Bolger (Enrique) Breceda, and grandsons Michael, Conley and Charlie Bolger, and Faolan Breceda.

Mike had an “open-door policy” as president and believed everyone had something valuable to offer. He was beloved by faculty, staff, students, alumni and partners alike and received numerous awards as a testament to the high esteem in which he was held. In 1991, the medical students selected him to receive their first “Standing Ovation Award” (since 2010, known as the “T. Michael Bolger Standing Ovation Award”) for his contributions to improving the quality of student life at MCW. In 1995, Mike was named an honorary alumnus by the MCW/Marquette Medical Alumni Association. In 2010, the Midwest Athletes Against Childhood Cancer (the MACC Fund) – MCW’s largest donor – presented Mike with its Founders Award, which at that time only had been given twice since 1976. In 2012, Mike received an honorary Doctor of Medical Science degree from MCW.

At his Recognition Dinner on June 23, 2010, Mike was lauded for his visionary leadership, passion and commitment to MCW and well as for leading by example, accepting responsibility, inspiring others and respecting the scholarship and leadership capability of colleagues.

In 2016, reflecting back on his retirement in 2010, Mike was humble about his contributions – but his voice was laced with pride.

I thought it was time to retire, as I had been at MCW for 20 years. I had just been diagnosed with Parkinson’s and felt MCW needed a leader who had the energy and who could take MCW to the next level. I wanted to find someone who had could keep the institution on our same path as a place with humanitarian instincts and opportunity for growth. I didn’t want a caretaker but rather someone who could move the institution forward. Dr. John R. Raymond, Sr. has done just that.

The school is huge compared to what it was in the early 1970s. It operated out of half of a building on the Marquette campus. Now we have three campuses and a vital research enterprise at the highest level – and other institutions raid our faculty instead of the other way around. I see MCW as a school that is full of humanism. We take the Jesuit model seriously in that we can always do more and we can always do better. It was a good run. I’m glad I did it. At the time I became a candidate, I saw something about the school that appealed to me…taking care of people is my strong internal direction…and that hasn’t changed. It was a labor of love.

T. Michael Bolger’s indelible legacy at MCW will continue to enable us to discover and deliver new treatments and cures, prepare healthcare and scientific leaders of the future, transform healthcare delivery and quality, and support community health improvement initiatives. We remember him with great love, respect, honor and gratitude. His lasting impact on the Medical College of Wisconsin makes it possible for those who follow to stand on the shoulders of giants. 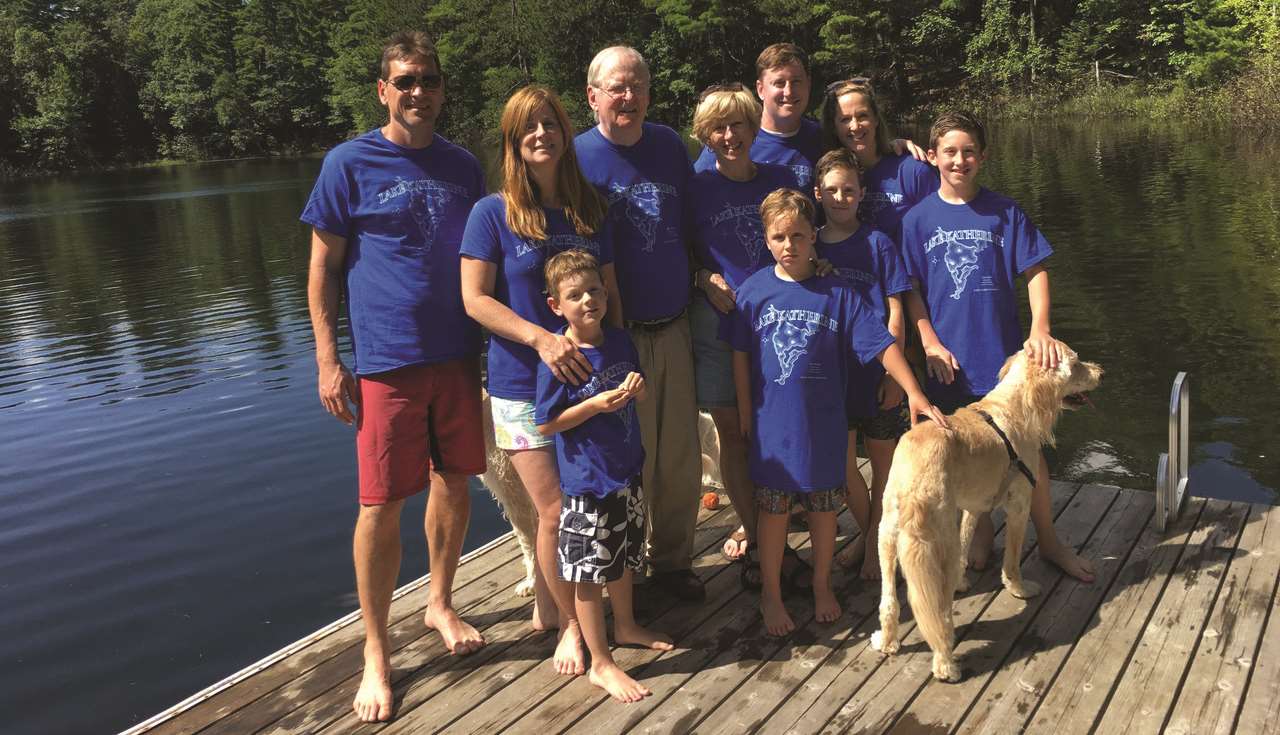 Michael was a tireless worker and very dedicated to every cause he was involved with. He loved MCW and he loved Ginny and his family.

Mike's contagious enthusiasm and consistently optimistic outlook was highly influential in the advancement of every initiative taken on campus during his tenure as president.

J. Frank Wilson, MD, 40-year member of the MCW faculty (28 years as chair of the department of radiation oncology)

Read more about the remarkable life and legacy of T. Michael Bolger (1939-2018), the longest-serving president and CEO of the Medical College of Wisconsin.