What is gastroparesis?
Gastroparesis is a chronic disorder in which food moves through the stomach more slowly than normal. Patients with gastroparesis complain of chronic or recurrent gastrointestinal symptoms such as nausea, vomiting, abdominal pain, early satiety (they get full very soon after beginning a meal), and bloating. They may require frequent hospital admissions for severe symptoms, dehydration, and malnutrition. Symptoms may become so severe that patients may find themselves unable to work or enjoy normal activities.

How is gastroparesis diagnosed?
The diagnosis of gastroparesis is confirmed with a radioisotope gastric-emptying scan. If less than half of a slightly radioactive meal (very low and safe levels) ingested prior to this test empties from the stomach in 2 hours, then the stomach is emptying slowly. This can be due to a number of factors such as an intestinal blockage or narrowing, narcotic medication use (narcotics slow the intestine’s activity) or gastroparesis. Additional tests such as an endoscopy, an upper GI x-ray series, or an ultrasound may be helpful in confirming the diagnosis of gastroparesis.

How can gastroparesis be treated?
Conventional medical approaches to treat gastroparesis have included medications to help the stomach empty. These are called ‘prokinetic’ medications and include drugs such as erythromycin, metoclopramide, and domperidone. Unfortunately, these medications are often of minimal benefit in severe cases and many patients are unable to tolerate some of the side effects. Anti-nausea medications are also commonly used to help with symptoms. A modified diet (low fiber, low fat, small, frequent meals) can help with symptoms and nutrition and is a must before considering surgery for gastroparesis. Some patients will require supplemental feedings, either through an IV or via a tube placed into their intestines. Enterra™ Therapy is a treatment option for drug-refractory symptomatic nausea and vomiting related to gastroparesis.

What is Enterra™ Therapy?
Enterra Therapy is a treatment option for people who suffer from chronic nausea and vomiting associated with gastroparesis of diabetic or idiopathic origin, and for whom standard medications are ineffective. Enterra Therapy involves electrical stimulation of the lower stomach with a system consisting of a generator implanted deep within the tissues of the abdomen, and two electrical leads which are implanted in the wall of the stomach. The leads are almost always implanted in the stomach using laparoscopic techniques (several very small incisions).

Most patients are admitted to the hospital on the day of their surgery and stay one night. Longer hospital stays may be necessary depending on a patient’s medical problems and whether there are any complications. Surgery takes from 1-3 hours on average and is performed under general anesthesia (the patient is totally asleep and does not feel or hear anything).

What is a gastric pacemaker?
Although commonly referred to as a ‘pacemaker’, Enterra™ Therapy involves what is more appropriately labeled as a gastric electrical stimulator. It is often called a ‘pacemaker’ because it looks similar to the cardiac pacemakers that are used to help patients with electrical disturbances in their heart. The electrical energy delivered to the stomach during Enterra ™ Therapy is high frequency and low amplitude; generally not sufficient to make the stomach contract or even empty better in many cases.

What are the results?
In many cases, Enterra Therapy has been shown to:

Enterra™ Therapy is not a cure for gastroparesis, but it may help significantly with the symptoms that result from the condition. The effect varies from person to person and results are not guaranteed. Even if the treatment is working and a patient is feeling better, symptoms may still flare up from time to time. It is important for patients to continue to adhere to a gastroparesis diet (low fat, low fiber) and to carefully monitor their blood sugars if they are diabetic. Gastroparesis attacks can occasionally be triggered by infection and stress, even after the gastric electrical stimulator is working well.

What are the risks of the surgery?
Enterra™ Therapy is generally a very safe procedure. The procedure is reversible and the generator and leads can be removed at any time if necessary.

Some of the risks include infection (which may require removal of the device), erosion of the generator through the skin, perforation or erosion of the leads through the stomach wall, bleeding, injury to the internal organs, blockage of the intestines, a blood clot in the legs or lungs, or a heart attack. There are also risks of general anesthesia. As with any other surgical procedure, there are additional risks that a surgeon and the surgical team will discuss in person prior to surgery. Because the Food and Drug Association (FDA) has designated the Enterra Therapy device as a Humanitarian Use Device (HUD), there is a special consent form and institutional review process that must be adhered to. Patients are provided the opportunity to ask any questions they may have about surgery and the Enterra Device prior to initiating therapy.

Can other people see the gastric electrical stimulator?
The generator is about 2 ½ inches by 2 inches by ½ inch thick. It is positioned deep under the abdominal skin, but not inside the abdominal cavity. When wearing a shirt, the device is usually not apparent to other people.

How long does the stimulator battery last?
The battery life is about 5-10 years. When the battery in the device wears out, a minor surgical procedure is required in order to replace the generator and battery.

What kinds of activities and/or treatments should patients avoid after the gastric stimulator has been implanted?

How often do patients need to be seen by the Enterra™ implanting physician after surgery?
At the Medical College of Wisconsin, clinical protocol calls for visits at 2 weeks, 2 months, 6 months, and every year. More visits may be required in patients who are slower to respond to treatment or in patients with problems. Adjustments of the stimulator settings more often than every 6 weeks or so is not advised. It can take weeks for a particular stimulator setting to take affect. At each visit, a health care provider in the Enterra™ program will interrogate the implanted stimulator to ensure that it is still functional and the parameters are acceptable. The electrical stimulation settings can be easily adjusted in clinic using a programming device.

Providers in the surgery clinic at the Medical College of Wisconsin will manage the settings on the Enterra Therapy device. We do not manage gastroparesis or associated gastrointestinal symptoms in any other way. Patients should continue to work with their regular doctor who has managed these symptoms prior to the surgical procedure to implant the Enterra™ Therapy device. We don’t prescribe medications for nausea, for gastroparesis (prokinetic medications) or pain medications to be taken on a long-term basis.

How much experience do physicians at Medical College of Wisconsin have with gastric electrical stimulation for gastroparesis?
Surgeons at the Medical College of Wisconsin have one of the largest experiences with Enterra Therapy for gastroparesis in the country with more than 100 devices placed (as of November 2014) over more than 9 years. We have presented our results at national meetings and published original scientific research studies on gastroparesis and gastric electrical stimulation in major peer-reviewed surgical journals. 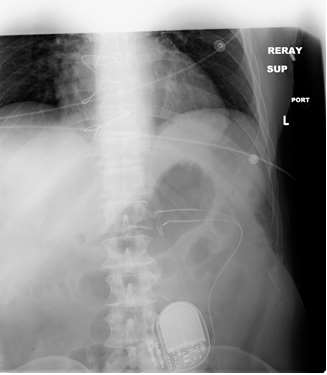 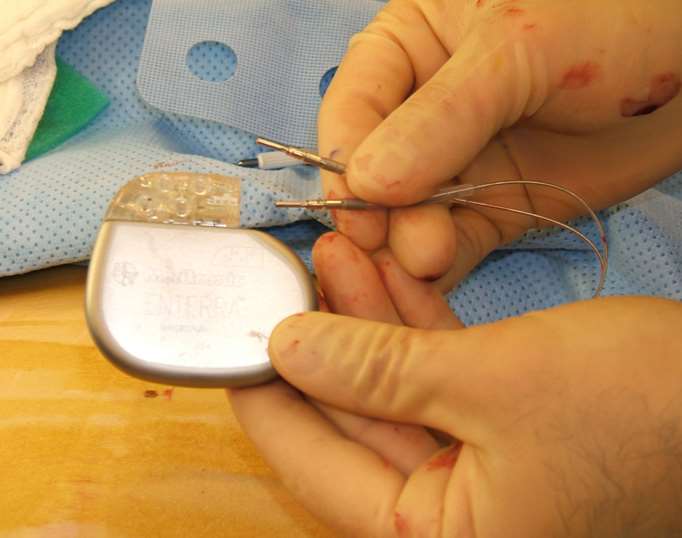