Singing for a Healthier Heart

What if you could improve your heart health just by singing? Thanks to an idea from a cardiovascular medicine fellow who was interested in benefits of singing and its overall impact on cardiac health, a cardiologist at the Medical College of Wisconsin (MCW) has been working on such a question since 2017.

Dr. Kulinski has been working on the study “Evaluating the Impact of Singing Interventions on Markers of Cardiovascular Health in Older Patients with Cardiovascular Disease” since 2017. She had been speaking with one of her fellows when they said they were interested in exploring the cardiovascular benefits of singing.

This conversation sparked the beginning of Dr. Kulinski’s research. She collaborated with UW-Milwaukee Associate Professor of Voice and Opera Theatre Tanya Kruse to learn more about how the cardiovascular system is used while an individual is singing. The research team began to enroll participants in a pilot study in 2017. The pilot data showed promising results, and in September of 2019, the team began enrollment in a larger clinical trial after receiving a grant from the National Institutes of Health. 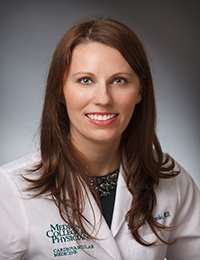 This proposal aims to investigate the impact of singing on important cardiovascular biomarkers, including vascular endothelial function and heart rate variability, in an aging population with established cardiovascular disease. Under the NIH grant, Dr. Kulinski is collaborating with a music therapy team led by Erica Flores of Healing Harmonies Music Therapy and Wellness. Wendy Rowe of UW-Milwaukee is also a consultant.

For the study, participants undergo a series of three separate visits from the researchers. In the first visit, patients complete a 30-minute session of guided singing from an in-person music therapist. The second is a session where an instructional video, led by a professor of voice (and an older student), is played for the patient to follow along with. The third visit is a 30-minute period for the patient to rest with no musical intervention. During this ‘sham’ visit, subjects undergo the same battery of tests.

“Traditional cardiac rehab is recommended after cardiovascular events, such as a heart attack or coronary artery bypass surgery involves physical exercise, typically treadmill-based. Unfortunately, the elderly population who carry the largest burden of coronary artery disease in this country is the population least likely right now to participate in cardiac rehab, mostly because of other comorbidities,” shares Dr. Kulinski. They often think that they will not be able to do the physical activity component of the rehab program.

Because older adults may be less likely to participate in cardiac rehabilitation programs, singing could become an alternate form of cardiac rehabilitation. Singing is a therapy that patients can do while sitting down, allowing them to rely less on their physical ability. This discovery could lead to the potential of giving patients an alternative therapy to lower their risk of heart disease, as their physical abilities start to decline.

Dr. Kulinski says she would love to see singing play a role in cardiovascular rehabilitation therapy as a universal tactic when trying to accommodate services to provide to all patients. This current phase of the study will wrap up in three years. Dr. Kulinski anticipates an additional phase of research incorporating singing into a 12-week rehab program and tracking outcomes before singing therapy gains more traction in the health care industry. Good research takes time.

At this point, it is unclear if a person must enjoy signing to benefit from it. Dr. Kulinski doesn’t necessarily think so. “Exercise is good for us whether or not we like it. Some people dislike exercise, but it’s still good for your health. Music may be the same way.” Dr. Kulinski says, “This research is still in its infancy, and there’s a lot of room for growth, but I believe this is just the tip of the iceberg.”