Help the division of Rheumatology advance medical research through a tax deductible gift.

Help the division of Rheumatology advance education through a tax deductible gift.

Other Ways to Donate

About the Medical College of Wisconsin Arthritis Institute

The Arthritis Institute, founded under the direction of Dr. Daniel J McCarty, has the primary goal of fostering collaborative research within the Division of Rheumatology, with other departments in the Medical College of Wisconsin and with extramural colleagues. Its secondary mission is to provide research training for the next generation of arthritis researchers. All donated funds are applied directly to research projects or research training. 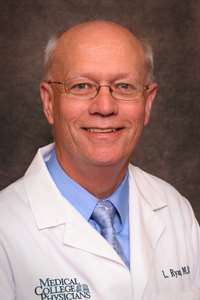 Lawrence M. Ryan, MD is internationally known for his major contributions to the field of calcium-crystal arthritis. He is the father of pyrophosphate research in the United States, and without his seminal studies demonstrating that cartilage and chondrocytes generate pyrophosphate, we would lack any therapeutic targets in this disease. He remains one of the few investigators in this area, and his laboratory was one of the few in the world capable of accurately measuring pyrophosphate.

In 2012, Lawrence M. Ryan, MD, professor of medicine (rheumatology), was elected a Master in the American College of Rheumatology (ACR) and was officially inducted at the national ACR meeting in Washington, D.C. Recognition as a Master is one of the highest honors the ACR bestows members who have made outstanding contributions to the field of rheumatology through scholarly achievement and/or service to their patients, students, and profession. This honor is usually bestowed upon no more than 15 members per year.

The Lawrence M. Ryan, MD, Endowed Education Fund in Rheumatology will serve as a means of permanently honoring the contributions of this outstanding physician and scientist, and provide important resources for the future. One hundred percent of the funds contributed will remain in the Division of Rheumatology. The funds will help to ensure that Dr. Ryan’s outstanding legacy endures and resources will remain available to help the Division maintain its excellence in education, patient care and research. This endowment will fund events, courses, and other educational functions for physician development.