“I received the phone call and was leaving for Ukraine within 48 hours.”

The call had come from Samaritan’s Purse, an aid organization seeking volunteers for humanitarian efforts in Ukraine, working at a medical clinic caring for internally displaced persons related to the war. On the other end of the line, Kristine Hoiland did not hesitate to accept the opportunity to help. As she puts it, “The face of suffering was easy to imagine and difficult to ignore.”

Kristine Hoiland, DNP, APNP, is a nurse practitioner in the Medical College of Wisconsin (MCW) Division of Hematology and Oncology, where she provides care to cancer patients, supporting them and their families through often difficult diagnoses. She also previously worked with MCW’s Trauma Surgery division.

Hoiland’s interest in global health was first sparked during her undergraduate studies when she took a course on health care delivery in the developing world. Later she was able to further explore the global health field while completing her capstone project for her doctorate in nursing, which focused on providing training and mentorship to health care workers in the African country Niger related to the prevention and treatment of childhood diarrheal illness. During this project, Hoiland was able to connect with MCW faculty mentors through the Office of Global Health. 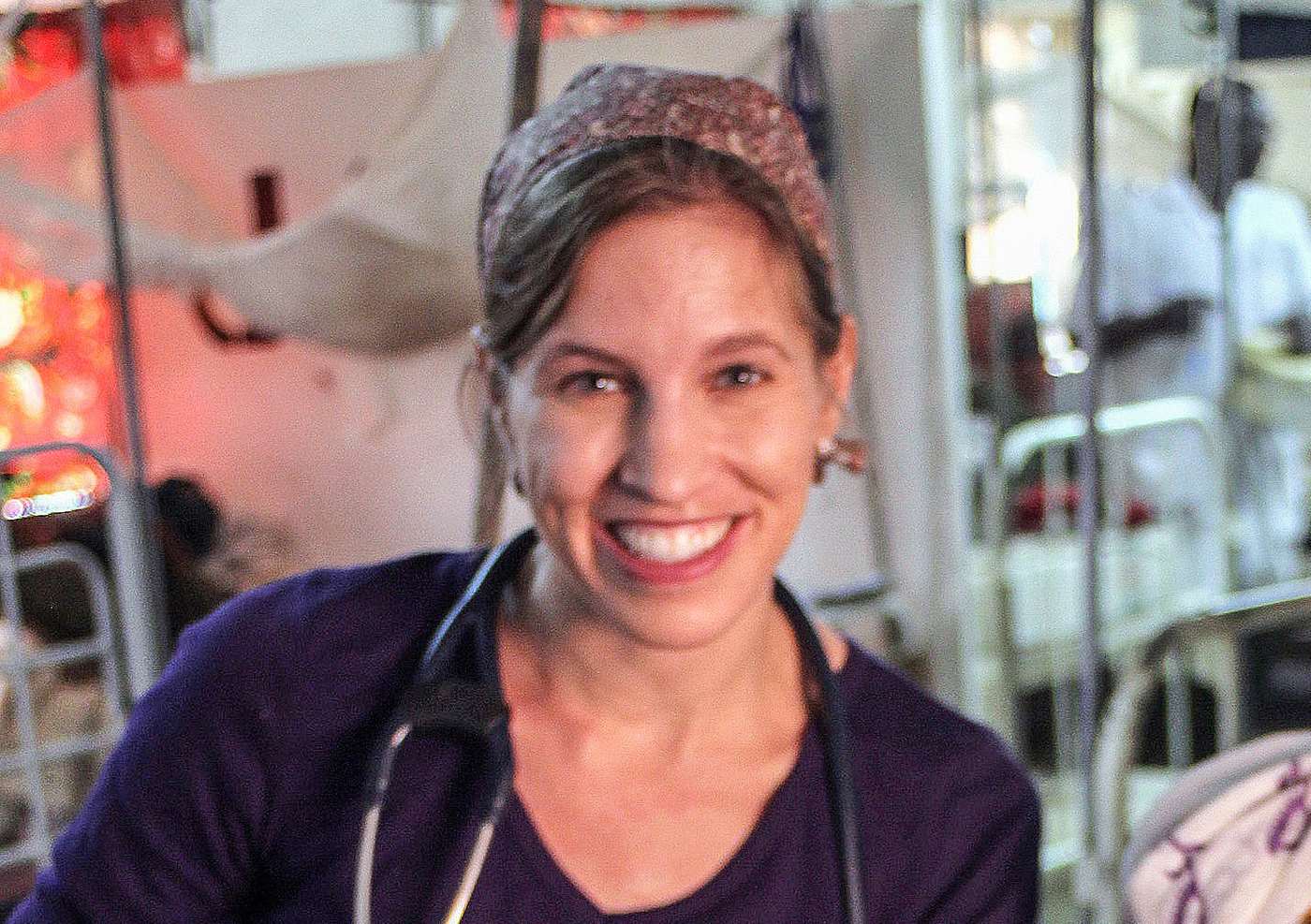 In 2009, Kristine began volunteering with the humanitarian aid organization Samaritan’s Purse, serving on their Disaster Assistance Response Team as well as taking assignments at several international hospitals, including in Niger, the Democratic Republic of Congo, Egypt, Nigeria, Uganda and Pakistan. “Several of these trips have been scheduled during times of need such as malaria season and staffing shortages,” Hoiland explains, “in efforts to help relieve the burden on national staff.” Her medical disaster responses have included the earthquake and resulting cholera outbreak in Haiti in 2010, and more recently the initial devastating wave of COVID-19 in New York City in early 2020.

Humanitarian Aid and Relief in Ukraine

So when the opportunity to deploy to Ukraine came this past May, Hoiland was ready to heed the call and once again serve those in need. At the medical clinic in Ukraine, she worked alongside medical providers from the United States and other countries, including a few Ukrainian physicians who were internally displaced themselves. Hoiland and her fellow volunteers provided medical and trauma care to patients who had fled conflict-affected and high risk areas. Over the course of her four-week deployment, Hoiland treated patients suffering from high blood pressure, headaches and other health problems exacerbated by stress, trauma and fleeing the war.

“Having served in Ukraine, the face of those suffering and affected by the war is much more personal and real. It was humbling to see the resilience and strength of the Ukrainian people,” Hoiland recounts. As she reflects on her experience, it is the personal connections with her patients that continue to resonate most: “It was an honor to be present with them, hear their stories and care for both their physical and emotional needs.” 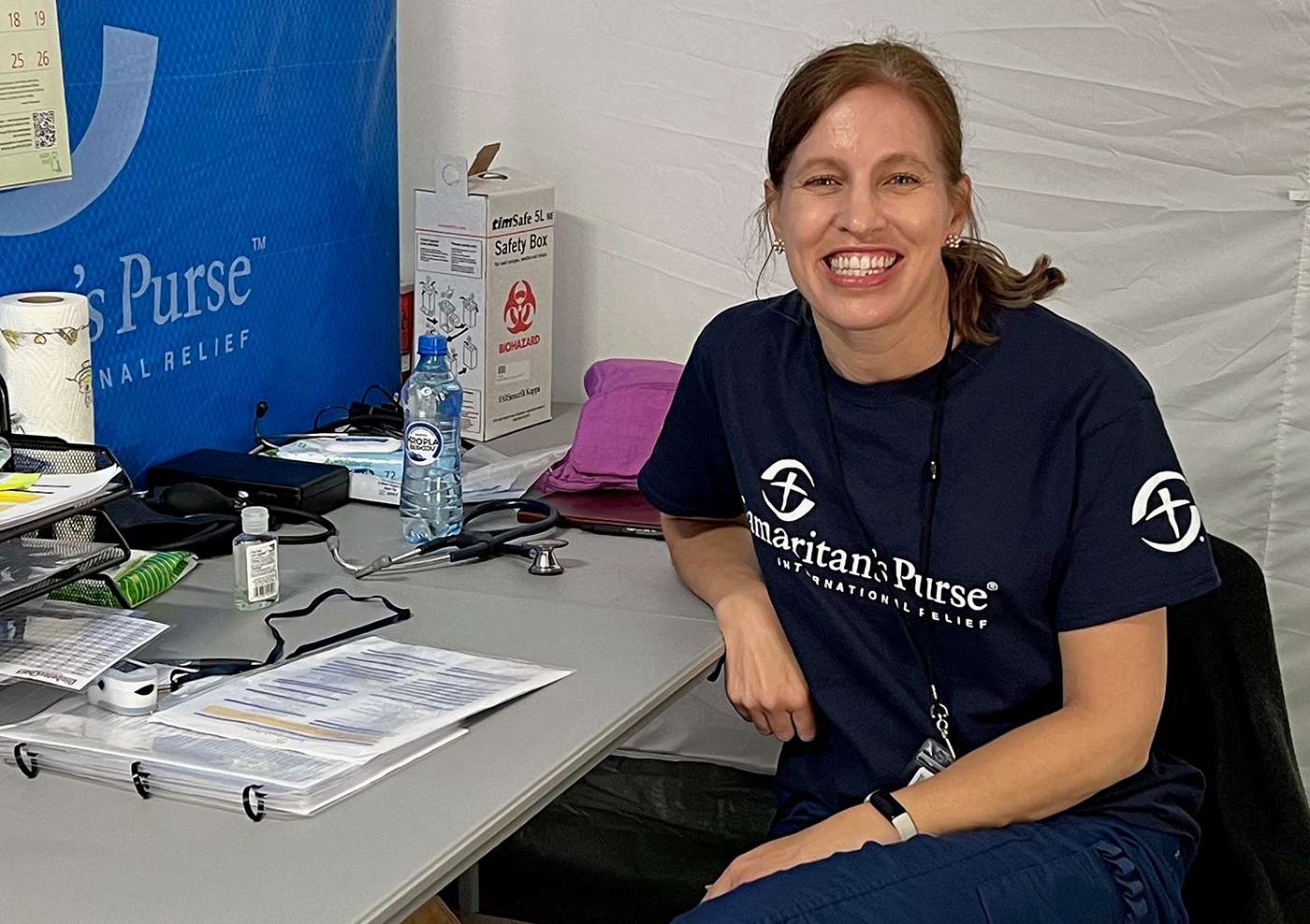 Hoiland returned home from Ukraine in June. She is back to providing cancer care and doing the work she enjoys most, which she describes as “being at the bedside and the true connections formed with patients during a challenging and vulnerable time in their lives.” She credits her experience working with hematology/oncology patients as a key factor in preparing her for medical disaster deployments, noting, “My cancer patients give me a greater understanding in how to support individuals facing some of the most traumatic and life-altering experiences of their lives.”

Hoiland’s passion as a disaster response nurse is evident in the reverence and emotion with which she speaks about it, as is her gratitude to be able to give back in this way: “I consider it a privilege to serve patients and meet health care needs around the world.” She is also grateful to MCW as well as her leaders and colleagues in the Division of Hematology and Oncology for their ongoing support and willingness to accommodate her scheduling needs around deployments, often on short notice.

When asked whether she plans to continue to participate in volunteer deployments in the future, Hoiland doesn’t miss a beat. “Definitely,” she immediately responds. “I feel it a calling to serve in crisis areas and help the most vulnerable.” For now, she remains ready to rise to the challenge whenever that next call comes through.