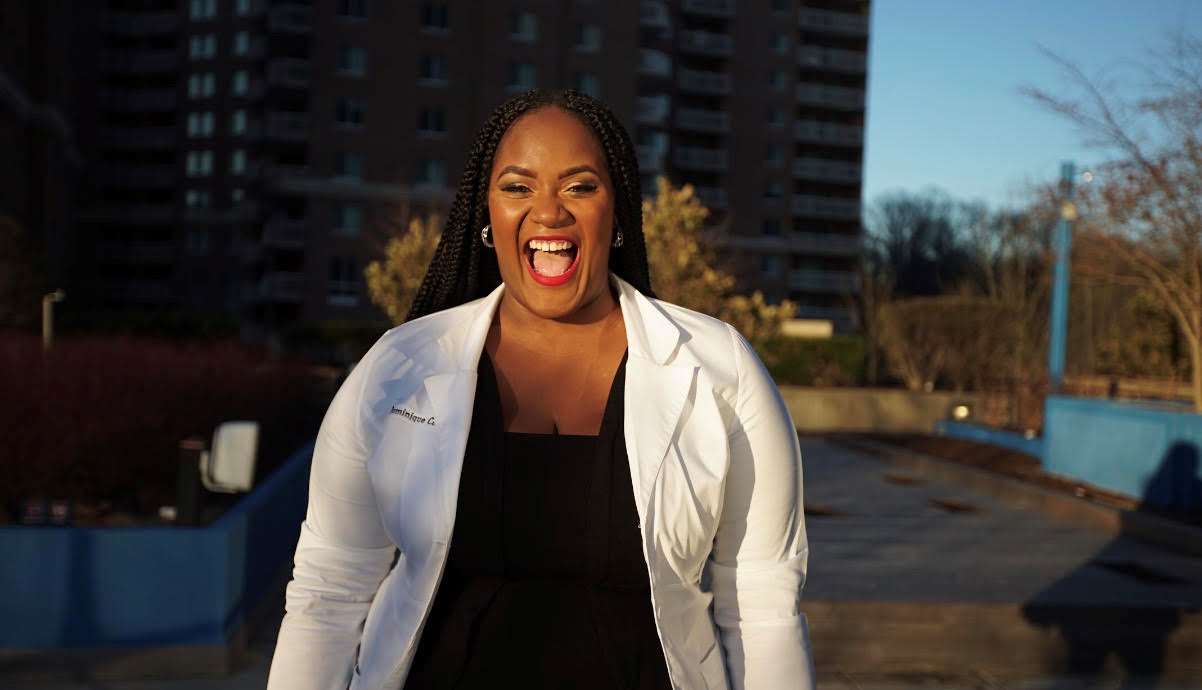 Alumni from the Medical College of Wisconsin (MCW) Graduate School of Biomedical Sciences advance health through work in many settings and sectors, including laboratories, classrooms, clinics, industry and government. Dominique Carter, PhD ’16, began her career in industry before entering government service through a competitive fellowship program.

“I became very serious about science policy and emerging technologies in my final year of graduate school,” says Dr. Carter. “To compete for the American Association for the Advancement of Science (AAAS) Science and Technology Policy Fellowship, however, I needed to be able to prove the depth of my interests beyond the laboratory.”

Dr. Carter, who was admitted to MCW through the Interdisciplinary Doctoral Program in Biomedical Sciences, garnered the inaugural Friends of MCW Under-Represented Minority Student Merit Award in 2015 and used it to broaden her experience and complement her bench science training. This included attending the annual Public Policy Institute for Rising Leaders workshop hosted by the American Institute for Medical and Biomedical Engineering.

The Friends of MCW is an organization of volunteers from MCW, affiliated institutions and the community. The Friends' activities support the charitable, educational, scientific and community service activities of MCW and its affiliates. Since its inception 50 years ago, the Friends have contributed just over $1 million to MCW for student scholarships, service awards, travel awards and more.

“The Friends of MCW award was really pivotal and helped me build the necessary expertise and network in the science policy community,” says Dr. Carter. “It was my first introduction to science policy and a tremendous opportunity.” She also used the award to attend the annual Women of Color in Science, Technology, Engineering and Math Conference (STEM) in Detroit, where she made important professional connections in government and industry. 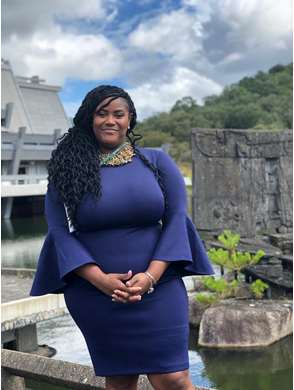 Following her graduation in 2016, Dr. Carter conducted a postdoctoral fellowship in medical affairs at Exact Sciences, a biotechnology company in Madison, Wisconsin, and prepared her applications to national science policy fellowship programs. She was selected to be a 2017-2019 AAAS Science and Technology Policy Fellow and moved to Washington, DC, where she was placed at the National Science Foundation (NSF) Office of the Director in the Office of International Science and Engineering (OISE).

“Based on my technical background and experience in a lab supported by the National Institutes of Health and several interviews with the Institutes, I was surprised by my placement,” notes Dr. Carter. “It has truly been a blessing in disguise.” She credits her supervisor, deputy office head Samuel Howerton, PhD, for being an incredible mentor and helping her define and make the most of her fellowship.

“I worked as a science diplomat helping identify synergies between the NSF and foreign counterparts to foster international science cooperation,” says Dr. Carter. “Recently, for example, I helped prepare for the visit of a delegation from Nigeria. The following week, the chief science advisor from New Zealand arrived.” She conducted extensive research to prepare for such meetings, including investigating bibliometric data about a country’s academic publishing record to identify strengths and priorities.

“A major priority for me was to ascertain what countries are active in research topic areas related to NSF’s 10 Big Ideas focused on emerging areas of research,” explains Dr. Carter. These Big Ideas include topics such as “Future of Work at the Human-Technology Frontier” and “Quantum Leap,” the latter of which is a focus on better understanding quantum mechanics and quantum computing. Each Big Idea is slated to receive a $30 million investment in 2019.

“As science and engineering research becomes increasingly international and interdependent, we are amid a major paradigm shift from a primarily Western-dominated scientific economy to a multipolar science ecosystem,” notes Dr. Carter. While the US continues to invest more resources in research and development than any other single country, China and the European Union also are major funders of science. Japan, Germany and South Korea have large economies and invest at a higher rate than the US based on Gross Domestic Product.

As science funding continues to be driven by global investment, research has shown that scholarship trends have also emphasized international collaboration. Simon Marginson, PhD, professor of higher education at the University of Oxford in England, found in 2016 that the majority of all scholarly articles in Europe included international co-authors, and also that Chinese and American scientists co-authored more than 40,000 published manuscripts that year.

In her efforts to help the US pursue promising new international science partnerships as science systems evolve, Dr. Carter focused on catalyzing global partnerships in science and innovation in Europe and Africa. She worked to define the science and technology landscape of emerging economies, specifically examining the available resources and infrastructure in countries to identify potential new areas of science collaboration and countries ripe for international partnership.

Dr. Carter also coordinated interagency strategy meetings between NSF and the US Agency for International Development to develop a new agreement regarding how the agencies work together to promote international research collaboration. In addition, Dr. Carter organized and moderated a plenary session for the 2018 AAAS Science Diplomacy conference where experts discussed how diplomacy should be used to foster a more globally inclusive scientific landscape.

In recognition of her contributions in science policy and diplomacy, OISE Director Rebecca Keiser, PhD, nominated Dr. Carter for the Future Leaders Program of the 15th Annual Science and Technology in Society Forum held in Kyoto, Japan, in October 2018. Dr. Carter was selected among other outstanding leaders to attend the meeting and join the Future Leaders Network.

In September 2019, she completed her NSF fellowship and joined the US Department of Agriculture Office of the Chief Scientist as an agricultural systems and technology science advisor. Dr. Carter aspires to continue progressing in a career focused on international science cooperation. She also intends to expand on her interest in entrepreneurship and emerging technology, as well as her passion for broadening participation in STEM, particularly among young African-American men.

“This fellowship has been a truly life-changing opportunity,” says Dr. Carter. “I am excited to use all of my training and experience thus far to impact science globally.”