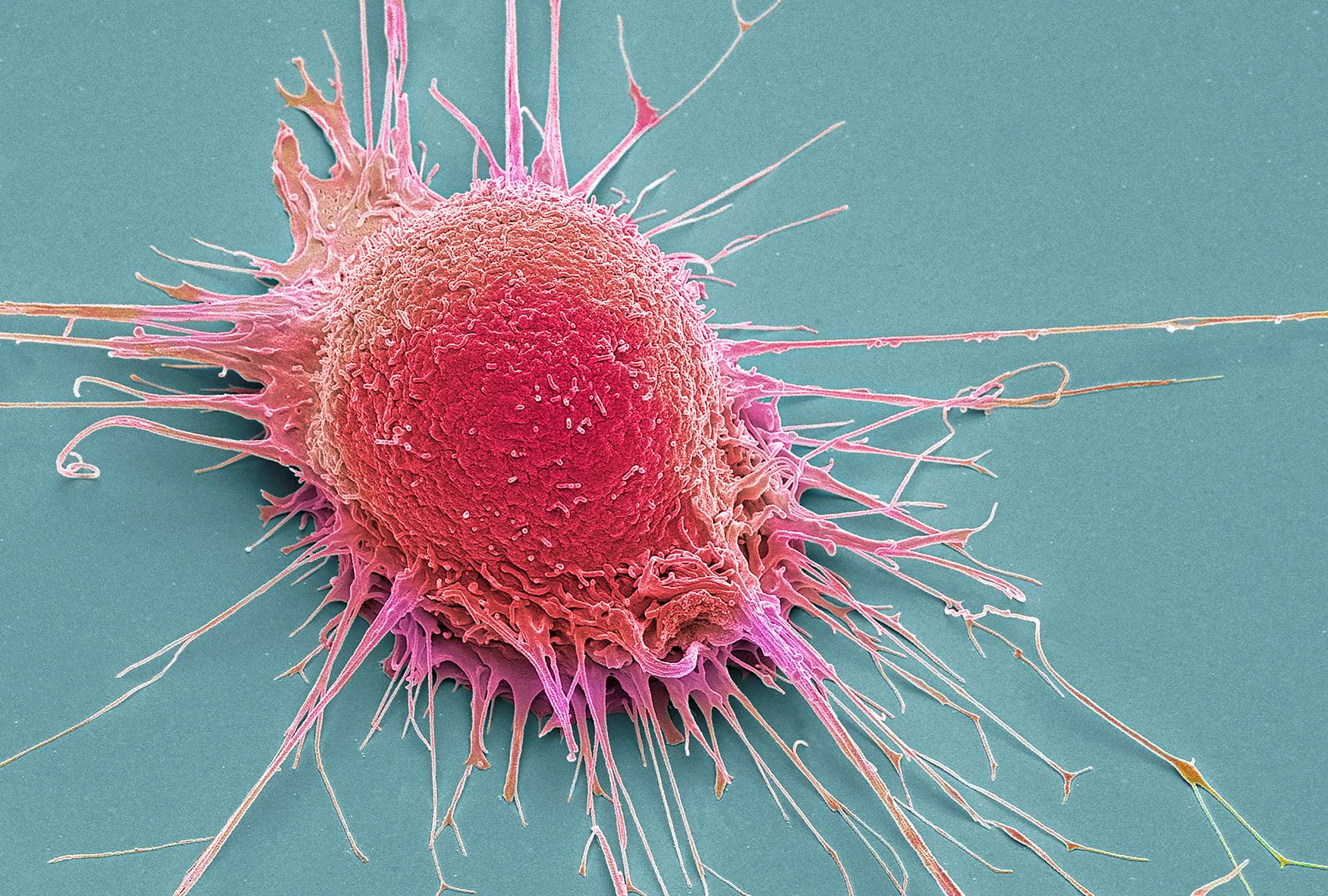 A prostate cancer cell as seen through a scanning electron micrograph with a magnification of approximately 3,000x.

Prostate cancer, as one of the most common forms of cancer, affects approximately one of every nine men in the US. While surgical and radiation treatments are very effective if the cancer has not spread beyond the prostate, approximately 25,000 men in the US are diagnosed with biochemical recurrence each year. This diagnosis means that the cancer is returning; however, it grows at very different rates in each patient, so progression monitoring and treatment must be highly individualized. Scientists at MCW identified that treatment of biochemical recurrence of prostate cancer has significant room for improvement. In 2021, the MCW Cancer Center and the MCW Prostate Cancer Center of Excellence launched a new clinical trial to test a potential treatment for this condition. 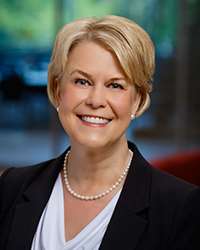 “This trial is the result of many years of collaboration between my lab and Dr. Deepak Kilari,” says Marja T. Nevalainen, MD, PhD, (pictured right), MCW Eminent Scholar, professor of pathology, pharmacology and toxicology and director of the Prostate Cancer Center of Excellence.

“We met at a national meeting before Dr. Nevalainen joined MCW,” adds Dr. Kilari, MCW associate professor of medicine (hematology and oncology). “When I learned she was bringing her lab here, I was very excited because she was a fellow physician-scientist and a proven innovator with research interests aligning with mine.”

Drs. Nevalainen and Kilari began working together in 2016 to continue advancing basic science and preclinical cancer research from Dr. Nevalainen’s lab, including noteworthy findings regarding a series of interacting proteins that significantly influence the growth and spread of prostate cancer. Her team discovered that Jak2, a specific type of enzyme known as a kinase, is primarily responsible for activating the Stat5 protein, a transcription factor which reads DNA in order to create RNA strands that serve as the basis for making new proteins. When activated, Stat5 moves into a cell’s nucleus, where it binds to DNA and increases expression of genes that influence cellular growth, division and death.

Cancerous cells expand and multiply into tumors by eschewing the normal checks and balances that govern the natural growth rate and lifecycle of healthy cells. Dr. Nevalainen and her team have demonstrated that an abnormally high activity of Stat5 accelerates both growth and the metastatic progression of prostate cancers and can be used to predict patients who will have a poor response to surgical removal of the prostate gland (known as radical prostatectomy).

“We’ve taken these findings into preclinical studies to also show that blocking Stat5 and Jak2 activity kills prostate cancer cells, suppresses tumor growth and reduces metastasis,” says Dr. Nevalainen. To block the activity of these proteins, the scientists used drugs known as inhibitors. These medicines carry molecules designed to disrupt the communication between Jak2 and Stat5 by binding to – and thus blocking – Jak2 to prevent activation of Stat5.

“About five or six years ago, there was a wave of new Jak2 inhibitor drugs in development by the pharmaceutical industry that are safer and more effective in patients. Armed with Dr. Nevalainen’s promising preclinical data, we’re focused on bringing these drugs to clinical trials to test their efficacy in biochemical recurrence of prostate cancer,” says Dr. Kilari. Drs. Kilari and Nevalainen were coauthors on a scholarly review of these second-generation Jak2 inhibitor drugs published in October 2021 in the journal Cancers. Pacritinib, one of the drugs discussed in their article, is the investigational drug they are studying in their new clinical trial. 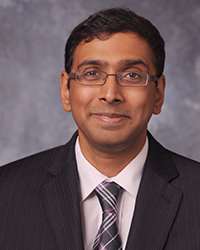 “The drug, which is made by a small pharmaceutical firm named CTIBioPharma, already has successfully completed phase I and II clinical trials in patients suffering from myeloproliferative neoplasms, a form of blood cancer,” notes Dr. Kilari (pictured right). “We brought Dr. Nevalainen’s data to them, and they agreed to support our trial in prostate cancer.”

The trial opened in June 2021 with the enrollment of its first patient after completing many regulatory and logistical steps, including approval by the MCW Institutional Review Board and the FDA. Drs. Nevalainen and Kilari credit the MCW Cancer Center and the center’s Clinical Trials Office for their support in getting the trial approved, implemented and available to eligible community members. The physician-scientists intend to recruit more than 40 patients by June 2025. After reaching their first 10 participants, they will look at the preliminary data to determine if they should proceed with the full trial.

All participants in the study will be treated with pacritinib, and prostate-specific antigen (PSA) will be monitored using blood tests. Physicians track the levels of PSA circulating in a patient’s blood to determine the effect of pacritinib on prostate cancer growth. The study team’s main objective is to learn if pacritinib can inhibit prostate cancer growth and thereby decrease PSA levels.

“Ultimately, by studying the efficacy of inhibiting Jak2 and Stat5 with pacritinib, we’re evaluating a potential alternative to the current standard of care for advanced prostate cancer, which is androgen deprivation therapy,” mentions Dr. Nevalainen. Androgens are male hormones, with testosterone being the most notable example. Drugs that reduce the levels of testosterone and other male hormones can shrink prostate cancers or slow down their growth for a time but are associated with a multitude of adverse events, including reduced sexual desire, impotence, muscle loss, bone fragility and fatigue.

“Pacritinib and the other second generation Jak2 inhibitors do not target testosterone but rather the receptor for testosterone, so we hypothesize that they will be more effective, while also causing fewer side effects that negatively influence quality of life,” notes Dr. Kilari.

“We’re committed to finding and testing innovative ways to better treat this incredibly common disease and deliver improved outcomes for our patients and their families,” says Dr. Nevalainen.

MACC Fund: The Power of Collaboration

The MACC Fund, Children’s Wisconsin, MCW and the community are a united force in the fight against childhood cancers.