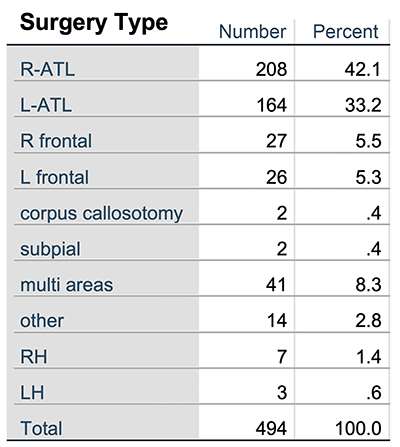 Neuropsychology plays a vital role in the diagnostic assessment of epilepsy surgery candidates (Jones-Gotman et al., 2010). Studies on the neuropsychology of epilepsy have advanced our knowledge of brain behavior relationships through examination of the effects of seizures, AEDs, and surgical intervention on higher cognitive functioning. Neuropsychological research at MCW over the past 25 years, led by Dr. Sara Swanson, has examined cognitive correlates of epilepsy as well as cognitive, psychological and quality of life outcomes after epilepsy surgery. The neuropsychology group manages a clinical repository/databank that includes over 850 adult patients, approximately 500 of whom have undergone resective surgery (see Table). Our main focus has been on optimizing multivariate models for predicting naming and verbal memory outcomes after left anterior temporal lobe (ATL) resection. More recently, data are being entered that will allow us to examine outcome following new types of device implantations and surgical interventions such as laser interstitial thermal therapy, hippocampal transection, DBS and RNS.

The neuropsychology REDCap database includes demographic, psychosocial, seizure, medical, EEG, MEG, neuroimaging, Wada test, surgery, device implantation, and neuropsychological variables collected prior to and following surgical intervention for epilepsy. Studies from our group have examined cognitive tests as predictors of side of seizure focus. We demonstrated that object naming and a selective reminding list learning test predict side of seizure focus (Umfleet et al., 2015), with lower scores on these measures found in patients with left temporal lobe epilepsy. Our studies have examined cognitive phenotypes in epilepsy (Elverman et al., 2019), highlighting the heterogeneity of cognitive profiles in epilepsy and replicating previous important work on this topic (Hermann et al., 2007) (Figure 7). 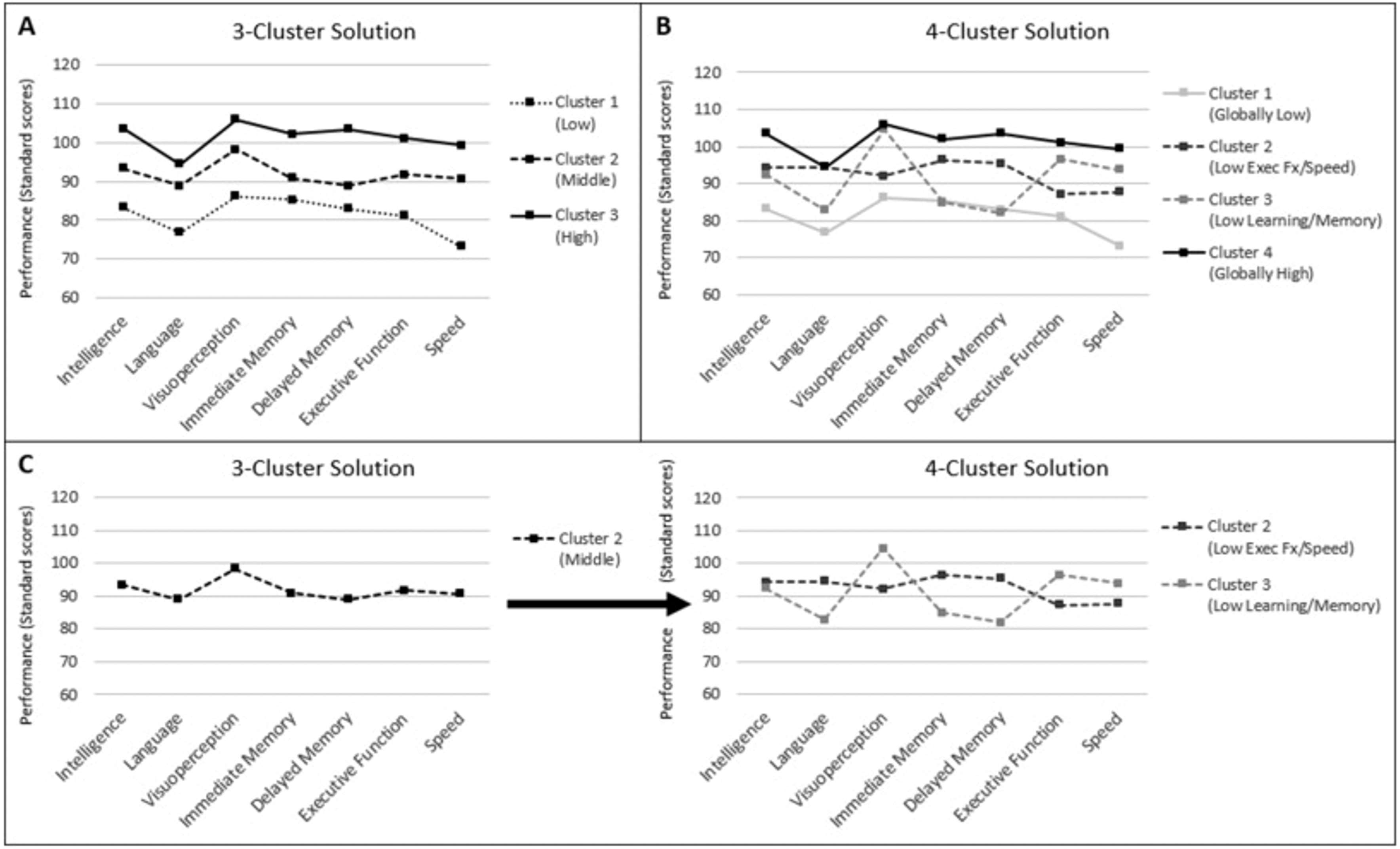 This database has provided the foundation for studies examining our ability to predict cognitive morbidity following epilepsy surgery using fMRI language lateralization, as described above. In addition, we have examined Wada testing and cognitive predictors of outcome. We demonstrated that memory and seizure outcome are worse after left ATL in patients whose Wada testing showed better memory ipsilateral to the seizure focus compared to patients who had better memory during Wada testing in the hemisphere contralateral to the seizure focus (Sabsevitz et al., 2001). However, more recent data from our group indicates that, similar to fMRI (Binder et al, 2008), Wada language lateralization is a better predictor of memory outcome than Wada memory testing (Quasney et al., 2018). Baseline memory performance and Wada language LI were consistent predictors of verbal memory decline following L-ATL. Wada memory asymmetry scores did not add to the prediction of post-operative memory decline, even among patients with left language dominance. Studies from our group show that structural imaging is also a predictor of memory decline (Figure 8). When patients with and without mesial temporal lobe sclerosis (MTS) who underwent a left ATL were compared, there were significant between-group differences in pre-operative memory scores as well as post-operative memory declines. Patients who have MTS show significantly lower verbal memory scores (p < .001) prior to surgery, and those without MTS show significantly greater declines in verbal memory (Havlik et al., 2020). 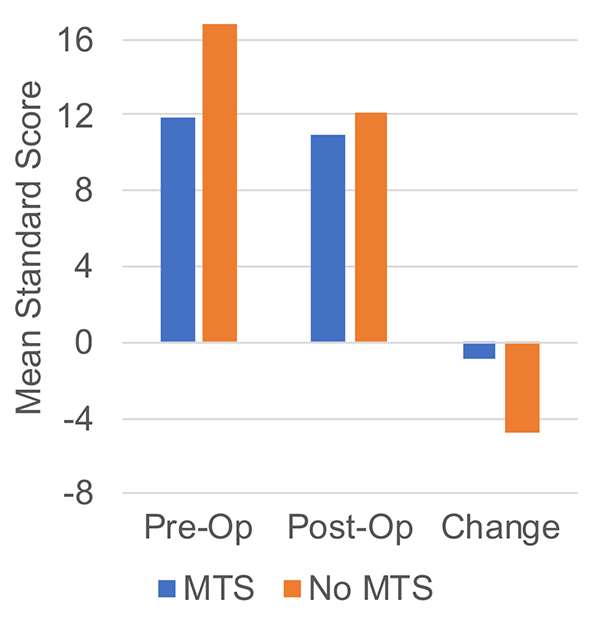 Figure 8. Story memory change after left ATL surgery depends on the presence or absence of mesial temporal sclerosis on MRI.

In addition to memory outcome, we have examined factors that predict declines in naming after temporal lobe epilepsy surgery. We found that those with later onset seizures have greater risk for naming decline and that object names acquired later in life are more likely to be lost following left ATL (Ruff et al., 2007). In individuals with bilateral language on Wada testing, those who underwent a left ATL declined more than those with bilateral language who underwent a right ATL. To better understand this finding, we examined the patient scores on various measures (naming, repetition, reading, comprehension) during Wada testing of each hemisphere. This finding of greater decline after left ATL than right ATL in patients with bilateral language was accounted for by the right ATL patients having better naming abilities in the nonsurgical hemisphere (Janecek et al., 2013c). In addition to visual object naming, we have studied auditory description naming, as this task is particularly sensitive to anterior temporal pathology. Data from the FATES study showed that decrements in auditory description naming were greater for proper living nouns (e.g., famous individuals) than for common living or nonliving and proper nonliving nouns (Swanson et al., 2020) (Figure 9). This study supported the notion that the left ATL is specialized not only for retrieval of unique entity concepts, but also plays a role in processing social concepts and person-specific features. 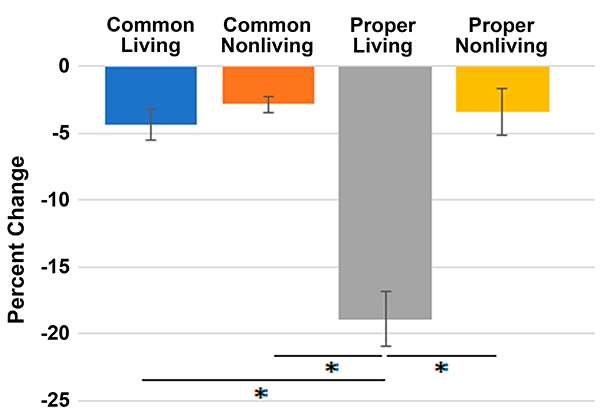 In addition to studies of cognitive decline, we study psychological and quality of life (QOL) outcomes after ATL. We examined mood and personality changes in 246 left language dominant patients who were evaluated before and after either left or right ATL. There were no differences between the left and right ATL patients prior to surgery, and personality and mood scores were relatively stable from pre to post surgery. The group overall showed lower scores for depression and somatization following surgery (Murphy et al., 2020). Variables associated with higher QOL scores after surgery include better pre-operative QOL, better seizure control, and less depression. Cognitive change scores were correlated with QOL after ATL but did not contribute significantly to the predictive model after pre-operative QOL, depression, and seizure control variables were entered. We also found that mood and perception of cognitive functioning after surgery were more highly correlated than actual cognitive change after ATL. However, when the sample was divided into those who experienced objective naming decline and those who did not, the patients who declined rated their cognitive quality of life as significantly lower than those who had not declined (Ibarra et al., 2021).