Designing the Next Generation of Gene Therapy Treatments

The Ocular Gene Therapy Laboratory (OGTL) founded by Daniel M. Lipinski, DPhil, is dedicated to the development of novel therapies to prevent human blindness. Occupying over 1,000 square feet of research space within the Medical College of Wisconsin Eye Institute, OGTL provides the expertise and infrastructure to design the next generation of gene therapy treatments aimed at preventing retinal cell death or dysfunction.
View Our Publications 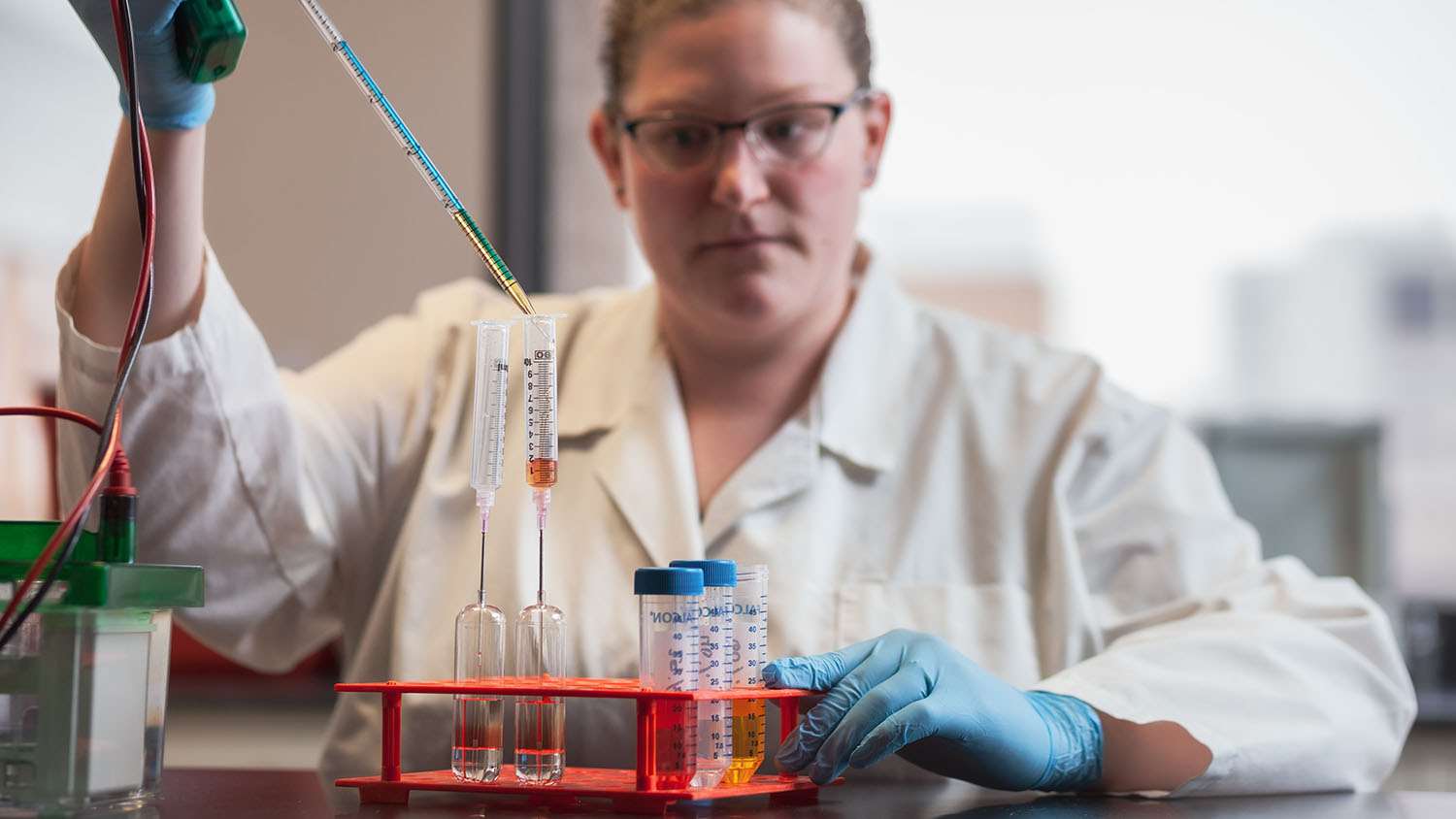 Learn about the research being conducted in OGTL

all
Identification of novel gene-based therapeutics that prevent cone photoreceptor cell death in retinitis pigmentosa
Retinitis pigmentosa (RP) is a genetically and phenotypically heterogeneous disease that causes severe visual impairment in approximately 1 in 4,000 individuals worldwide. RP is most commonly characterized by the loss of cone photoreceptors secondary to advanced rod degeneration (rod-cone dystrophy), resulting in the decline of central visual acuity, colour discrimination and depth perception. The slowly progressing nature of RP makes it an attractive candidate for gene therapy; however, the genetic aetiology underlying photoreceptor degeneration remains unknown in approximately 50% of autosomal dominant and 30% of autosomal recessive cases, effectively prohibiting the development of monogenic gene replacement therapies for all but the most common alleles. Furthermore, the mechanism by which genetically normal cone photoreceptors degenerate in RP arising from rod-specific gene defects remains incompletely understood. The OGTL is working on developing methods to prevent cone photoreceptor loss, irrespective of the reasons underlying their degeneration. In doing so, we aim to develop gene-independent therapies that can prevent vision loss in any of the approximately 80,000 RP patients in the United States.
Development of methodologies to mediate effective vascular and choroidal gene delivery
Dysfunction of the retinal and choroidal vasculature underlies development of the most common sight-threatening diseases worldwide: diabetic retinopathy and age-related macular degeneration. The inability to deliver genetic material to cells of the vasculature effectively prohibits the development of long-term gene therapy treatments for these diseases. Working with interventional radiologists, the OGTL is working on ways to safely and effectively target gene delivery directly to vascular endothelial cells using adeno-associated virus (AAV) vectors. Success of this research has the potential to facilitate treatment of the over 1 million individuals with Type I Diabetes Mellitus, the majority of whom will develop severe sight-threatening complications within two to three decades of being diagnosed.
Engineering adeno-associated virus (AAV) vectors to improve retinal gene delivery to photoreceptors
Being able to effectively introduce new genetic material to photoreceptors following injection of vector into the vitreous is an attractive option for many gene therapy applications as it negates the need to detach the fragile neurosensory retina in patients with degenerative disease. OGTL is working to develop new capsid mutant AAV vectors that are able to effectively penetrate the full thickness of neurosensory retina following intravitreal injection.
Design of virus vectors with increased coding capacity to facilitate delivery of large genes to photoreceptors.
Several retinal diseases are caused by mutations in genes that are too large to be efficiently packaged into AAV vectors, which have a coding capacity limit of approximately 5100bp. OGTL is presently working to engineer novel virus vectors that have increased coding capacity compared to AAV that can be used to mediate transfer of large genes to the photoreceptors. The successful development of vectors with increased coding capacity would pave the way for treatments of several common inherited retinal diseases, including Stargardt’s disease (ABCA4) and Usher’s syndrome (e.g. MYO7A, CDH23, PCDH15).