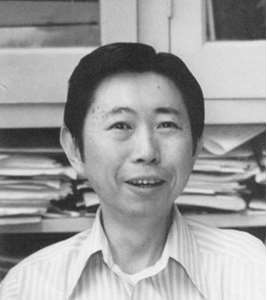 Charles Fumito Taketa, fondly known as ‘Charlie’ by his friends and colleagues, was born March 10, 1926 in Kauai, Hawaii, and received his PhD in Biochemistry from the University of Wisconsin-Madison in 1957. In 1958, he joined the faculty of Marquette University School of Medicine in Milwaukee, which subsequently became the Medical College of Wisconsin (MCW). He progressed steadily through the faculty ranks at MCW, becoming a full professor of biochemistry in 1973. He served ably as acting chair of the Biochemistry Department (1980-82) and Vice Chair until his death in 1990.

The major focus of his research was examining the biochemical basis of hemoglobin function, while his later studies focused on the cytotoxicity of organotin compounds. He was a long-time recipient of research support from the National Institutes of Health, the Wisconsin Heart Foundation, the American Cancer Society, and the Midwest Children’s Cancer Center. Among his many honors were an appointment as a Fogarty Scholar at Kings College, London (1975-76) and MCW’s Distinguished Service Award (1987).

Charlie is sorely missed by his friends and colleagues. Shortly after he passed away in 1990, his family and friends established the Charles Fumito Taketa Memorial Fund at MCW, which sponsors the Taketa Memorial Lecture for promoting excellence in graduate education in the field of Biochemistry. Distinguished scientists in this field are invited to discuss highlights of their work.

May 2007
Natalie G. Ahn, PhD
University of Colorado at Boulder

May 2006
Jack Dixon, PhD
University of California at San Diego