My Path to MCW

Our international students in the IDP at MCW come from all over the world. Each one has a unique story and a reason as to why they chose MCW. Read more about some of our international graduate students below and hear their My Path to MCW story. 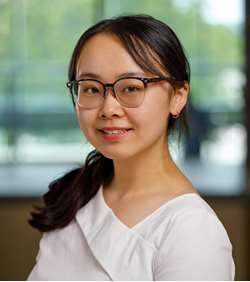 My road to MCW is serendipitous. At the beginning of my education journey, I dropped out of high school and moved across the ocean to pursue college education in Western MA – thousands of miles away from home. My interests have started to blossom since! For most of my college years, I was a full-blown film major. Later, I fell in love with biology and added it as my second major.

I’d always dreamt of going to film school after graduation, but part of me (and of course, my traditional Chinese parents) can’t help but think that maybe I should at least try the science route. My father, a physician-scientist, suggested an internship. Getting internships stateside certainly was not easy as an international student! I was researching options everywhere and was dismayed to find that it was probably not going to happen. Then, I remembered my father talking about some collaborations his lab was doing with some researchers at MCW, a school which was at the time obscure to me, an East Coast person. However, I investigated further anyway. I cold-emailed a professor stating my situation and my desire to secure a research internship, emboldened by my father’s remote connections to the institution. I was shocked to receive his cordial reply just a few days later. I was even more surprised when he later offered to pay out of his own grants to fund my internship with the SPUR program, which did not accept international students back then.

And so, during the summer before my Junior year, I completed an internship right here! I was deeply impressed by the ultra-collaborative environment, the impactful research, and above all, the extraordinary kindness everyone had shown me along the way. Asking for input and expertise from even the people I’ve never met is never out of the norm, and the Midwestern hospitality is accurate! When Senior year rolled around, I applied to come back as a graduate student without skipping a beat. Now in retrospect, that professor’s act of kindness kickstarted my career in science. Now, three full years later, I feel beyond lucky to be a part of the MCW family and am forever grateful for that professor’s profound graciousness, the research community’s great collegiality, and the wholesome acceptance MCW extends to everyone. 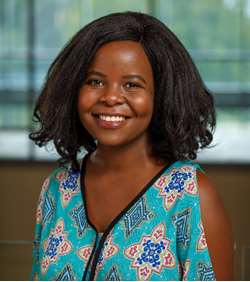 My Path to MCW started from my need to save time and pursue higher education as soon as I could. As high school students in Zimbabwe, we were required to do A' levels before entering university, a foreign concept to American education but very relatable to international students. I decided to skip that part and head straight to undergrad in Texas. One of my memorable culture shocks to that transition was the experience of humidity, only having learned about this weather condition in books, I had a difficult time breathing when exposed to it in real life. I started as a premed student on the path to becoming a pathologist; but realizing that my passion was mostly in research, I quickly shifted my mindset. Upon finishing my undergraduate, I rested for a year somewhere in the corners of Oklahoma, where I enjoyed teaching science to elementary kids. Their inquisitive minds and excitement towards simple experiments made me miss the experimental environment and refocus. I decided to enroll in a thesis-driven master's program, which led me to Michigan, yet another weather shock. I liked Michigan's beautiful fall leaves, walks during calm snowy nights, and the best lighting for photos with snow as the background. However, all that beauty came with a very cold environment, something I was not ready for. Michigan and I were in a love-hate relationship; I was over it and ready to explore other parts of the USA. I heard of MCW from the virtual graduate school recruiting event, after which, I applied and got an interview without knowing where this school was located on the map. To my surprise, MCW was directly on the other side of the lake from my master's school, so much for escaping the cold. I love my current situation here at MCW, where I am pursuing what I love in a lab with the most amazing company that has the kindest hearts. It feels like home. 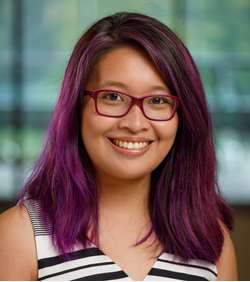 My path to MCW was unexpected. After living in the Midwest for most of my time here in the States, I had thought that I would like to move to a much warmer place. I migrated from Papua New Guinea to Michigan in the heart of the winter to do my undergraduate studies with the intention of going to the medical school. However, during my senior year, I realized that medical school wasn’t for me—I wasn’t a big fan of anatomy among other things. I’ve always had a strong interest in science, specifically microbiology. So, I decided to change my career trajectory by a couple degrees and get into biomedical research. Since I didn’t have much research experience, I decided to pursue a master’s degree with strong focus on research thesis and landed in a cancer lab focusing on developing anti-cancer drugs against glioblastoma. After completion of my master’s degree, I wanted to gain some experience in clinical microbiology lab, so I accept a job offer at the South Bend Medical Foundation and worked as a technician trainee in the microbiology lab. A year later, I was offered a place in the IDP program at MCW. I’m glad I came to MCW despite the cold because I found a group of supportive peers, joined a lab that truly cares for my wellbeing (no exaggeration), and I am now working on a fascinating project focusing on vascular remodeling in pulmonary hypertension. 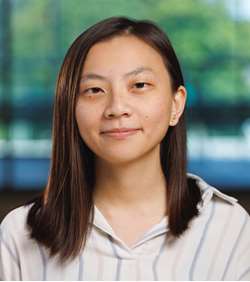 The path that led me to the Medical College of Wisconsin (MCW) began when I was an exchange student in a Christian high school in Wausau, Wisconsin. My education there led me to expand my knowledge at Wisconsin Lutheran College, located right next to MCW where I entered the pre-med track. However, during the summer of my sophomore year, I had an internship in Academia Sinica, Taiwan, this pivotal experience altering my proposed academic path. During my internship, I worked in a neuroscience research lab, this experience sparking my interest in working in a research environment. After the summer was complete, I left my pre-med track and changed my path to begin pursuing my passion for research and a career as a research scientist. My college advisor graduated from MCW and highly recommended the graduate program, as the College offers many diverse opportunities that well suited my growing interests. I was accepted on my birthday in March of 2018, however, due to an unforeseen family emergency, I had to defer a year of graduate school. During this gap year, I worked at the National Taiwan University Hospital as a research assistant in a stem cell lab in effort to stay connected to my research work and expand my knowledge and skills. After this year ended, I returned to MCW in the fall of 2019 and began my graduate school education, joining Dr. Joseph Carroll lab and my study focus on non-invasive retinal imaging and stem cell transplantation.