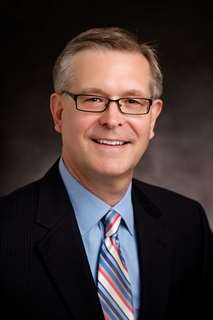 John R. Raymond, Sr., MD, the Medical College of Wisconsin’s (MCW) President and CEO, assumed the position as MCW’s sixth President on July 1, 2010. He was previously Vice President for Academic Affairs and Provost at the Medical University of South Carolina (MUSC).

As MCW’s President and CEO, Dr. Raymond leads Wisconsin’s only private medical school with an operating budget of approximately $1.2 billion. More than one out of every three Wisconsin physicians is an alumnus of MCW. With approximately 5,800 faculty and staff members, MCW is the seventh largest private employer in Metro Milwaukee.

Under Dr. Raymond’s leadership, MCW is addressing Wisconsin’s pending physician shortage through the establishment of regional medical school campuses, and trains the pharmacists of the future with the MCW School of Pharmacy. The Medical College of Wisconsin-Green Bay matriculated its first class of students in July 2015, and MCW-Central Wisconsin followed suit in July 2016. MCW’s inaugural pharmacy class matriculated in August 2017.

A practicing nephrologist who plays active roles in clinical care, teaching and faculty mentorship, Dr. Raymond also is a medical researcher studying the basic mechanisms of kidney cell function. He has published more than 140 full-length manuscripts and earned nearly $40 million of grant funding over the course of his career. Dr. Raymond joined the MUSC faculty in 1996 as the Dialysis Clinics Incorporated Professor of Medicine. He served as Associate Chief of Staff for Research at the Ralph H. Johnson VA Medical Center in Charleston, SC, from 1998 to 2002. Dr. Raymond was MUSC’s Associate Provost for Research from 2001-2006, and Vice President for Academic Affairs and Provost from 2002-2010. He is a peer-designated Best Doctor®, and an NIH-funded scientist.

He received his undergraduate and medical degrees with honors from the Ohio State University, and performed his internship, residency, chief residency and nephrology fellowship training at Duke University Medical Center. After completing his training, he joined Duke’s faculty where he rose through the ranks to attain tenure.

Dr. Raymond has served on the editorial boards of the American Journal of Physiology – Renal Physiology, the Journal of Biological Chemistry and Assay Drug Development Technology. He was selected for membership in the Association of American Physicians, the American Clinical and Climatological Association and the American Society for Clinical Investigation. Among Dr. Raymond’s many honors are awards for excellence in leadership, research, mentorship, service, diversity, teaching and clinical care.