Cognitive neuroscience focuses on understanding human brain systems underlying higher cognitive processes such as language, reasoning, decision-making, social behavior, and memory. Breakdown of these functions is a central feature of normal aging and of many common neurological conditions, including stroke, Alzheimer’s disease, epilepsy, traumatic brain injury, and Parkinson’s disease. The resulting cognitive impairments, which can include loss of language abilities, impaired memory, impaired concentration and problem solving, impaired judgment, and many other specific processing disorders, are often devastating to patients and caregivers, and are the main cause of disability in these conditions. Cognitive neuroscience attempts to understand these processes, how they break down in pathological states, and how they can be restored using pharmacological, behavioral, and physiological methods. As demonstrated by recent funding of the NIH BRAIN Initiative, the Human Connectome Project, and multiple large disease-related brain connectome projects (including the Epilepsy Connectome Project and the Alzheimer Disease Connectome Project, both headed by MCW PIs), there are large gaps in our understanding of cognitive brain processes, many of which arise from activity in large, complex neural networks, and a great need to fill these gaps. Understanding the architectural organization of these networks and the specific roles played by the hundreds of distinct information processing nodes so far identified in the human brain is a major goal of neuroscience. 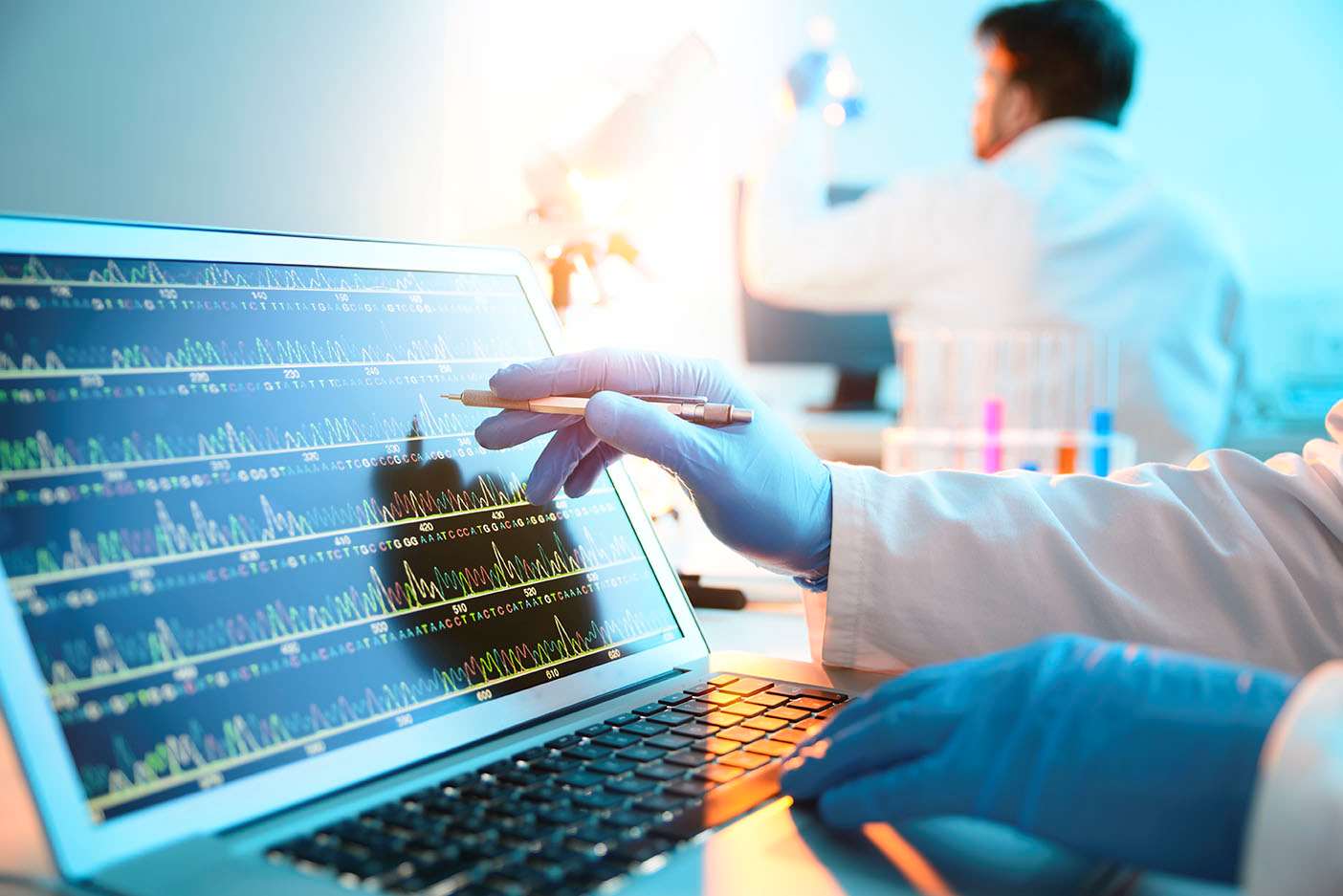 Our overall goal is to improve the health of Wisconsin citizens by enhancing research on the diagnosis and treatment of cognitive disorders. The Cognitive Neuroscience Research Program (CNRP) brings together researchers and clinical providers at MCW working on diagnosis and treatment of these conditions, providing powerful state-of-the-art tools and infrastructure support for enabling coordinated research projects.

Aim 1. Provide core support for clinical and basic researchers at MCW in the field of cognitive neuroscience. This infrastructure includes expertise and personnel for computational analysis of imaging (MRI and MEG) and electrophysiological (MEG and EEG) data, management of clinical research databanks, and administrative support.

Aim 3. Assist the We Energies Center for Aphasia Research (WE-CARE) in conducting cutting-edge research on communication disorders and novel treatment protocols for aphasia. The aphasia research program is a natural extension of longstanding NIH-supported Neurology Department research in language neuroscience. CARE leverages this expertise in neuroimaging, neuropsychology, noninvasive stimulation, and other investigative approaches to develop novel therapies for aphasia, with the aim of creating a new Midwest regional referral center for aphasia research, evaluation, and treatment.

Aim 4. Administer a competitive pilot grant program to support MRI and MEG imaging studies in cognitive neuroscience. Up to 3 projects will be funded per year, and approximately 10-12 over the span of the current AHW award. These grants will enable scientists to acquire pilot data in preparation for larger extramural grant applications.

all
Effects of tDCS on Language Recovery after Stroke

Abstract
Speech therapy treatments for post-stroke aphasia are of limited effectiveness, and patients are often left with residual deficits. There is a need for new inventions that have the potential to improve treatment outcomes. One such new approach is transcranial direct current stimulation (tDCS), a non-invasive brain stimulation method that uses a weak electrical current to modulate neuronal resting membrane potentials. Despite promising clinical trial results, it remains unclear how tDCS affects different language processes during recovery. The objectives of this study are to (1) study the behavioral effects of tDCS on language processes during recovery after stroke, and (2) examine how tDCS affects neural connectivity using resting-state fmri (rs- fMRI). Patients identified as having a phonologic (word-sound) impairment but intact semantics (word- meaning) will receive high-density array anodal or sham tDCS concurrent with either standard speech therapy or semantic feature analysis (SFA), a targeted speech therapy intervention aimed at recruiting the undamaged semantic system. Patients will be randomly assigned to receive standard speech therapy or SFA, and will receive either anodal- or sham-tDCS for 10 sessions (Treatment A) before crossing-over to receive a second 10 sessions (Treatment B) with whatever tDCS invention they did not receive initially. Patients and therapists will be blind to tDCS status. We propose to stimulate the left angular gyrus (AG), an area implicated in several language processes including semantic access. Patients will complete a language assessment plus rs-fMRI to at 3 time-points (pre-therapy, post-Treatment A, post-Treatment B). We have previously shown that BOLD activation in this region is associated specifically with successful responses during word reading in chronic aphasia patients with phonologic retrieval deficits but intact semantics. We hypothesize that the left AG has the potential to 'boost' phonological retrieval through activation of associated semantic information.

Verb Representation in the Human Brain

Abstract
Verbs play a fundamental role in the interface of semantics and syntax, and there is evidence that they may be particularly vulnerable to disruption in both developmental and acquired language disorders due to their semantic complexity. Verb meanings are bipartite in structure, with each verb defined by both idiosyncratic semantic content and a structural component shared across verbs of a specific class. However, the nature of their conceptual representation and its neural instantiation remain little understood. There is now significant evidence that concepts are learned through a process of generalization from real-world experiences and are subsequently partially 'embodied' in the modal systems involved in these experiences, with more abstract representation of conceptual knowledge in heteromodal 'hubs'. We previously developed a model of experiential attributes including not only sensory and motor domains but also affective, social, and other more abstract attributes, and have used it successfully to predict behavioral and brain data; however, this model does not adequately capture the structural component of verb meaning, known as event structure. In the proposed project, we plan to decompose event structure categories into meaningful dimensions based on how they are experienced, and incorporate these into our conceptual model. We will use representational similarity analysis applied to fMRI data collected during verb processing to identify brain regions sensitive to variations in these dimensions and to identify differences in the neural representation of aspectuality and argument structure. We hypothesize that the full model will be associated with activity in widely distributed regions comprising the semantic network, and that information about event structure will be associated with activity in left inferior frontal, posterior temporal, and inferior parietal regions. A better understanding of how verbs are represented could have clinical significance with regard to the development of more sensitive assessment tools and targeted interventions for language disorders.

Abstract
Acquired language impairments resulting from brain injury are known as aphasias. According to the National Institutes of Health, 180,000 new cases of aphasia are diagnosed each year in the United States. The pattern of language impairments varies depending on the location and extent of the lesion, but many patients present with specifically semantic deficits. A major unexplained finding in aphasia research is that selective semantic deficits for animal concepts are substantially more common than selective deficits for human-made artifacts. The present project will address this issue by investigating the nature of the information encoded in the neural activity patterns underlying these concepts in healthy participants. Specifically, we will evaluate the extent to which different types of information (e.g., categorical, experiential, distributional) and different neurocognitive systems contribute to the representation of animal and artifact concepts, with the aim of elucidating the mechanisms that drive their differential rate of impairment. First, we will use functional MRI to evaluate the overall discriminability of the neural representations of animals and artifacts. We predict that, compared to animals, artifacts will be associated with more discriminable neural patterns. We will then use representational similarity analysis to characterize the information content of these patterns. We hypothesize that both animal and artifact concepts rely substantially more on experiential features than on other types of information. Finally, we will evaluate the relative contributions of different experiential features to the neural representation of these concepts. We expect that animal concepts will be associated with a more restricted set of experiential features, particularly visual features. These analyses will be conducted on the same data set, acquired from healthy participants while performing a semantic judgment task on individual nouns. The results will help advance our understanding of semantic language disorders and provide answers to a long-standing question in the field.

Abstract
The overarching objective is a systematic investigation of large-scale oscillatory synchronization underlying lexical-semantic and phonological language processing using magnetoencephalography (MEG) and transcranial alternating current stimulation (tACS). The long-term goal is to provide a critical foundation of evidence to support future studies examining the efficacy of tACS for the treatment of aphasia. Neuronal oscillations are ubiquitous in the human brain. Coherent or synchronous neuronal oscillations that emerge between brain areas are thought to facilitate configuration of functional networks to promote effective and selective transfer of information across regions in a task-dependent manner. Long-range synchronization (LRS) patterns between anterior and posterior perisylvian language regions, underlying component language processes, are poorly understood. Most prior studies have examined oscillatory correlates using spectral power analyses, which quantify local intra-regional synchronization but do not elucidate coupling between regions in the language network. The use of brain stimulation techniques such as tACS to examine the functional significance of LRS in language processing is a fledgling but promising research field. TACS involves delivering sinusoidal currents that can entrain endogenous neuronal oscillatory activity and influence LRS between stimulated regions. TACS thus provides a novel method for examining the physiology of the language network and the causal role of LRS in language processing, but little is known about how parameters such as phase (of alternating currents) affect network function. Additionally, prior tACS language studies have fallen short in their evaluations of LRS patterns in response to tACS phase conditions. To address these gaps, a double-blind, within-subject, sham-controlled experiment is proposed, using MEG to evaluate tACS effects on phase synchronization of oscillatory activity between anterior-posterior language areas during category-exemplar (semantic) and nonword rhyme matching (phonological) tasks, and effects of in-phase and anti-phase 10-Hz tACS on phonological processing and LRS. Our findings will provide a foundation for understanding dynamic functional coupling related to lexical-semantic and phonological processing in healthy language networks.