The human body is always at risk from harmful bacteria and foreign ingested particles that enter through the intestines. The first line of defense is to prevent their physical entry. This is done though a single layer of mucosal epithelial cells which function like skin cells. While this is a good start, the normal process of digestion causes damage to the cells and forms holes in the epithelial layer that can allow harmful materials into the body. To counteract this, the epithelial cells produce a family of important substances called "chemokines."

Chemokines attract other types of cells from the immune system and guide them to the damaged portions of the epithelial layer. As these immune cells accumulate, inflammation occurs. During the course of the inflammatory response, immune cells produce a battery of substances that destroy the harmful organisms and particles but can also cause further damage to the epithelium. The damaged tissue reacts by going through a necessary healing response. Our laboratory has discovered that in addition to attracting immune cells, chemokines protect the body by increasing this healing response, thus limiting the entry of harmful material across the damaged tissue. 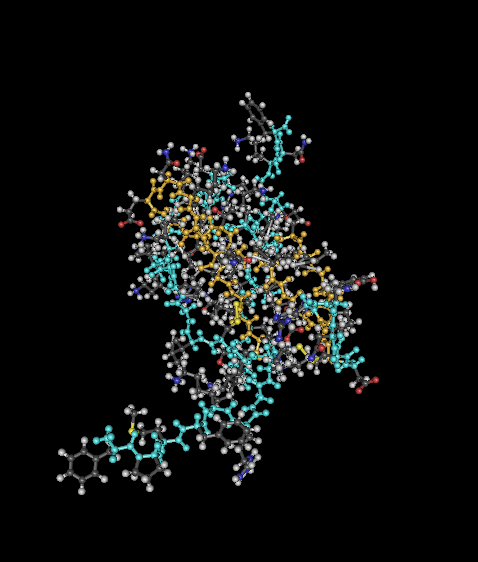 The complexity of Chemokine interactions within a cell

Several human diseases including Crohn’s disease, ulcerative colitis, and Celiac disease show signs of prolonged and persistent inflammation. It is unknown whether this increased inflammation is a result of an abnormal immune response, or if the increased immune response is caused by a change in the epithelial cells which alters the regulation of healing and ultimately slows cell migration. 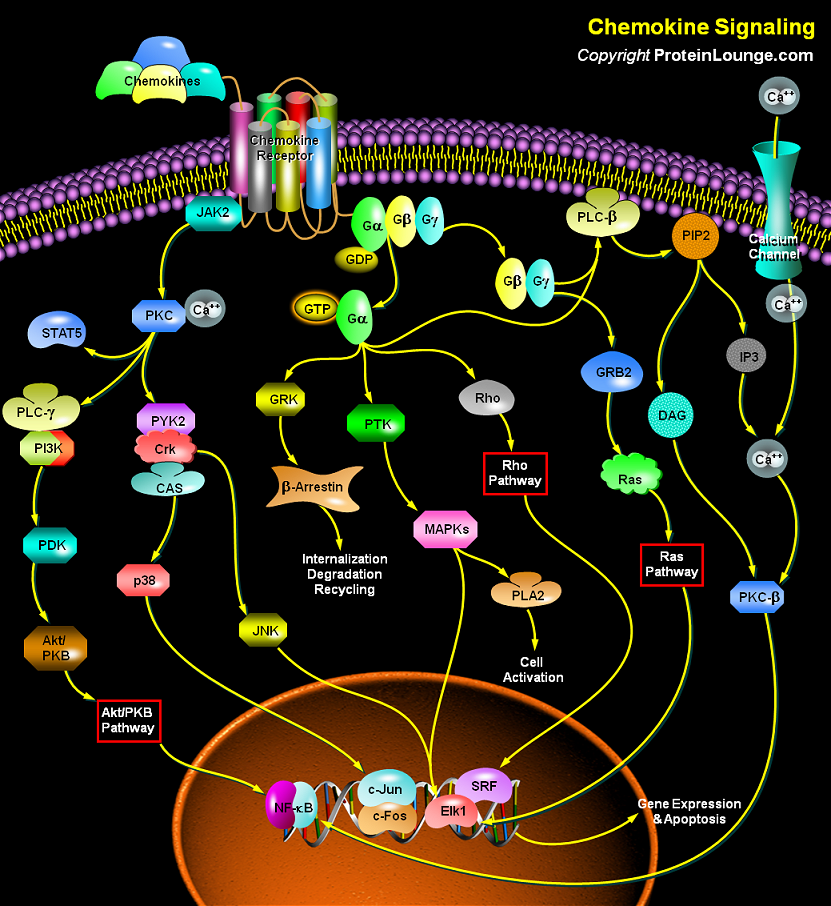 Inflammation is a critical protective immune response. However, over time, uncontrolled inflammation can increase the risk of developing cancer, including colorectal cancer. It is unclear how inflammation results in structural or genetic changes in epithelial cells that may eventually lead to the formation of tumors. 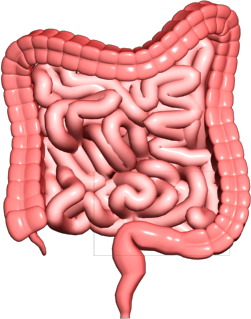 Colorectal cancer is one of the most commonly diagnosed cancers in the United States and the second leading cause of cancer-related deaths in the U.S. Colorectal cancer is a leading risk factor of the inflammatory bowel diseases with an incidence rate of 49.5 per 100,000 people. Information from the Centers for Disease Control and the National Cancer Institute indicate that in 2004 more than 145,000 Americans were diagnosed with colorectal cancer and more than 53,000 deaths resulted from the disease.

Colorectal cancer is diagnosed in ascending stages of severity. In the early stages, the tumors only exist in the intestines and have not yet spread – or metastasized – to the lymph nodes or other organs and tissues in the body. The standard treatment for colorectal cancer detected at this stage is the surgical removal of the affected areas. Even with treatment there is an increased risk of metastasis to other parts of the body.

Since metastasis is one of the biggest obstacles in the treatment of cancer, and the mechanics of wound healing in inflammation and development of tumors are not well understood, the Dwinell laboratory is performing new and innovative studies to increase our understanding of how tumors move and exit from the initial site of tumor growth. The ultimate goal is to slow the spread of cancer and increase survival by limiting metastasis and reducing the viability of tumors that have moved.

Return to the Dwinell Lab 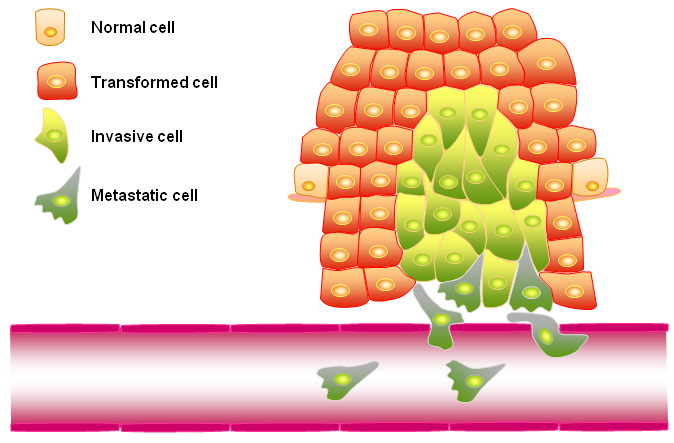