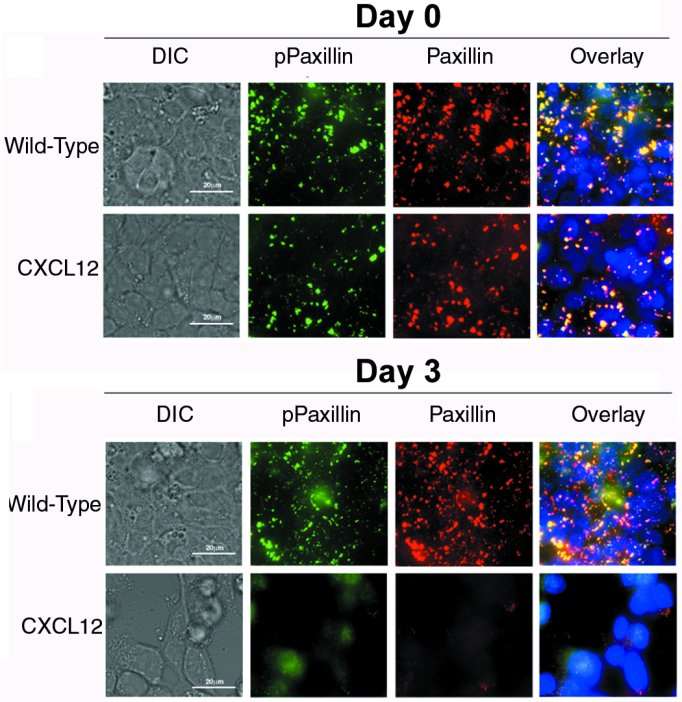 Colon cancer cells were engineered to re-express the chemokine, CXCL12, and differences in adhesion were visualized using immunofluorescence microscopy. Overlay (yellow) of active phosphorylated paxillin (green) with total paxillin protein (red) were used to define the localization of focal adhesions in colon cancer cells at day 0 and day 3 of adherent cultures. These data show a loss of focal adhesion protein signaling upon production of CXCL12 compared to wild-type control cells. (Data collected by Luke Drury.) 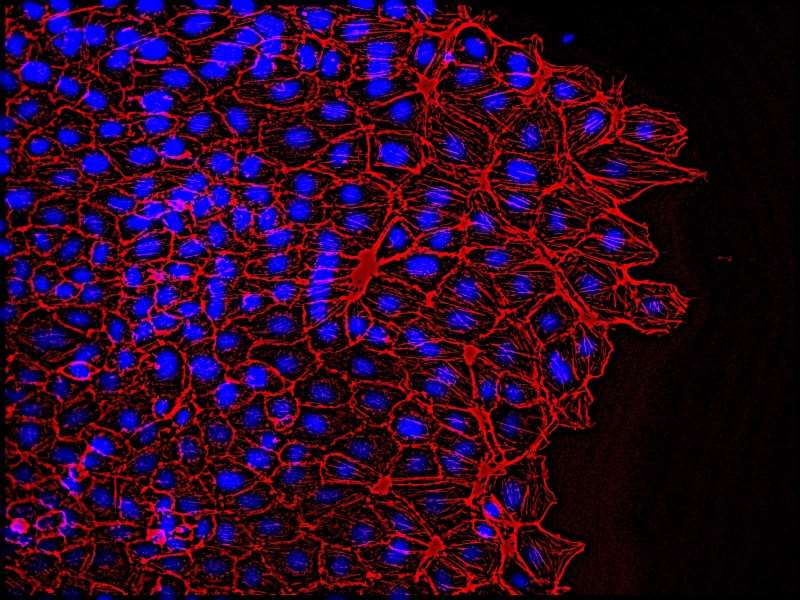 The photomicrograph shows epithelial cells migrating, from left-to-right, after being stimulated with the chemokine CXCL12. The cells have been stained so that the filamentous actin cytoskeleton appears red. The nuclei of individual cells have been labeled with a dye so that they appear blue. This image was printed on the cover issue of Beccy Vongsa's (Moyer) paper in Laboratory Investigation. 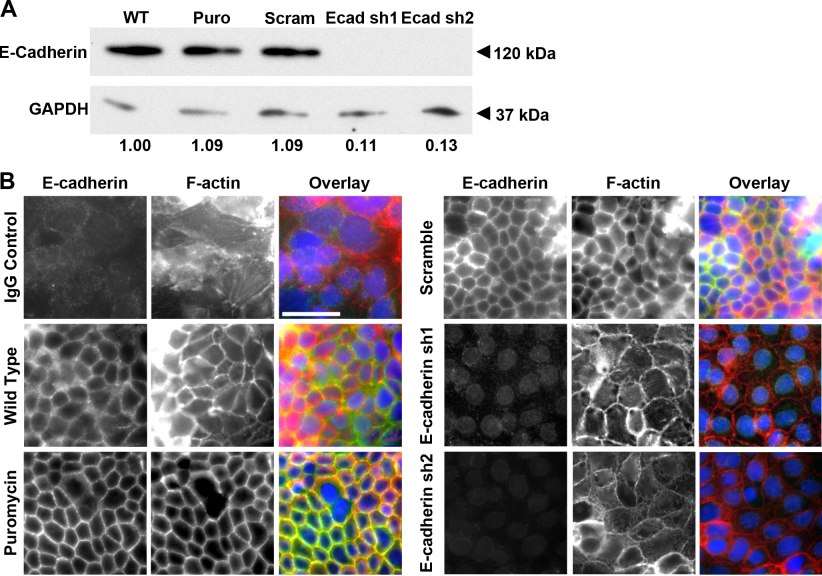 This photomicrograph is a series of images of intestinal epithelial cells that have been stained so that we can visualize the expression levels of the adherens junction protein E-cadherin. To investigate the role for E-cadherin to participate in epithelial restitution, that is migration to cover an epithelial injury, we created cells in which E-cadherin had been knocked-down using shRNA technology. E-cadherin is labeled in green as shown in the wild-type cells. The actin cytoskeleton is shown stained with a marker that appears red using the fluorescence microscope. The decrease in green cooler in two separate cell lines, labeled sh1 and sh2, indicate that we have significantly depleted the E-cadherin protein in those cells. shScramble and puromycin cells are included as two shRNA controls. These data were generated by Soony Hwang as part of his doctoral research.

Support from the We Care Fund

Footage of Ishan Roy working in the Dwinell lab was part of a video for the We Care Fund. The fund supports labs like the Dwinell lab with the goal of accelerate the development of advanced, life-saving solutions in the fields of cancer, cardiovascular disease, organ transplantation, and trauma. Dr. Michael Dwinell is a member of the scientific committee for the We Care Fund.