Non-coding variation and the genetics of malaria susceptibility

Genetic variation is the currency of evolutionary adaptation and is a potentially powerful future avenue in the pursuit of new malaria control tools. This is particularly true at the current moment, when existing simple malaria control tools (e.g., insecticides, drugs, and bednets) are failing due to rapid evolutionary responses of the vector and parasite resulting in insecticide or drug resistance. Thus, understanding the strong natural genetic mechanisms that underlie control over mosquito infection with Plasmodium could lead to new malaria control tools that are naturally rooted in the genome and ecology of the vector.

It is well known from model systems like humans and mice that the vast majority (>90%) of SNPs associated with genome wide association studies (GWAS) lie in the non-coding portion of the genome. However, as there is no amino acid by which to interpret functional consequences within the non-coding region we have no way to identify nor interpret function for non-coding elements. One important class of non-coding elements is enhancers which are short DNA sequences that modulate expression for suites of genes and act independent of position or orientation in the genome.

We have applied a next generation sequencing approach to generate a genome-wide catalog of transcriptional enhancers in Anopheles. The STARR-seq assay (Self-Transcribing Active Regulatory Region sequencing) is a massively parallel reporter assay that detects enhancers directly and is in essence a simultaneous genome wide luciferase assay, with the notable exception that it measures enhancer-dependent transcript levels, rather than light output due to translated protein.

We are coupling next generation sequencing with our enhancer catalog to identity and functionally characterize nucleotide variants within enhancers regulating genes with known immune function. We use CRISP-Cas9 approaches to definitively establish function.

The mosquito microbiome and mosquito immunity 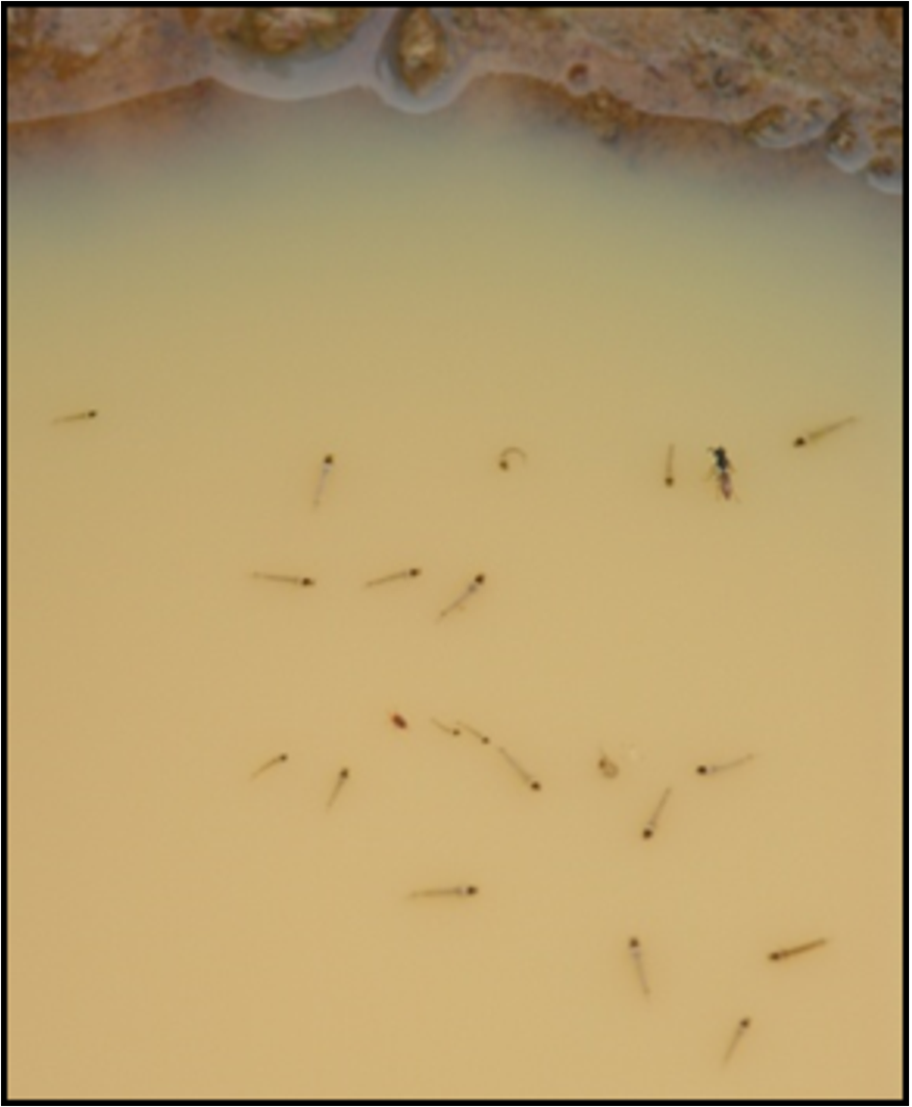 Studies of the microbiome have risen exponentially in recent years as components of the gut ecosystem are linked to numerous important health problems. We are interested in characterizing both the prokaryotic and eukaryotic microbiome of mosquito vectors and tying this to mosquito immune function. Mosquito larvae have an aquatic lifestyle and are continually exposed to environmental microbes throughout their larval development. Some of these environmental microbes are closely related to the same parasites that cause malaria. We hypothesize that repeated exposure to prokaryotic and eukaryotic microbes during their development has an impact on mosquito immunity and has shaped the mosquito response to malaria infection. Compared to the prokaryotic microbiome, relatively little is known about the eukaryotic microbiome as it is technically more challenging to profile. To this end we worked out a peptide nucleic acid blocker (PNA Blocker) technique which selectively represses amplification of 18S target from mosquito template enriching for amplification from mosquito associated eukaryotic microbes. (Belda et al., Scientific Reports, 2017). We are also interested in how specific members of the mosquito microbiome effect mosquito gene expression and how this alters the immune response to parasites and arboviruses.

Return to the Riehle Lab